Branksome Hall is an independent all-girls school in the Rosedale neighborhood of Toronto. Founded in 1903, the school was originally located in a rental property on Bloor Street before moving to the Hollydene property in 1912. The school educates young girls from kindergarten through to grade 12, with an enrollment rate of nearly 900 students. Throughout the years the school has expanded to encompass over a dozen buildings, both heritage properties and modern builds, while the main Hollydene property has remained.

The original building was in need of slate roofing repair after the age and weather conditions began to damage the natural slate tiles. Heather & Little was proud to take on this slate roofing project and restore the historic building to its original glory.

When Heather & Little began the Branksome Hall slate roof, the entirety of the existing roof and metal work had to be removed. Reinstallation of roofing elements included both slate and copper work. We restored many elements of the building’s roofing structure, such as:

Traditional natural slate was used for the slate roofing system, and copper sheet for all copper work. The restored slate roof will sit atop Branksome Hall for years to come, and be a reminder of the original school building’s history as modern buildings begin to surround it.

For more information about the Branksome Hall slate roof project, view the images below or reach out to a member of our team today. 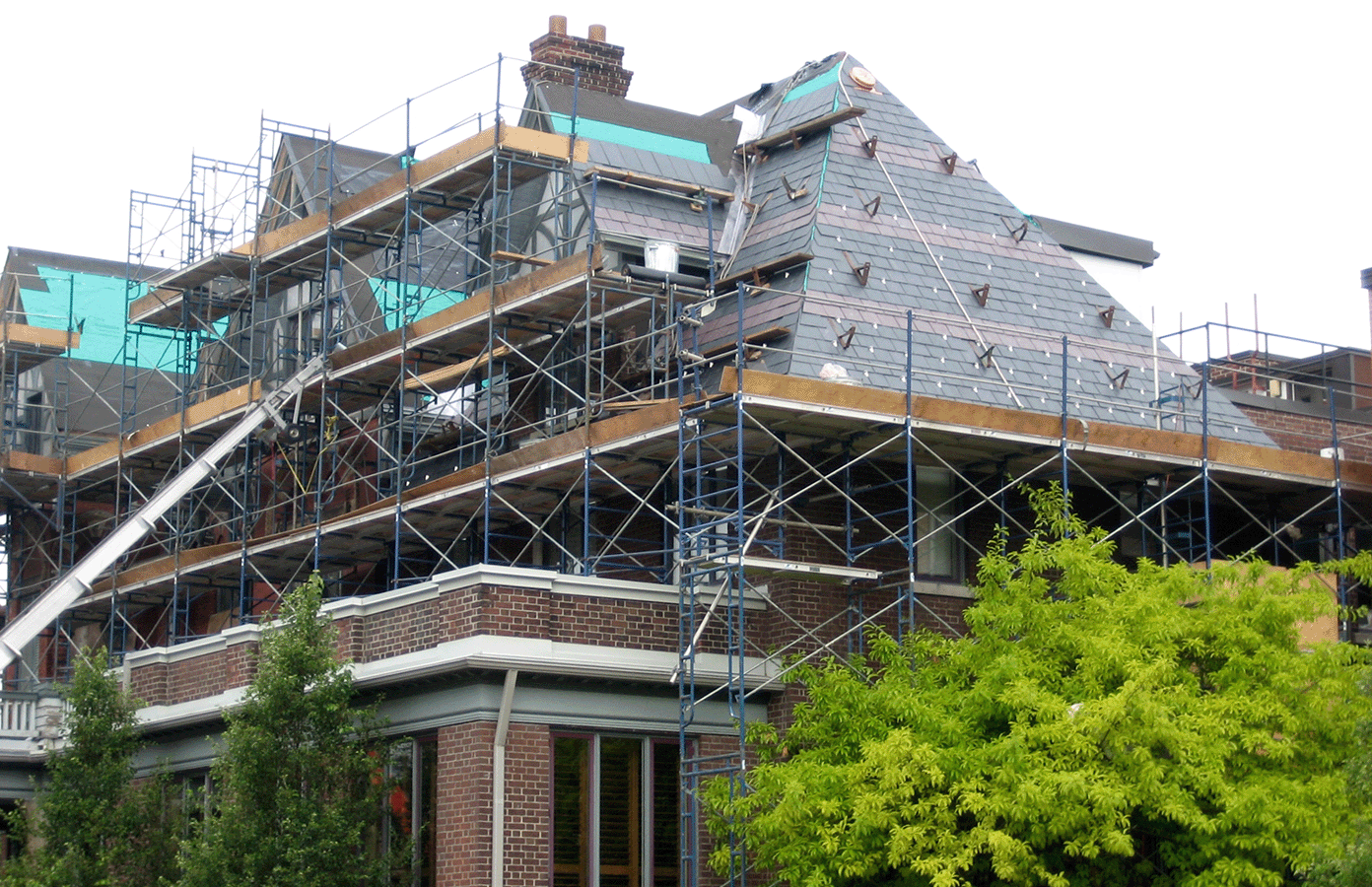 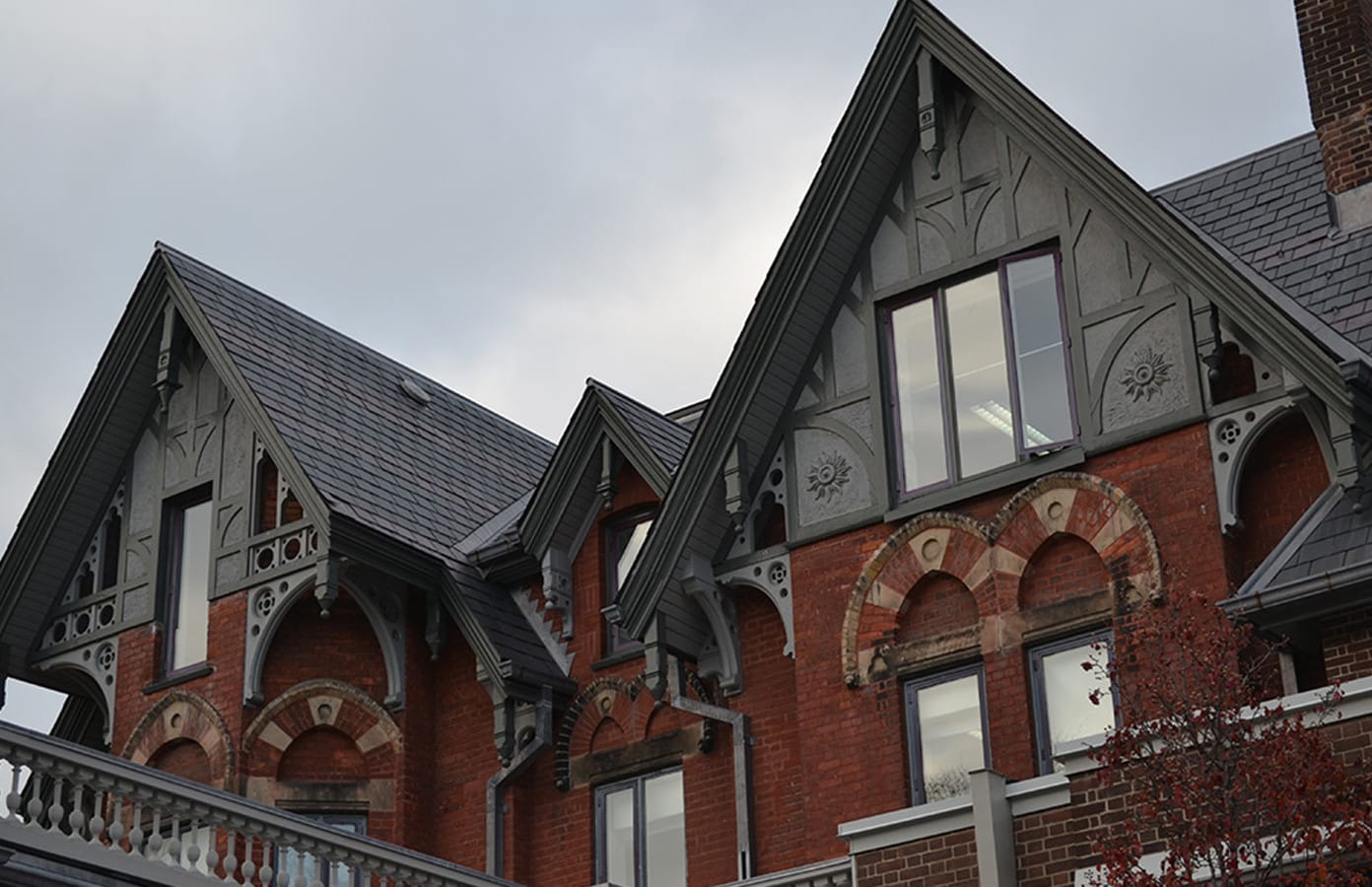 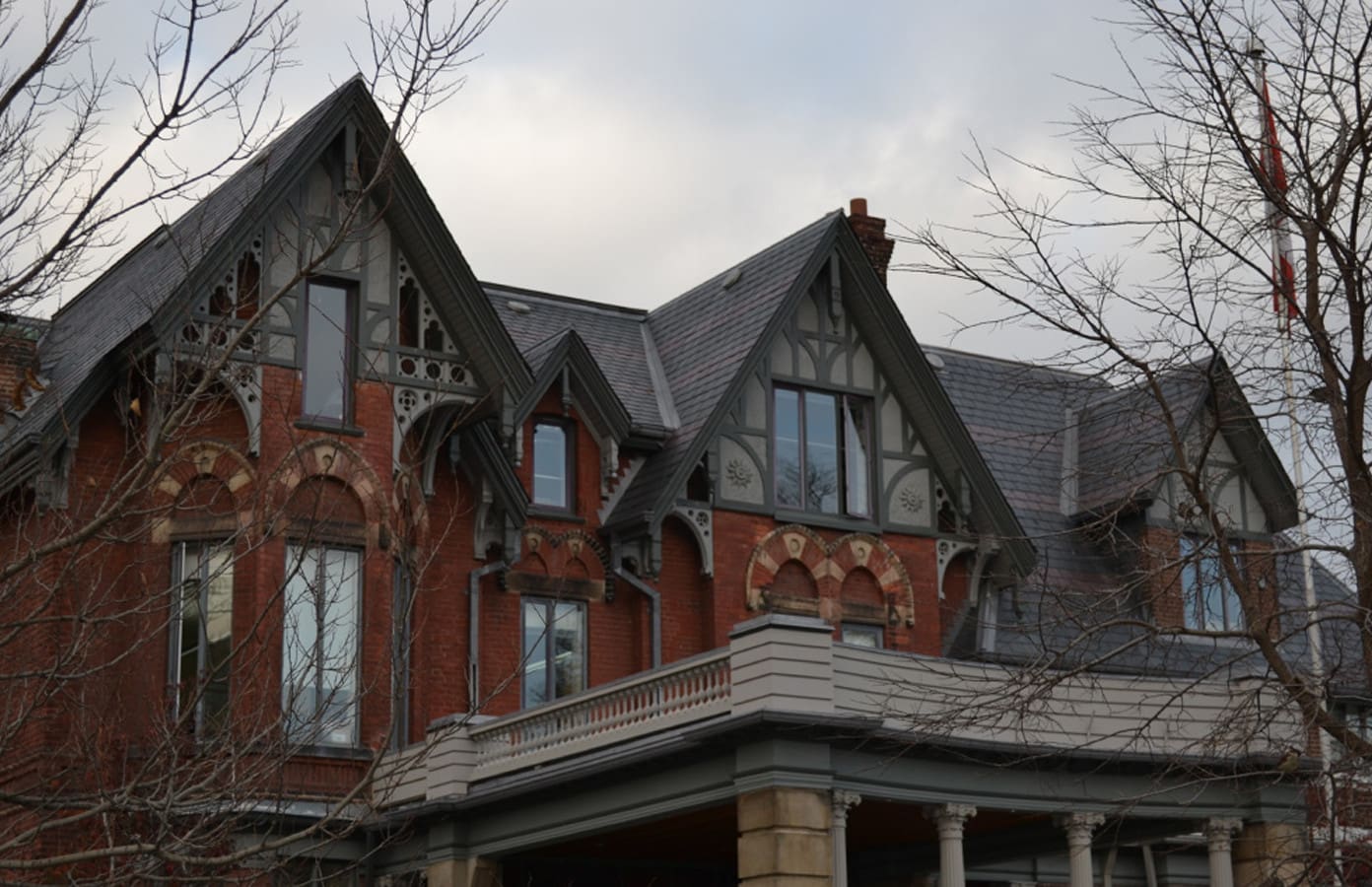 Close up of Slate roof on Branksome Hall, Toronto.