The oft-renamed Theatre (Pantages, Imperial, Imperial Six, Pantages again, Canon, Mirvish and now CAA Mirvish) opened its doors in 1920. It was once one part of the celebrated Pantages vaudeville circuit but changing tastes and a shift from vaudeville to movie theatre left the interior and exterior robbed of their original character. When the theatre was refurbished in 1988 with the aim of recreating its 1920 appearance there was little original material left to restore. On Yonge Street, the original façade was reconstructed using photographs and architect Thomas Lamb’s original drawings for reference. As well, a new false façade was created along Victoria Street between the fly tower and the entrance lobby that included decorative metal work that mirrored the detailing of the marquee.

Heather & Little were brought in to repair the 1980s embellishments. When the exterior decorative detailing had been added in the 80s, it was fabricated with light gauge galvanized sheet metal that needed some care and restoration. H&L recreated the sections of the decorative metal work that needed to be repaired with stamped sheet copper in approximately 3–4-foot sections. The copper was chosen over galvanized as it was more malleable in taking the low-profile stamping details and would have a longer life span. Areas recreated included the Yonge St. marquee, egg and dart mini cornice, rope detail and the “picture frame” detail. The copper was then painted black with gold highlights and installed on site along with the remaining elements like the cast aluminum art deco “lady” panels, that were in good condition. To learn more about the Mirvish Theatre decorative stamped sheet metal refurbishment, browse our gallery of images. 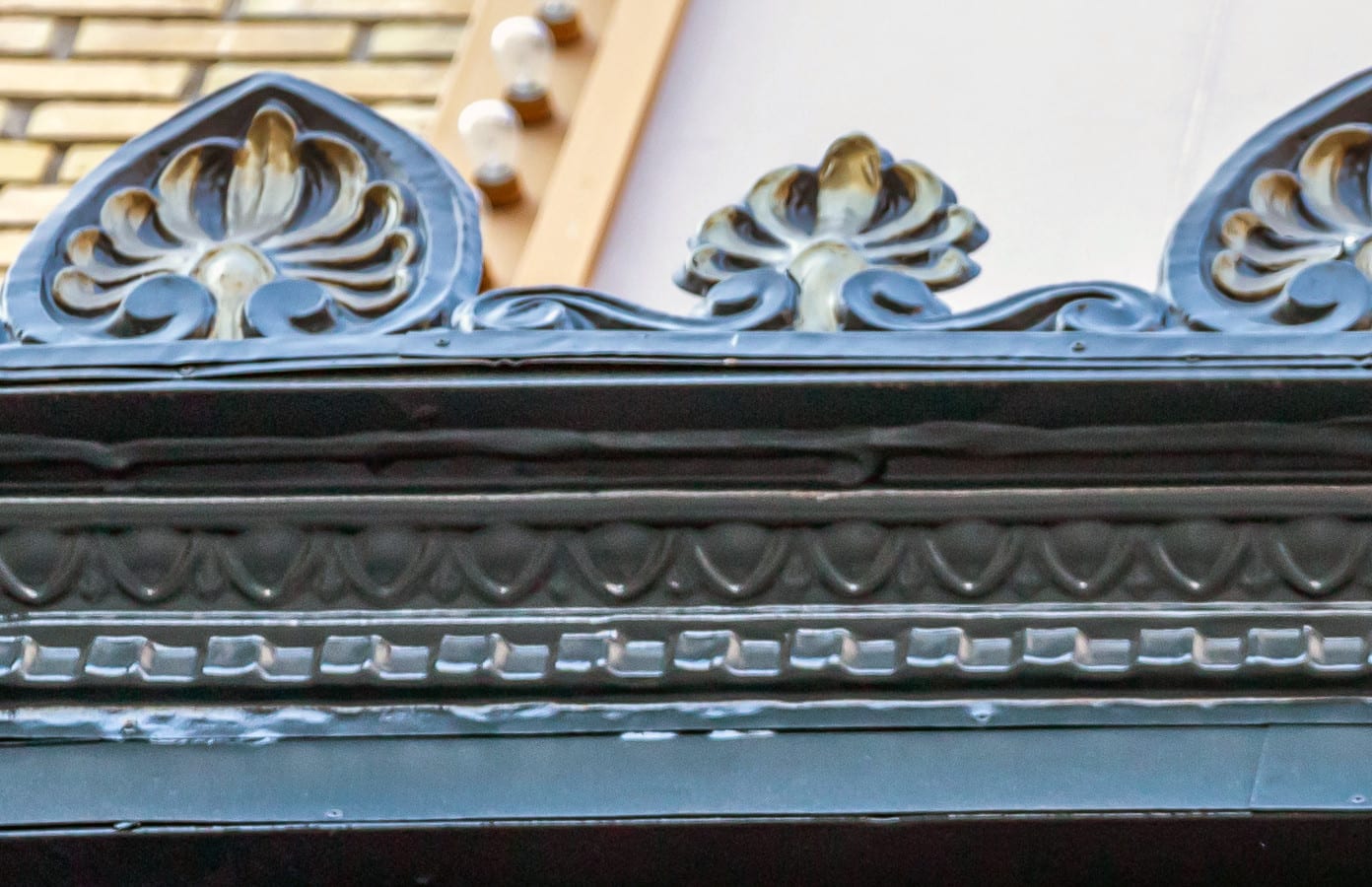 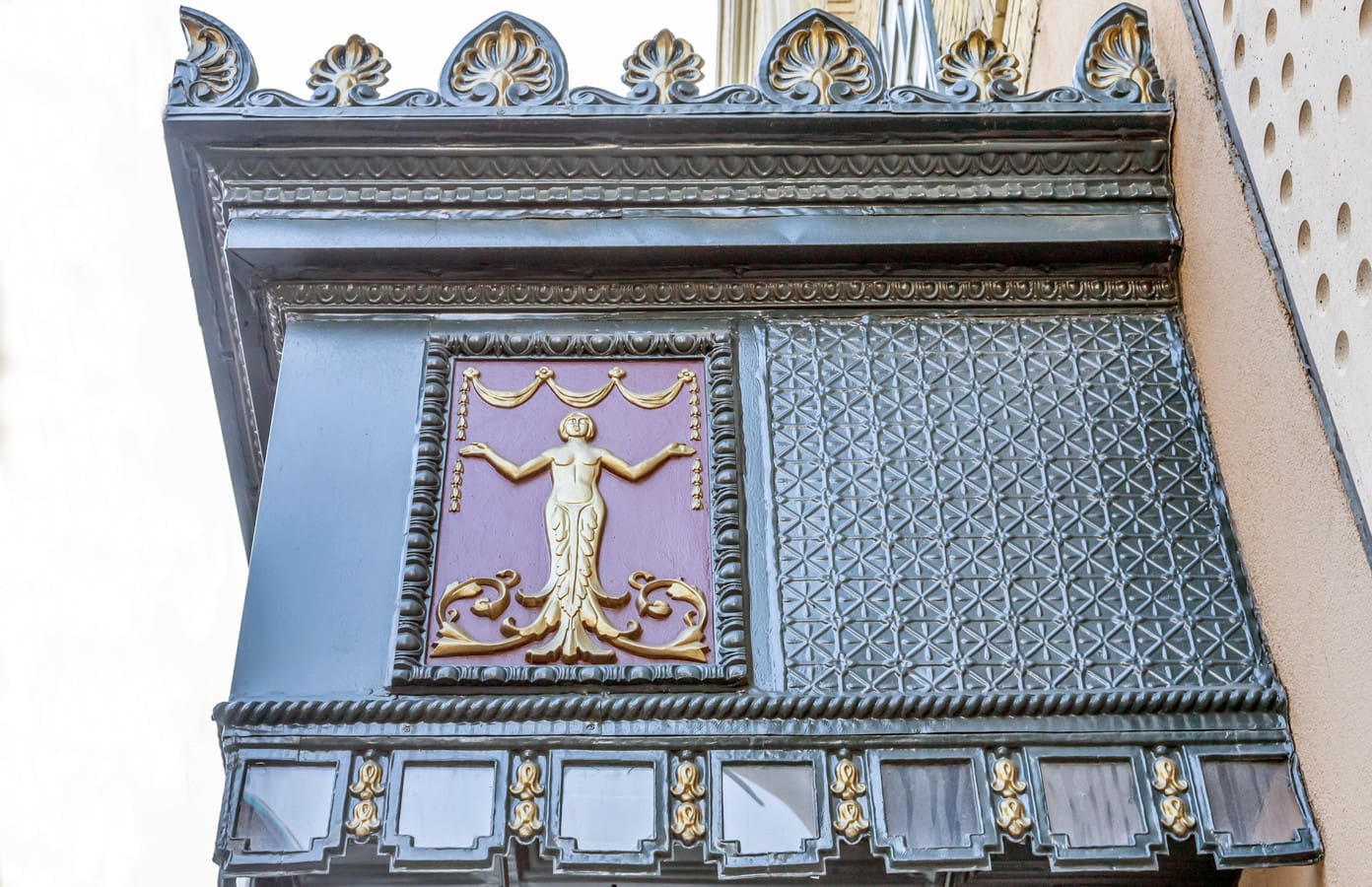