The Château Laurier in Ottawa is a historic hotel located in the downtown core of Canada’s capital designed in the French Gothic Châteauesque style. Meant to be a reflection of the other traditionally designed parliamentary buildings in the area, the project was commissioned by the Grand Trunk Railway for $2 million dollars between 1909 and 1912. Though the railway president who commissioned the building perished returning to Canada on the ill-fated Titanic voyage never to view the final design, the hotel quickly became one of the most important lodgings in Ottawa.

The beautiful Château Laurier is a piece of Canadian history, located in downtown Ottawa adjacent to the Parliament Buildings on the Rideau Canal, its style is French Gothic Châteauesque. Opened in 1912 with an official unveiling by Prime Minister Wilfred Laurier himself, no expense was spared when building this beautiful landmark. With granite blocks, white Italian marble, travertine staircases, and new copper roofing, the Chateau opened to widespread excitement.

When Fairmont, the new owners of the hotel, decided it was time for a complete exterior restoration and restoration of the decorative copper work back to its original appearance, Heather & Little was proud to take on this task.

When the Château Laurier required a roof restoration, Heather & Little worked along with the Fairmont Property Managers, and Cooke Engineering of Ottawa to replace the copper roofing system. It had been over 30 years since the roof had last been worked on, and it was in need of extensive repair. Over the course of the next six years the roof was almost completely replaced. The roofing was replaced with 16-ounce standing seam copper roofing with 20-ounce copper valleys and copper water tables, an air vapour barrier system was introduced, along with snow restraint systems, copper air intake louvers, and decorative copper elements were also reproduced.The final copper roof was a significant improvement over the former roof, and added that level of intrigue and interest to the historical property that had once been lost. 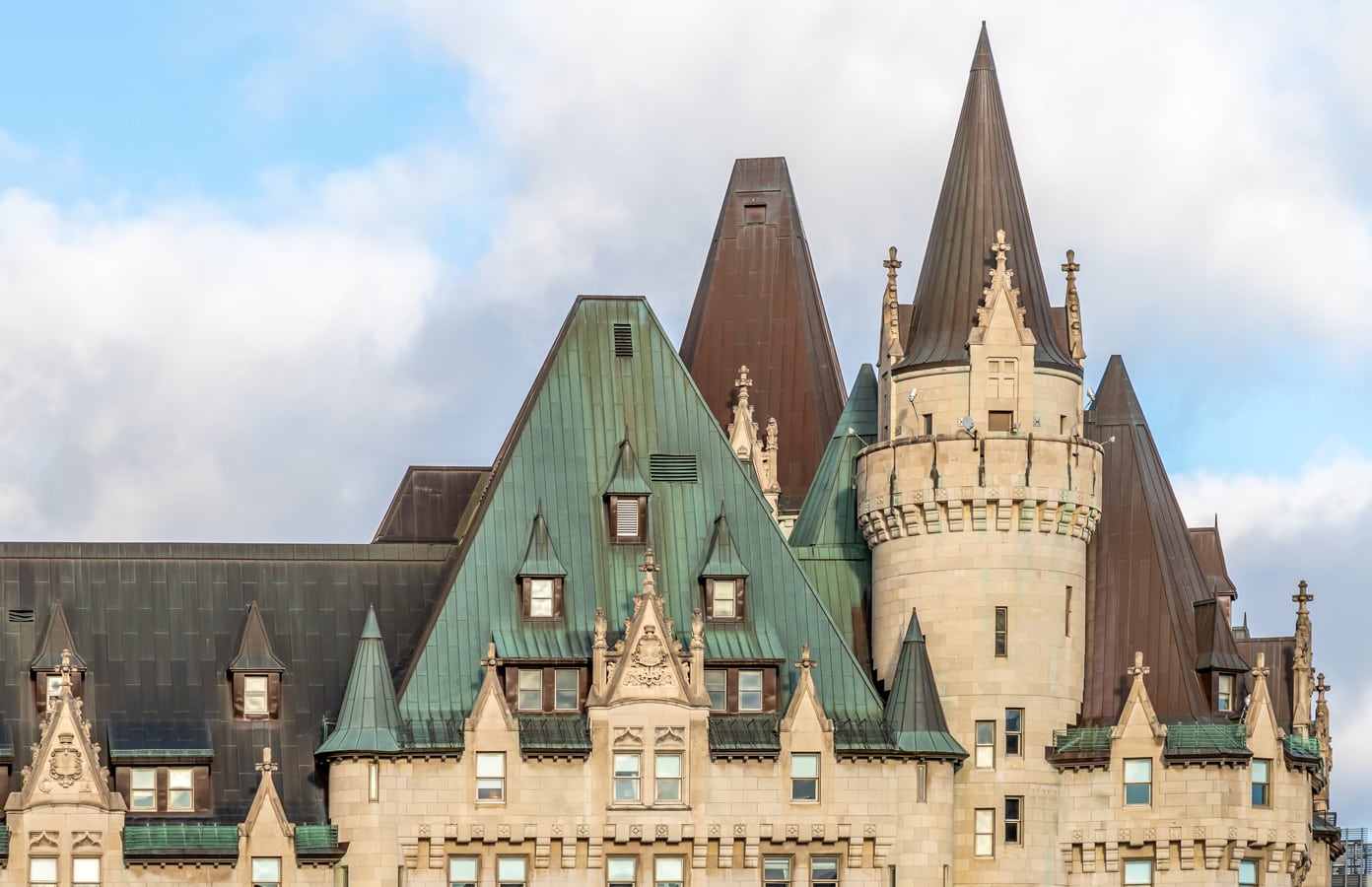 The patina is developing. Due to the difficult access and steep roof pitch the majority roofing had to be done from bosom chairs. 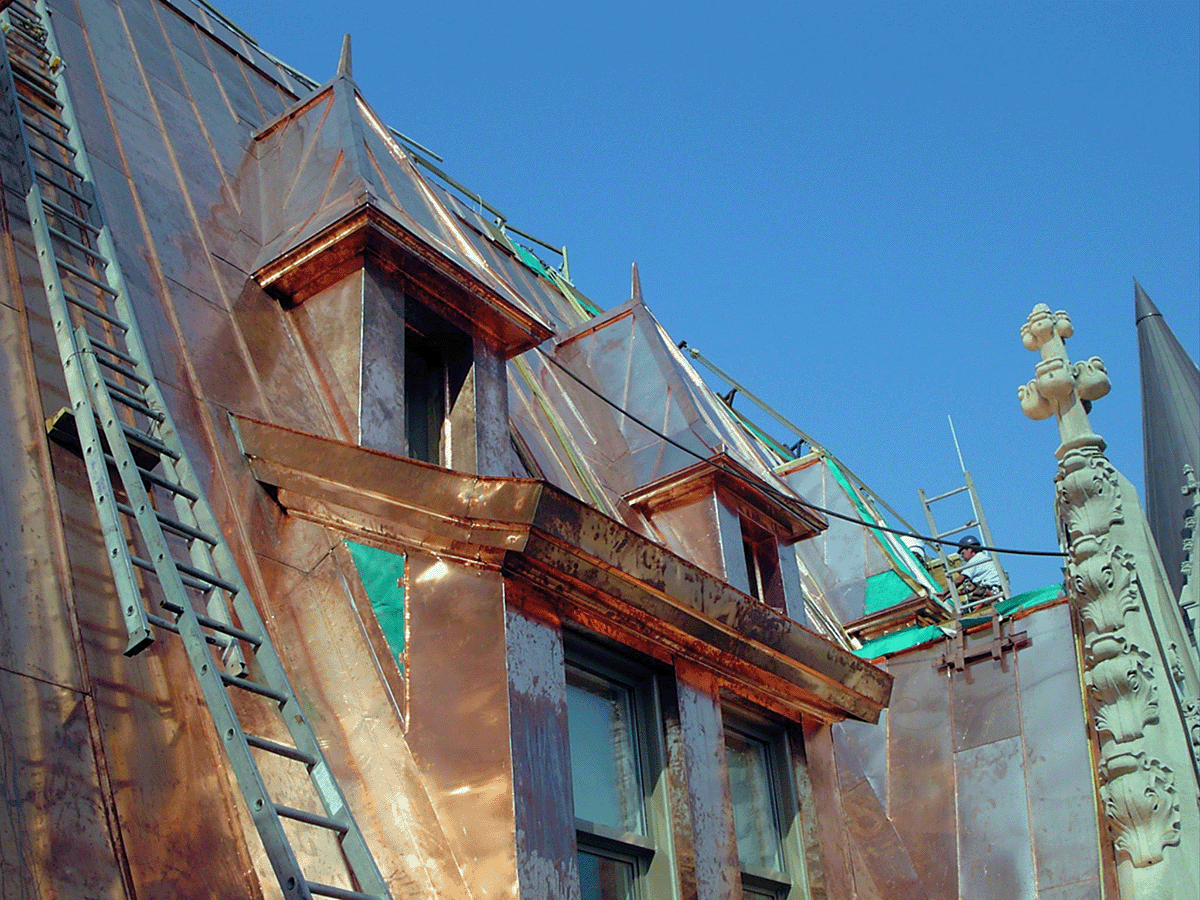 Hundreds of copper dormers throughout the roof areas. 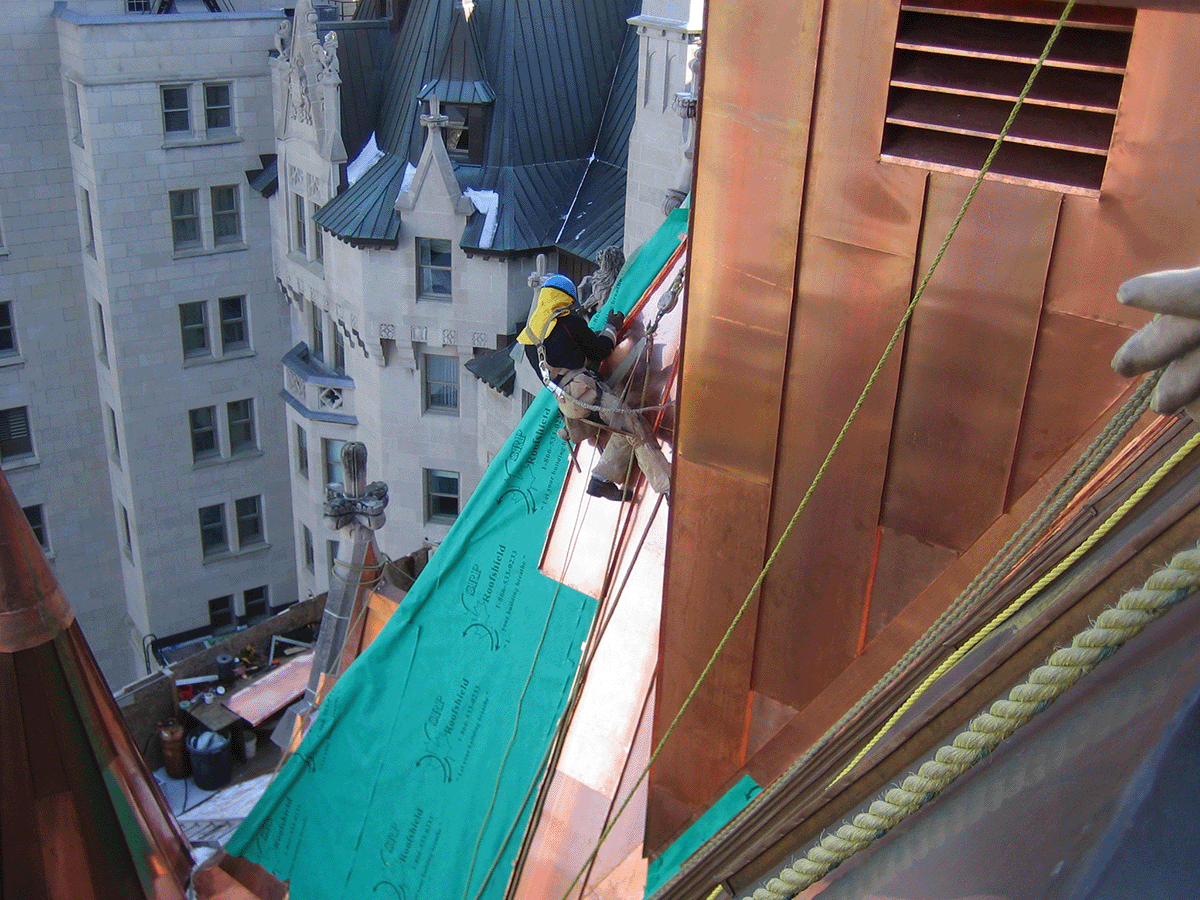 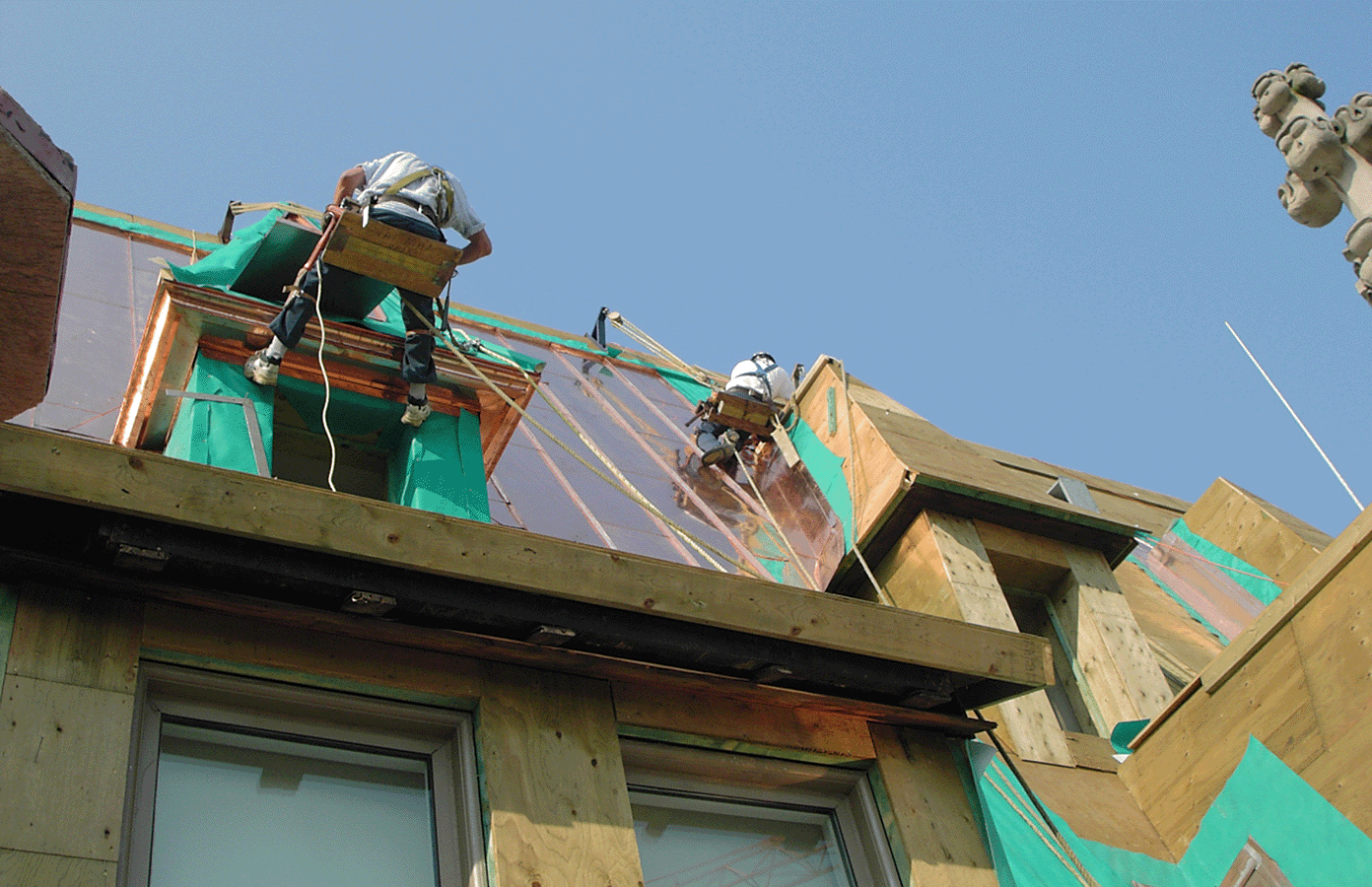 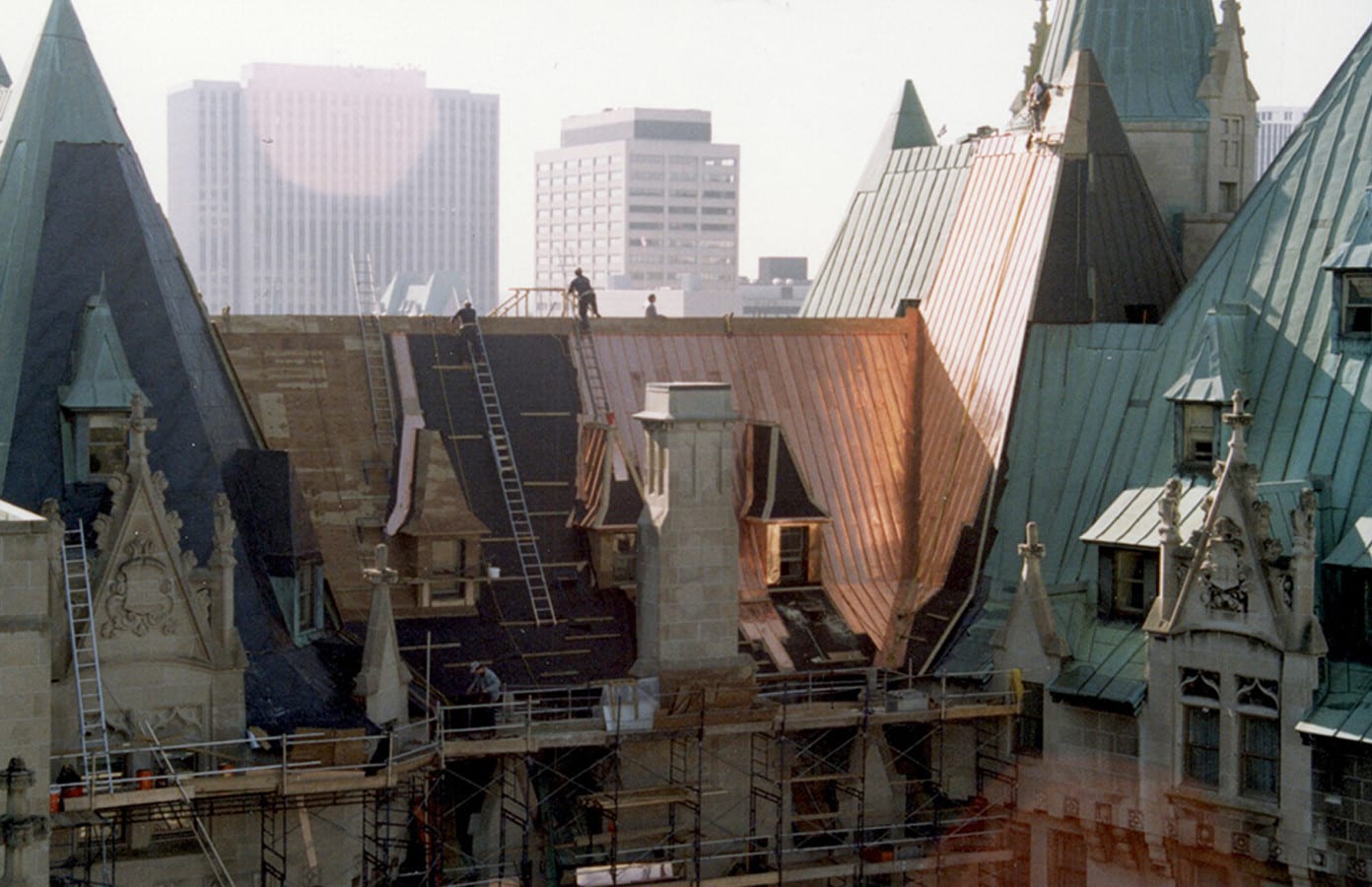 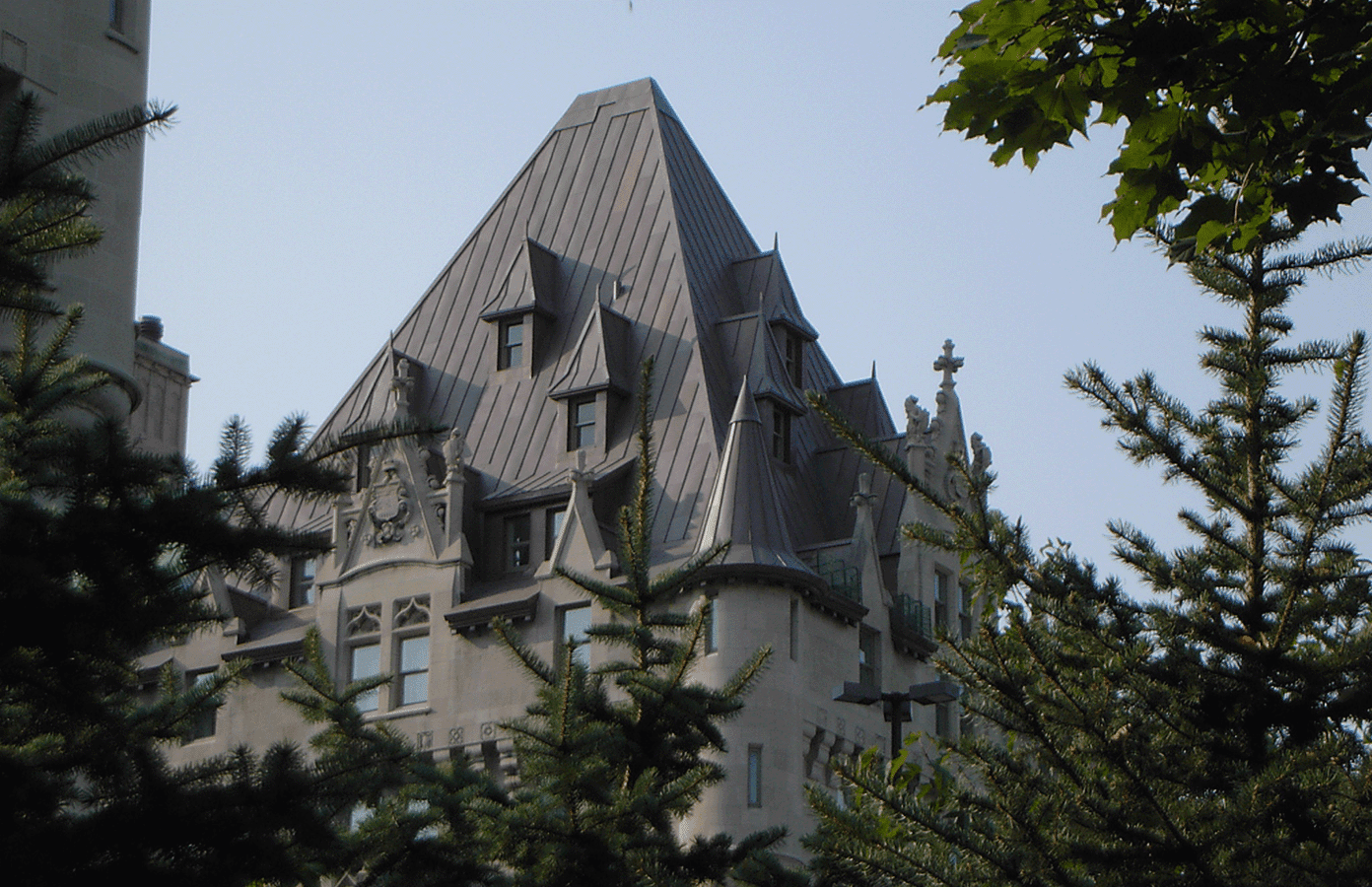 The last phase of copper roofing by H&L complete with cornering copper turrets. 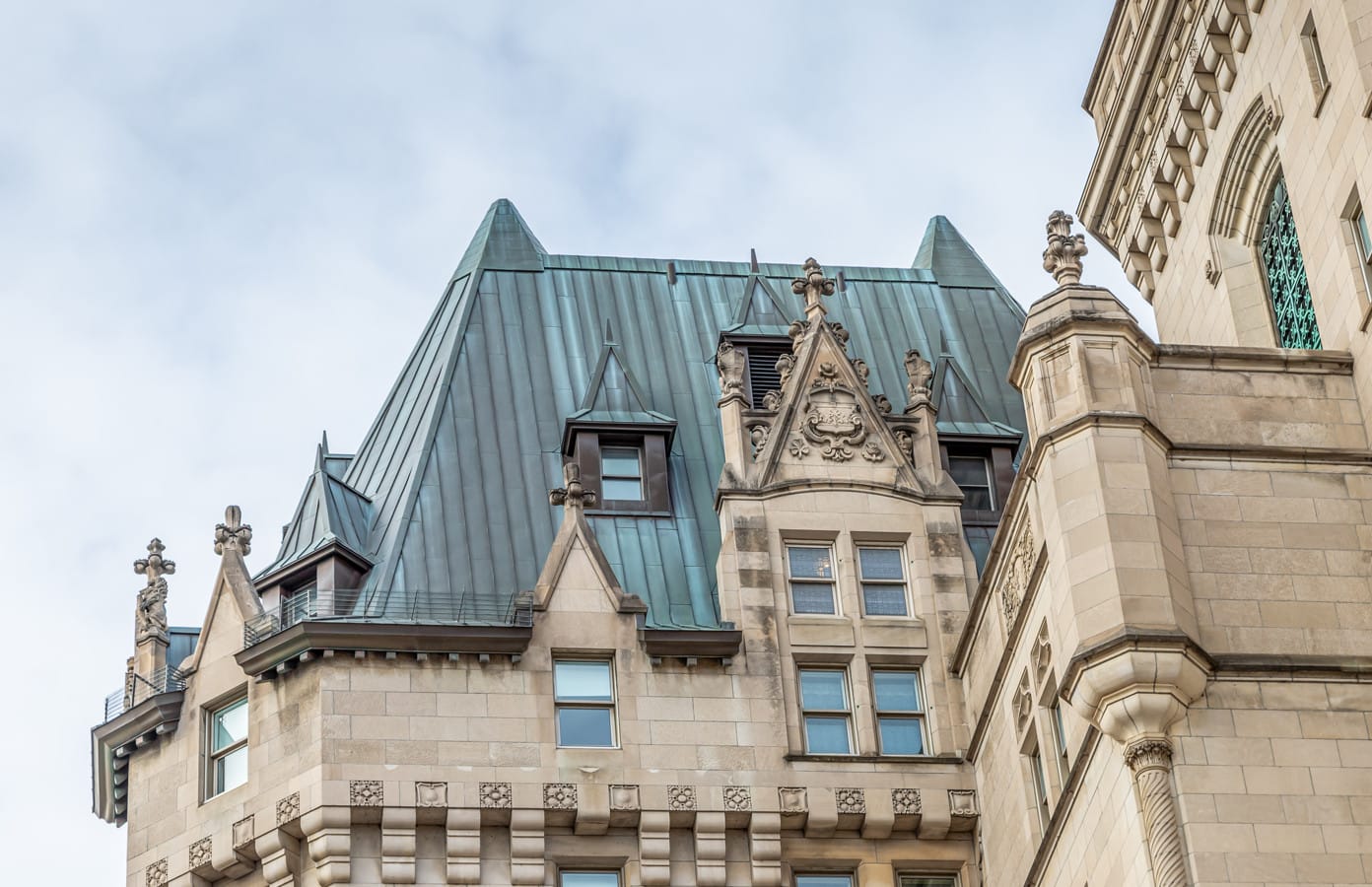 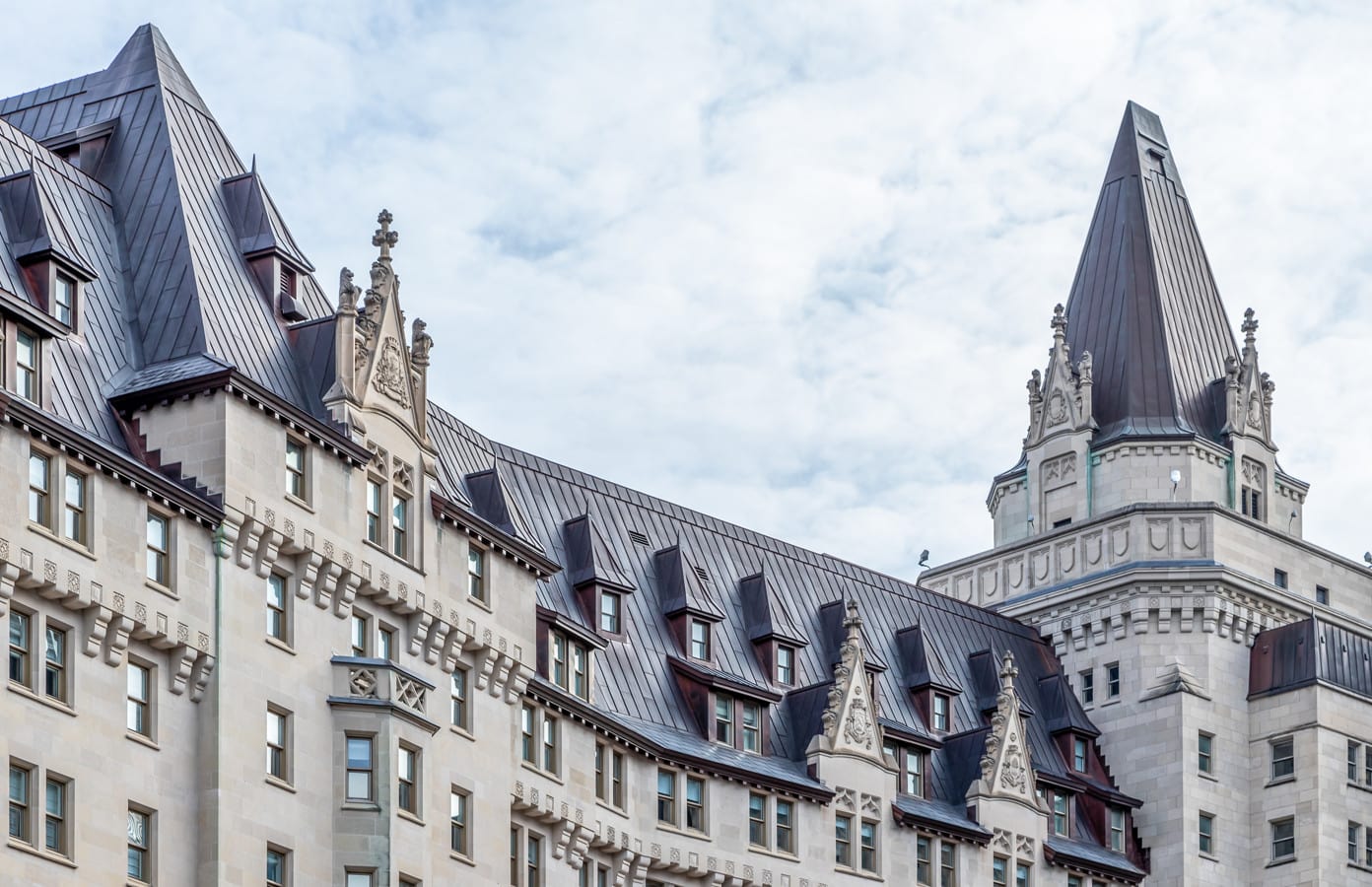 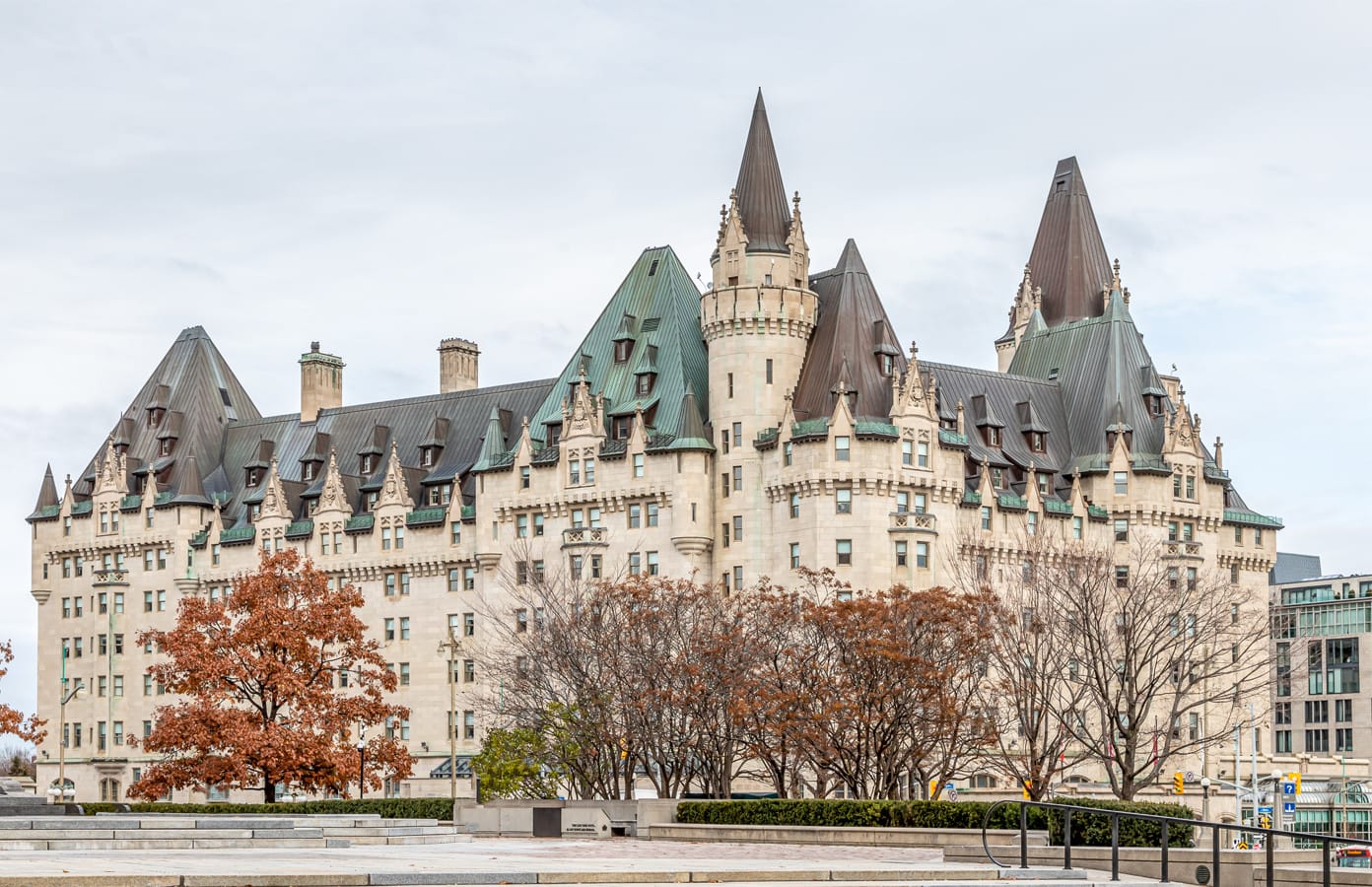