Originally designed by architect Charles Howard Crane in 1923 the Federal Building at 85 Richmond Street West is one of Toronto’s few remaining first-generation “skyscrapers.” However, many fine details had been neglected over the years and conservation work was needed. Working with +VG Architects, H&L replaced tiled spandrels between the first and second-floor windows with new stamped metal panels designed to reflect the original design and recreated the metal panels between the top two floors. It was assumed that the panels would be stamped metal, however we discovered that the panels were far too detailed to stamp. In fact, each dental element had to be fabricated individually and then applied to the panel.

The highlight of the work was the fabrication of the 303-foot-long Beaux Arts inspired pressed-metal cornice at the roof level.  The cornice had been removed in the early 1950s and either lost or disposed of. All H&L had to work with was a single historic photo of the building showing the cornice and a line drawing from the architect indicating what the new cornice might look like. From these two-dimensional resources we utilized existing dies as well as new custom dies to create a full scale six foot long by approximately 8-foot-high sample prototype segment in the shop. When the lead coated copper mock-up was assessed, the architects determined more detail was called for. Several design iterations ensued, until a final design found approval, featuring dentil work in various sizes, rosettes, modillions, parapet details called antefix anthemion, cresting and topped with finals called corner acroterion. Installation of the cornice required the use of a swing stage, meaning only short segments could be installed at one time. There were punishingly demanding tolerances required for the installation of each segment as even tiny disparities had the potential to magnify over the full length of the cornice. Once completed, the Federal Building was restored to the elegant style it held when first built, and was Nominated for the 2021 Heritage Toronto Built Heritage HT Award. To learn more about the Federal Building restoration browse our gallery of images. 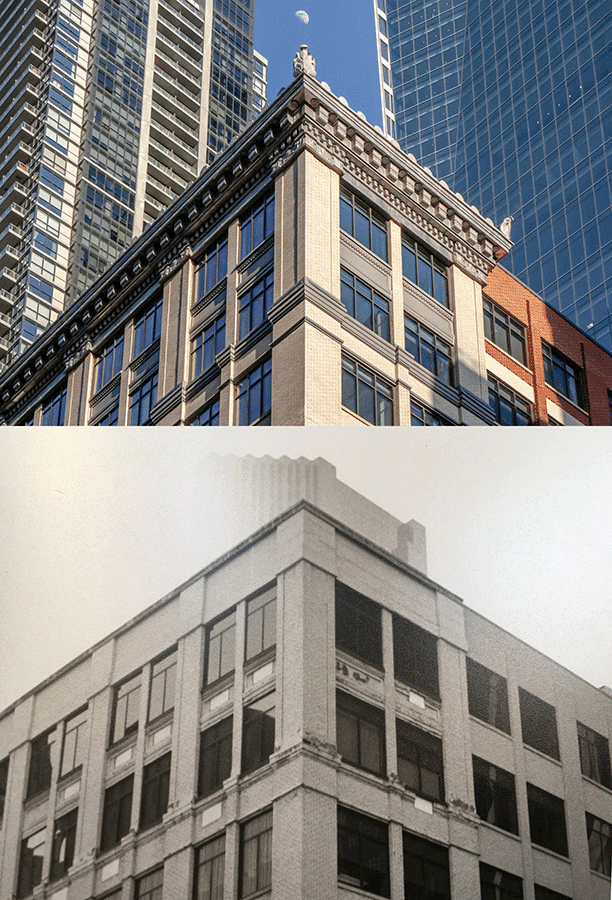 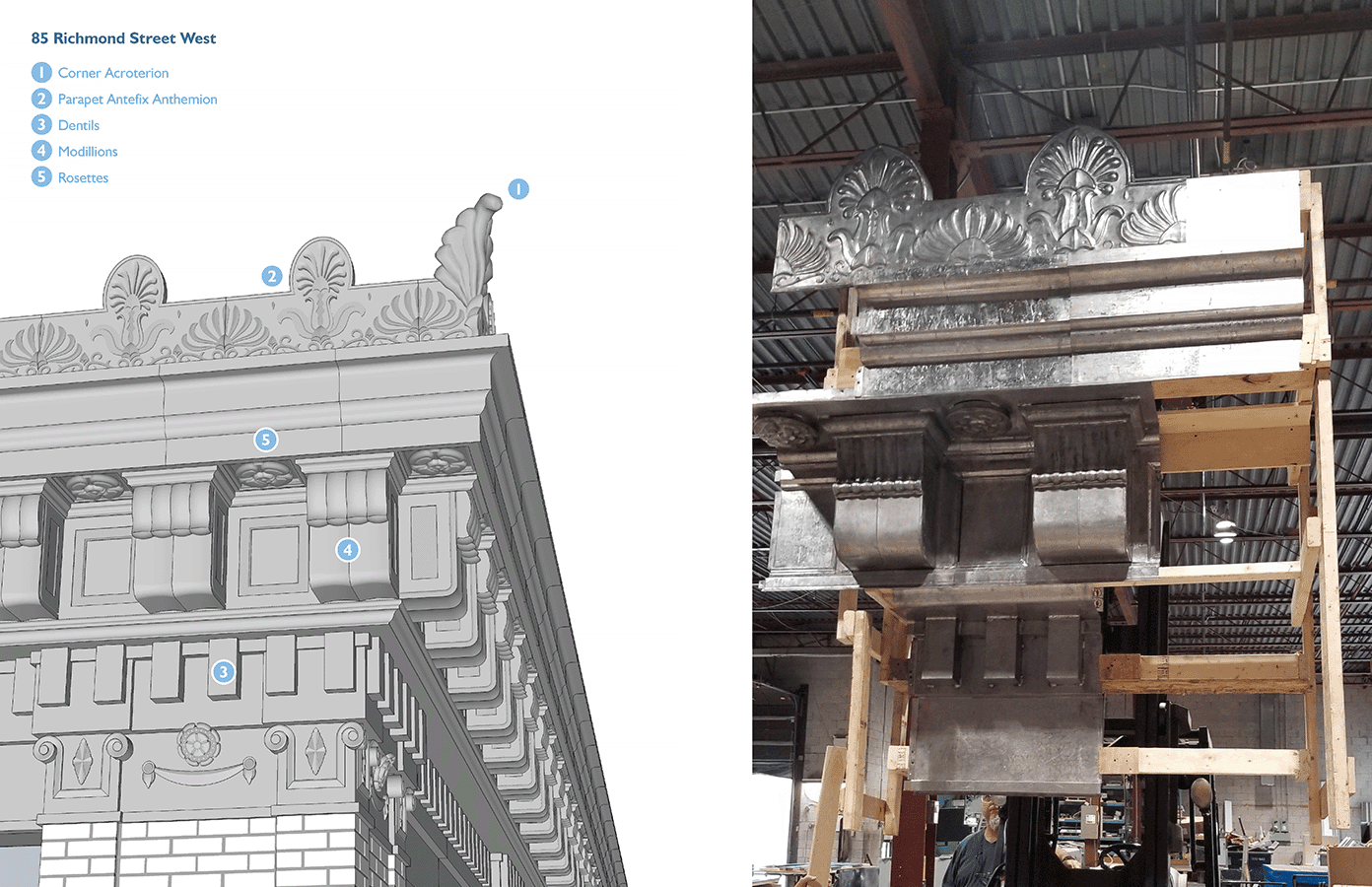 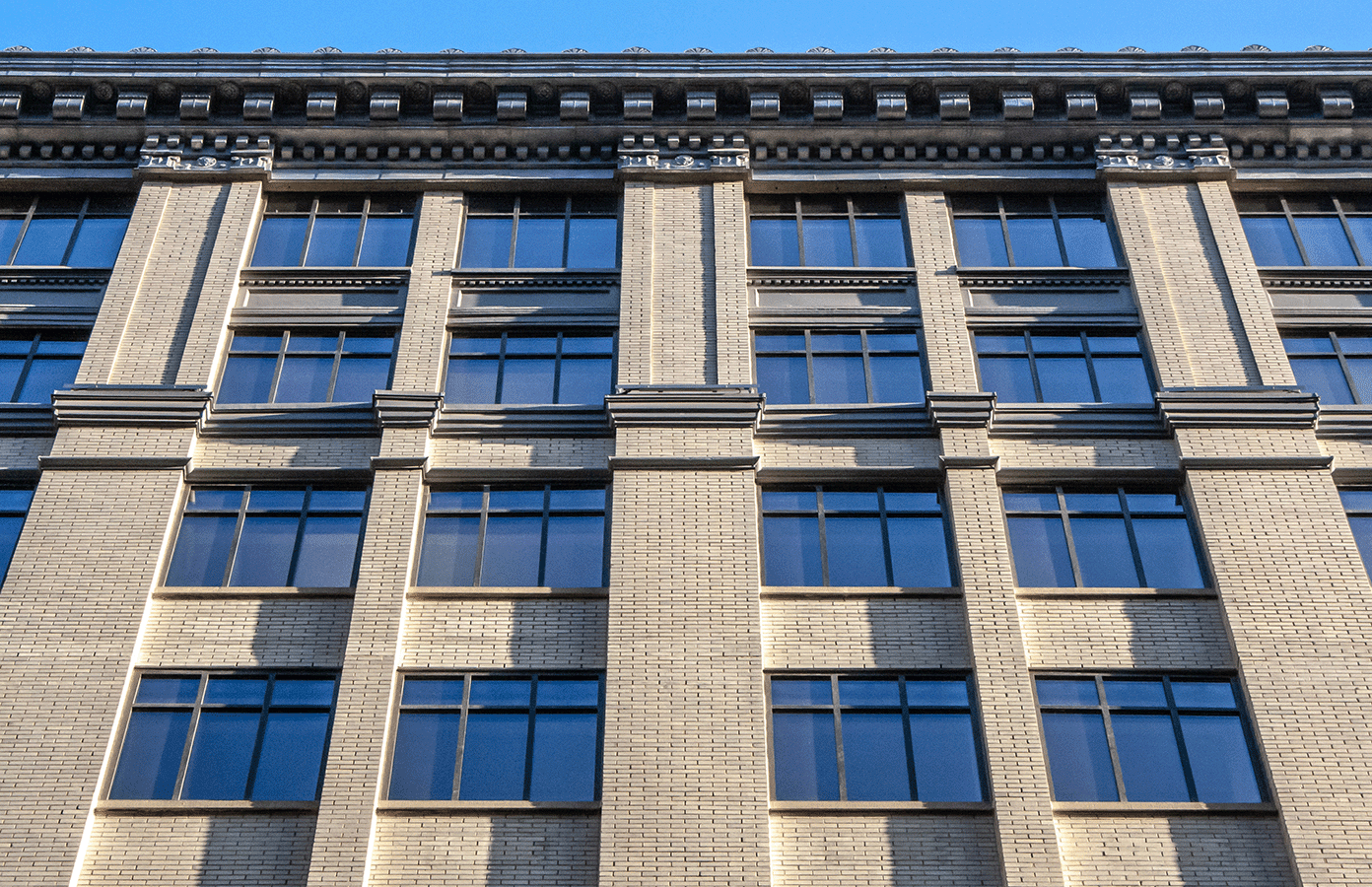 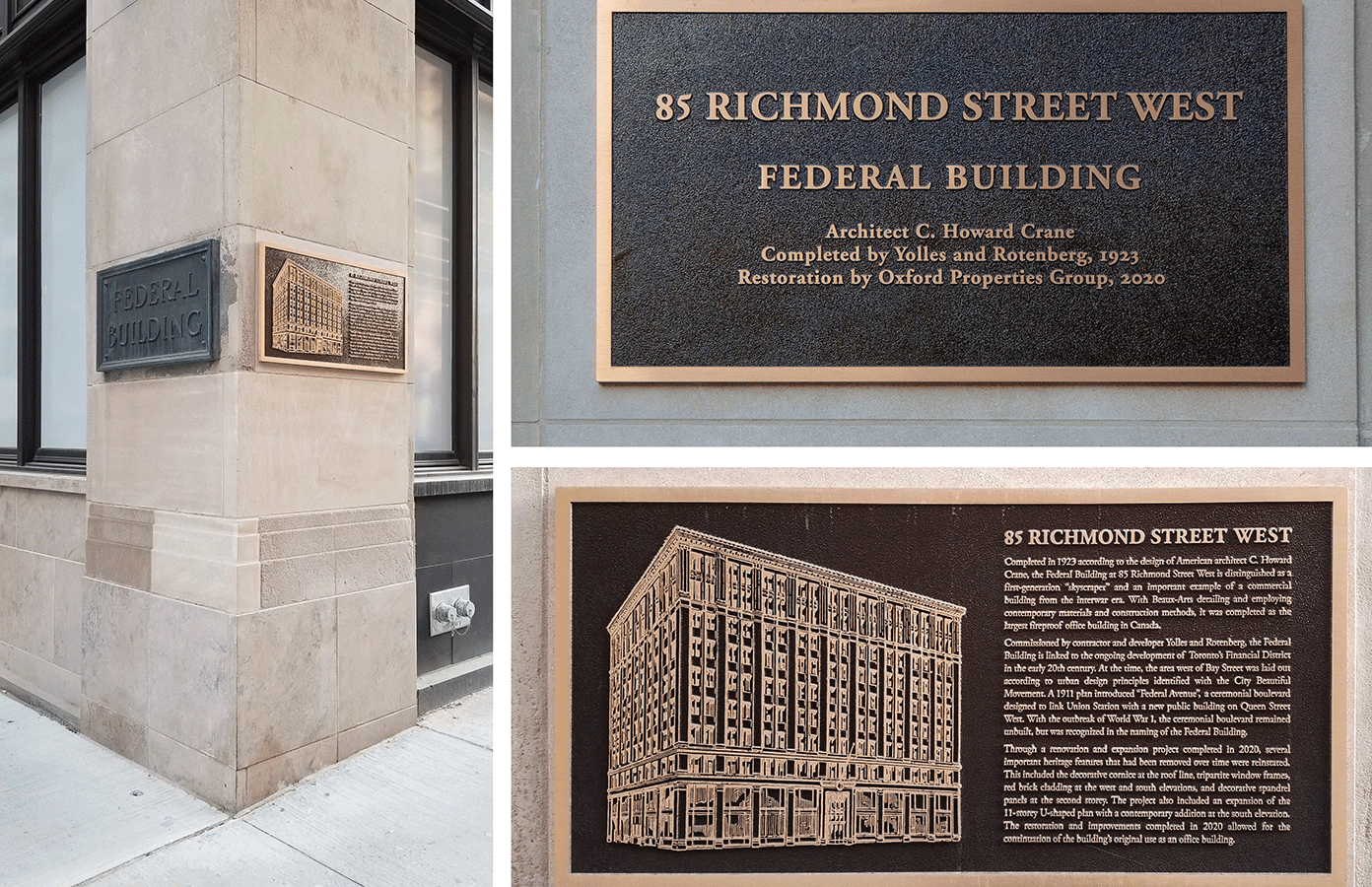 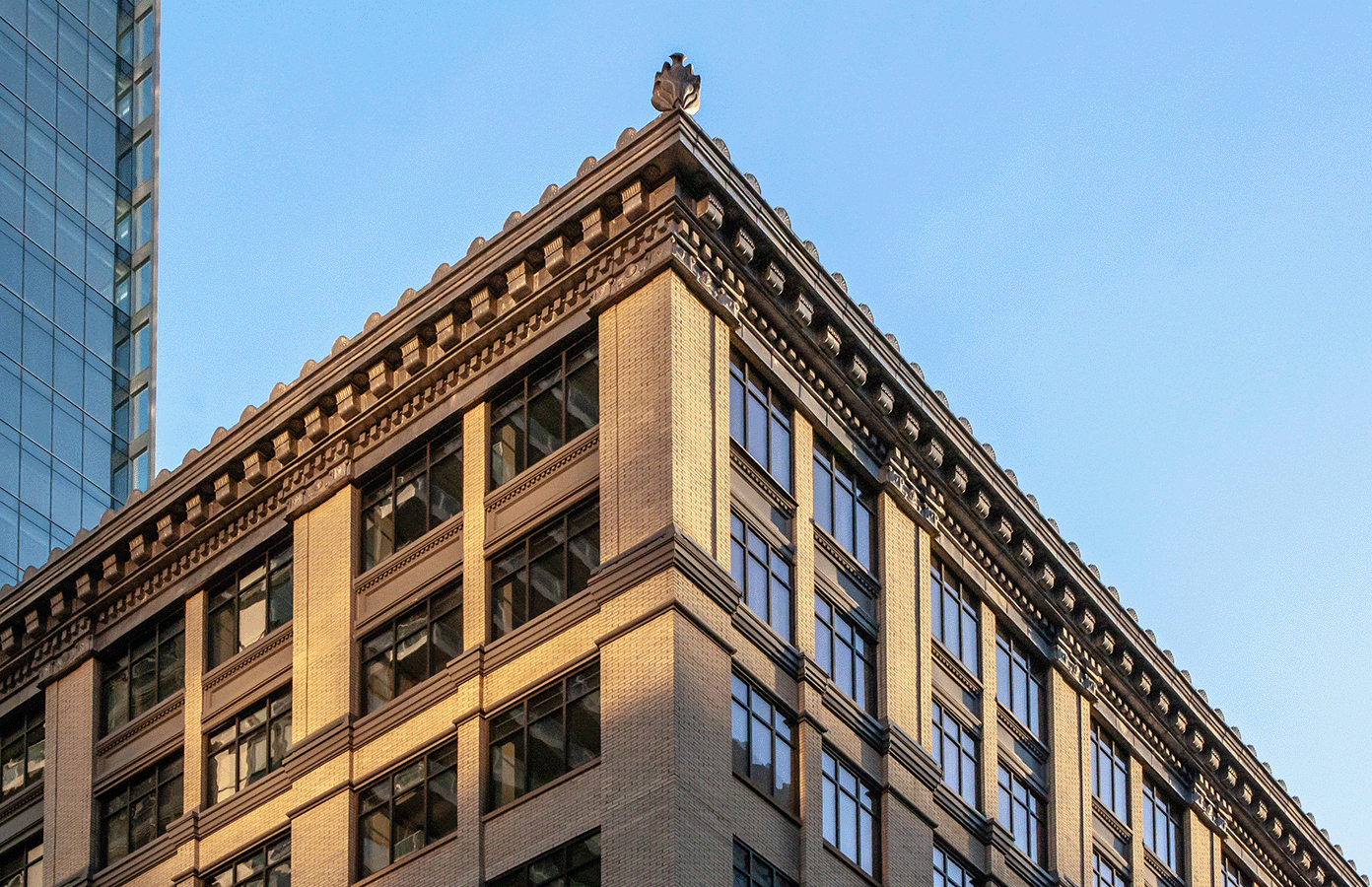