The Gould Memorial Library was once described as the most famous New York building you’ve never heard of. Designed by prominent architect Stanford White as part of New York University’s Brooklyn Campus and built in 1897-1899, the official New York Landmark is listed on the American National Register of Historic Places. Inspired by the Pantheon in Rome it is now a part of Bronx Community College (BCC) and is considered one of White’s masterpieces. However, by 2016 the stunning Beaux Arts building was on The Preservation League of New York State’s “Seven to Save” endangered properties list. Funding was finally secured to make significant restoration, and we worked closely with primary contractor Nicholson & Gallaway of New York on reproducing custom exterior copper shingles for the 70-foot dome cupola as well as other decorative elements. All materials produced had to adhere to the U.S. Secretary of the Interiors Standards and Guidelines for Rehabilitating Historic Buildings.

This project called for a demanding combination of stamped elements requiring many moulds and dies. Work was executed using both traditional and modern techniques. Dozens of different shingle configurations had to be produced, from singles to various multiples, and the sizes of the shingles ranged from 10 inches to 17.5 inches long. Original decorative copper work requiring replacement included 357 of the original 476 antefixae, as well as Vitruvian wave scrolling, drum stepped fascia and leaf patterned cornice. All the pieces needed to be created as samples, sent to New York for approval and then produced to extremely demanding deadlines. Once the scaffolding goes up to retrieve reference examples, the clock starts ticking to deliver the finished product.
One of the obvious mandates of the roof restoration was to prevent future water infiltration, which had long threatened the building’s historic interior and the dome’s structure. New copper replica shingles were needed to replace the worn material and address two original cladding design defects — lack of expansion joints and inadequate head lap. The shingles that were originally proposed to correct these flaws brough issues of their own, so H&L craftsmen worked on a solution that would both provide a traditional appearance and correct original defects. To learn more about the Gould Library restoration browse our gallery of images. 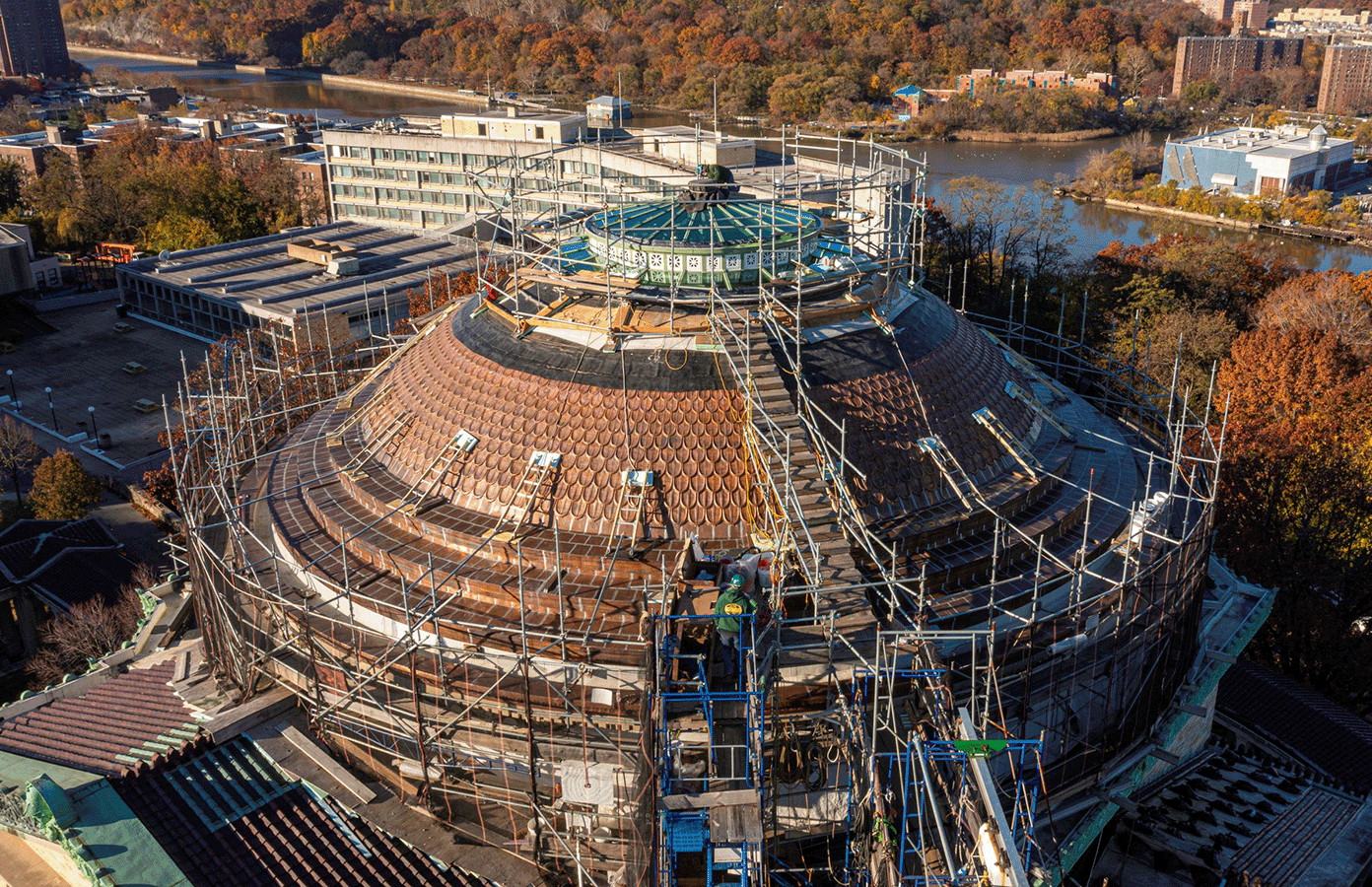 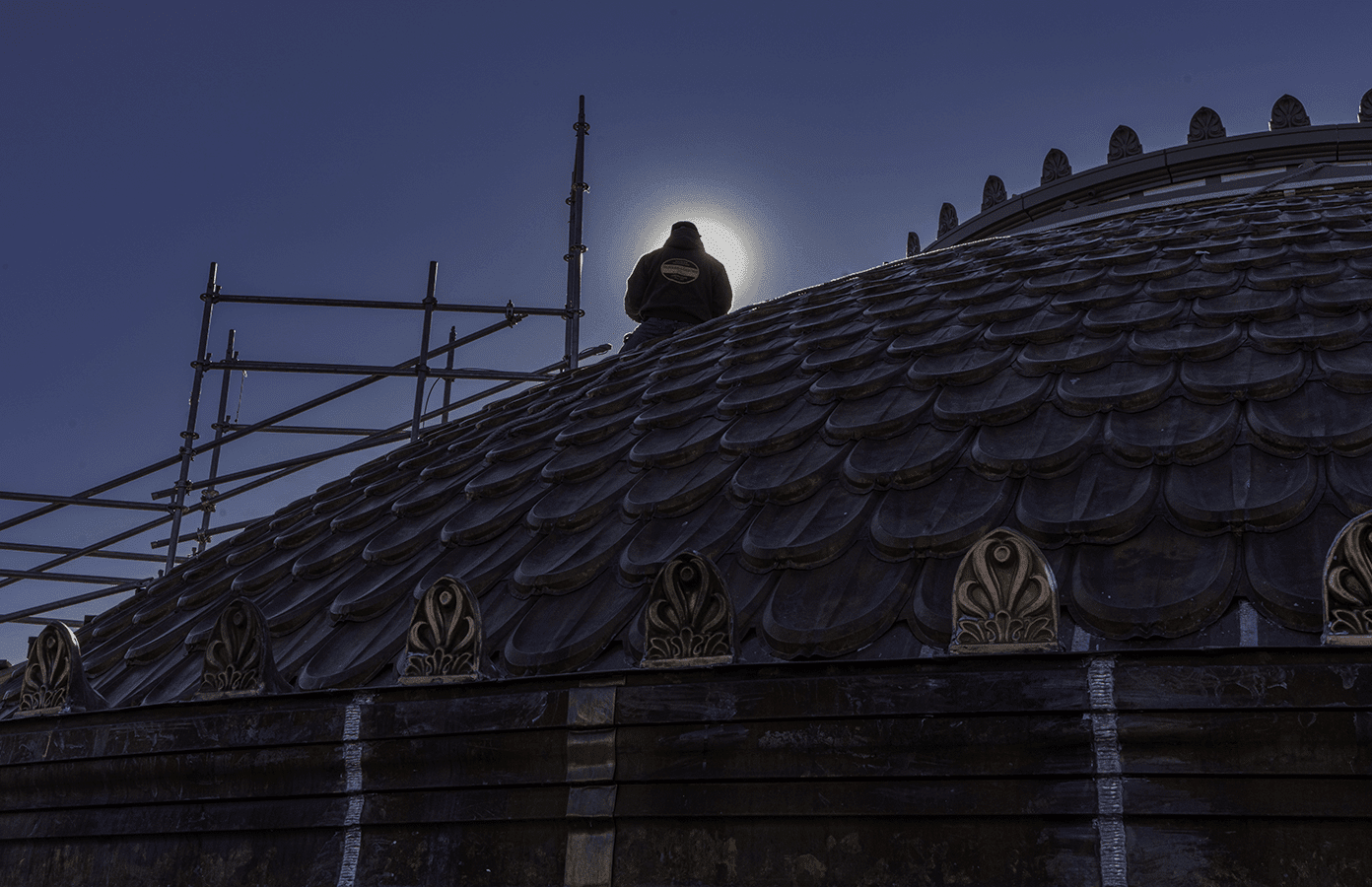 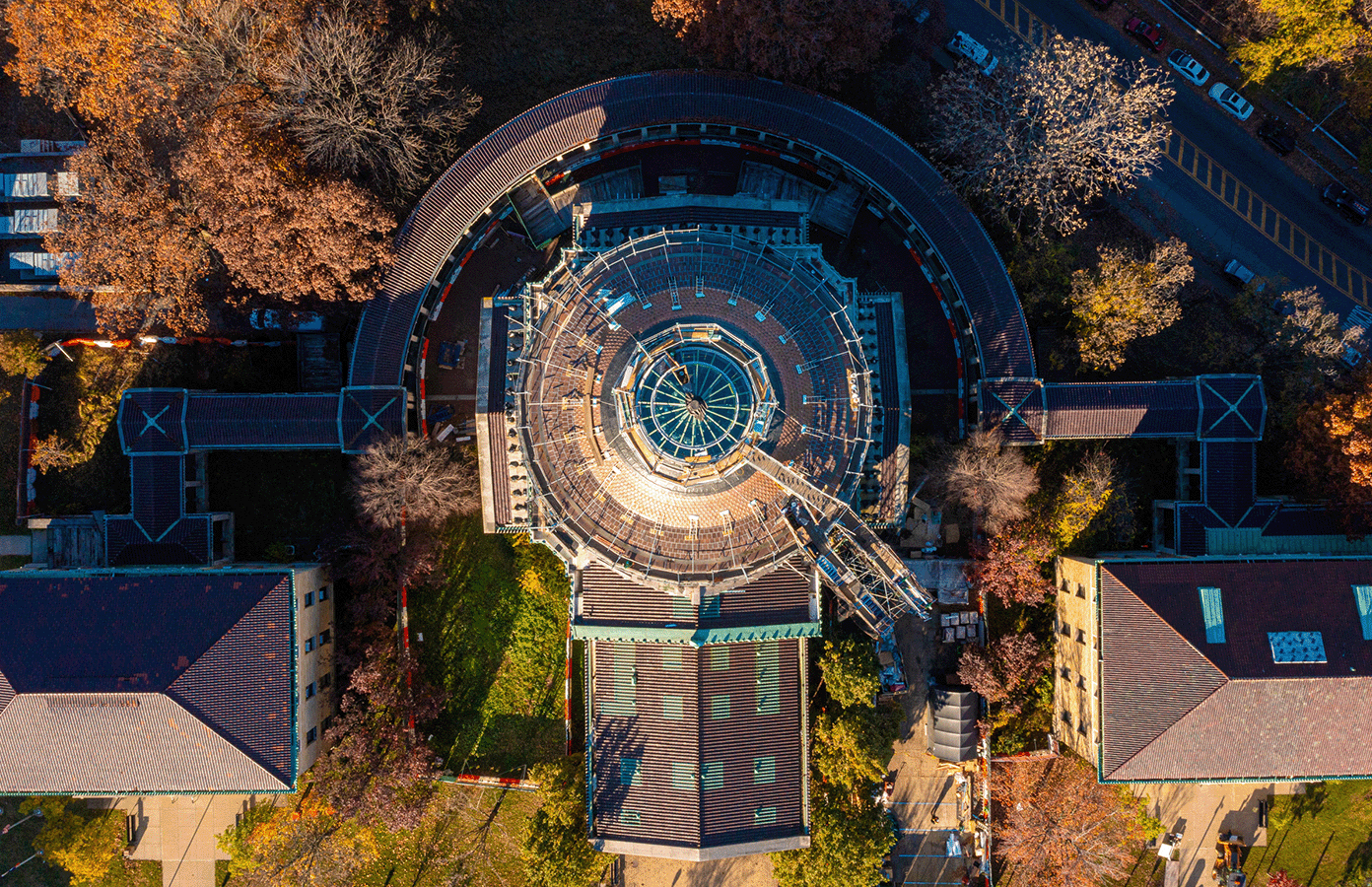 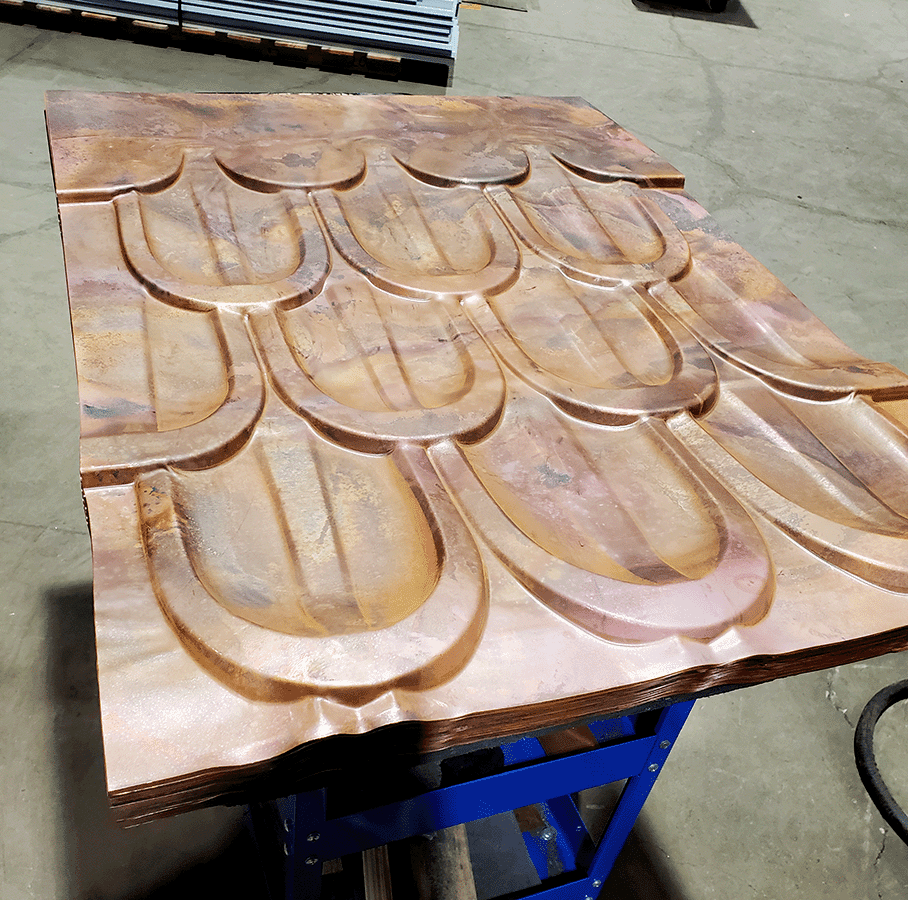 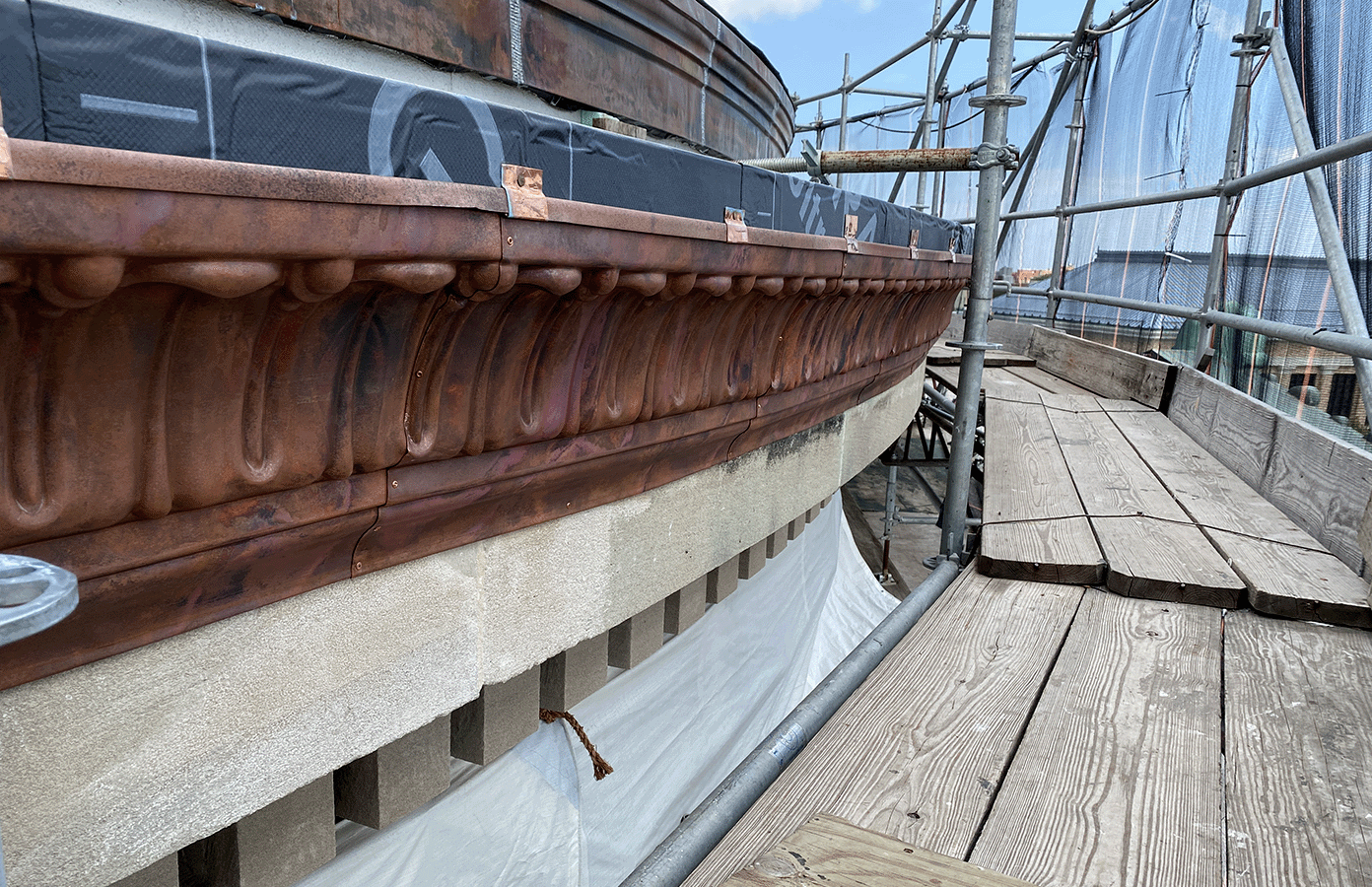 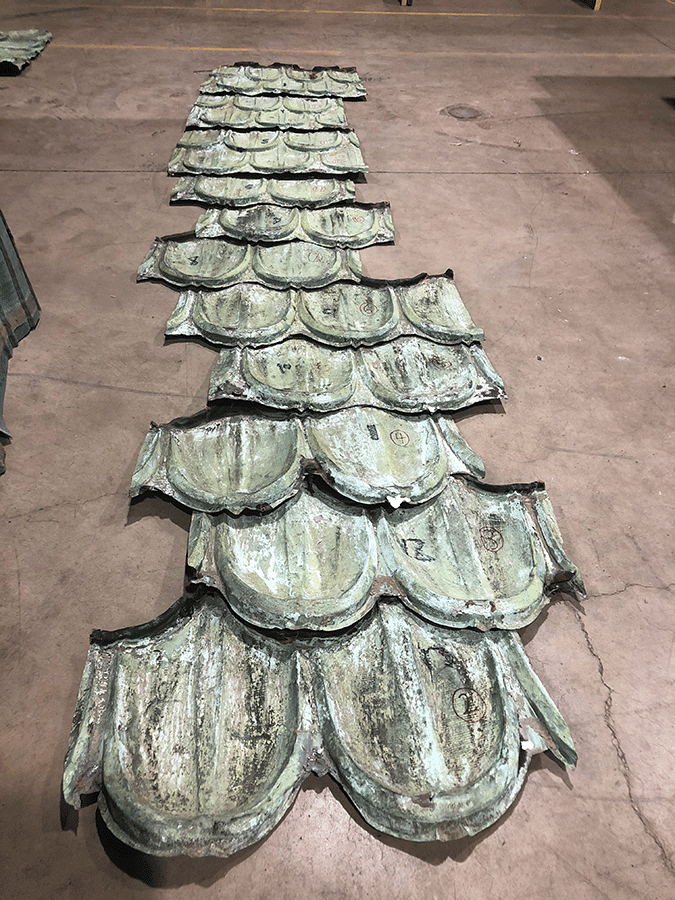 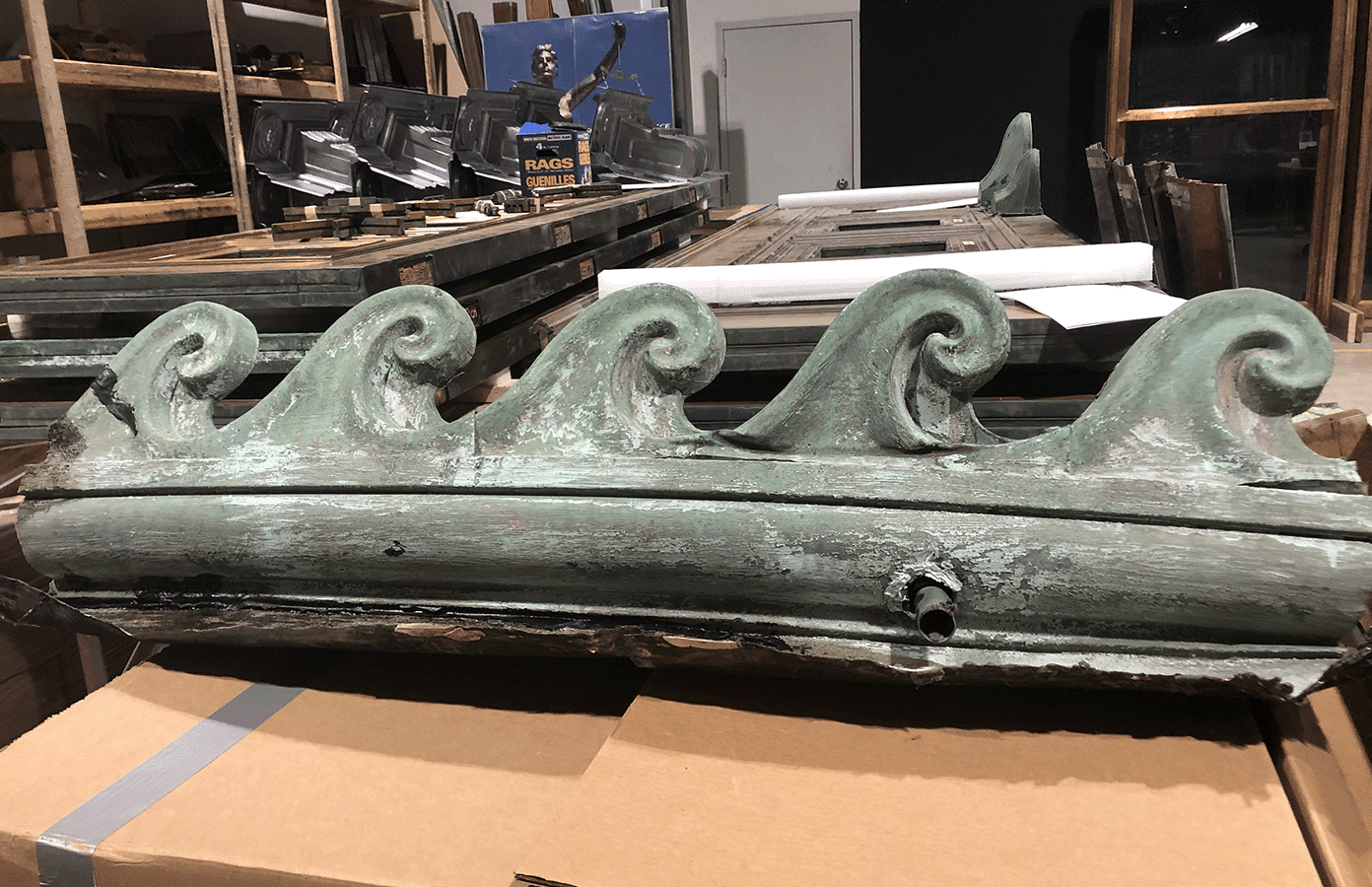 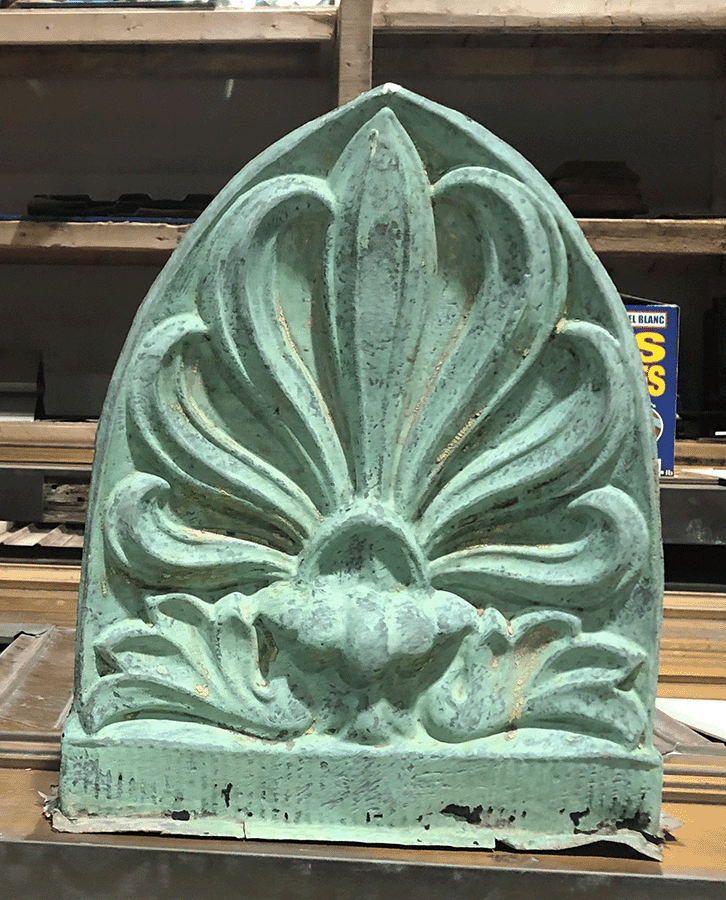 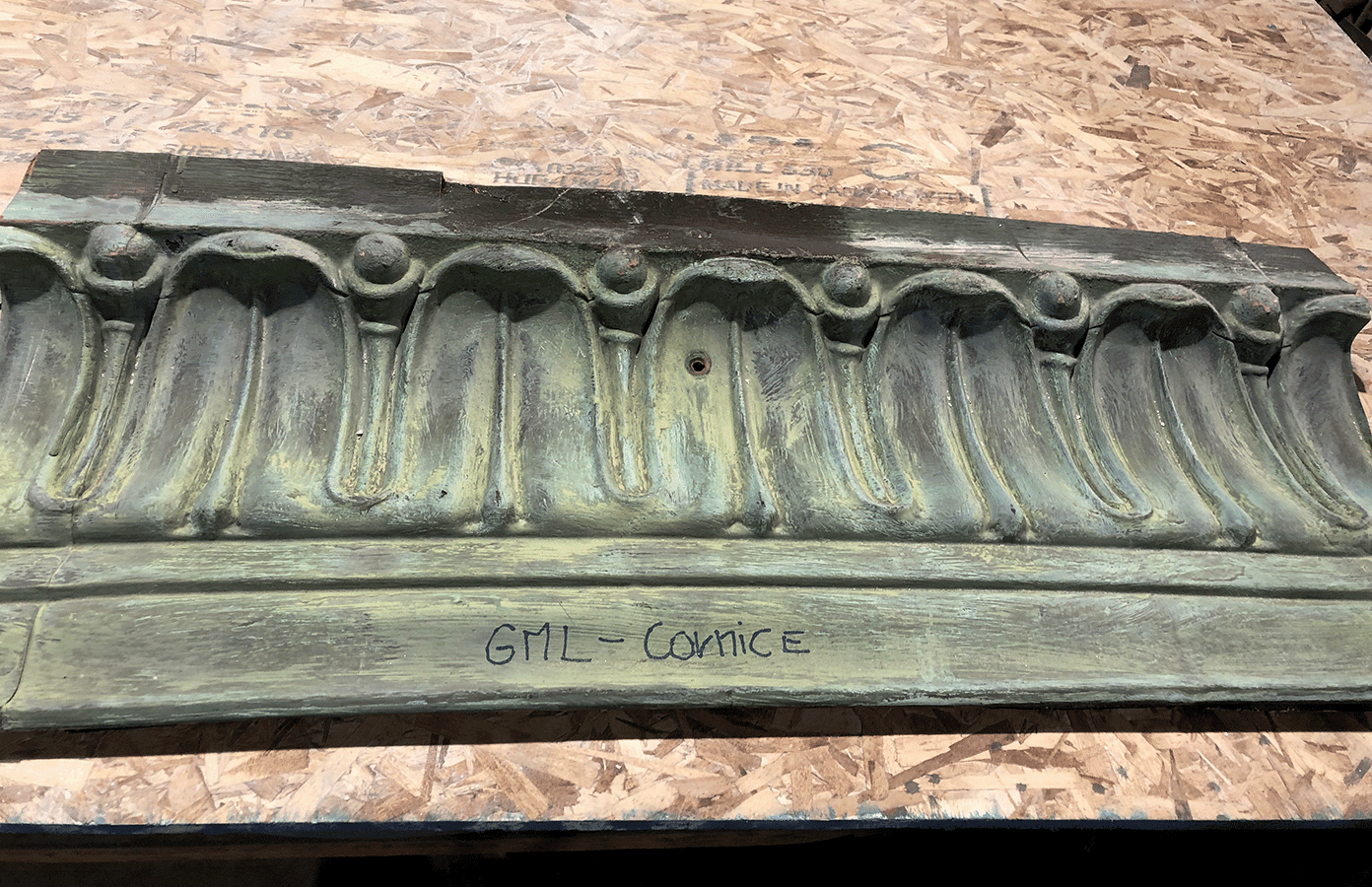 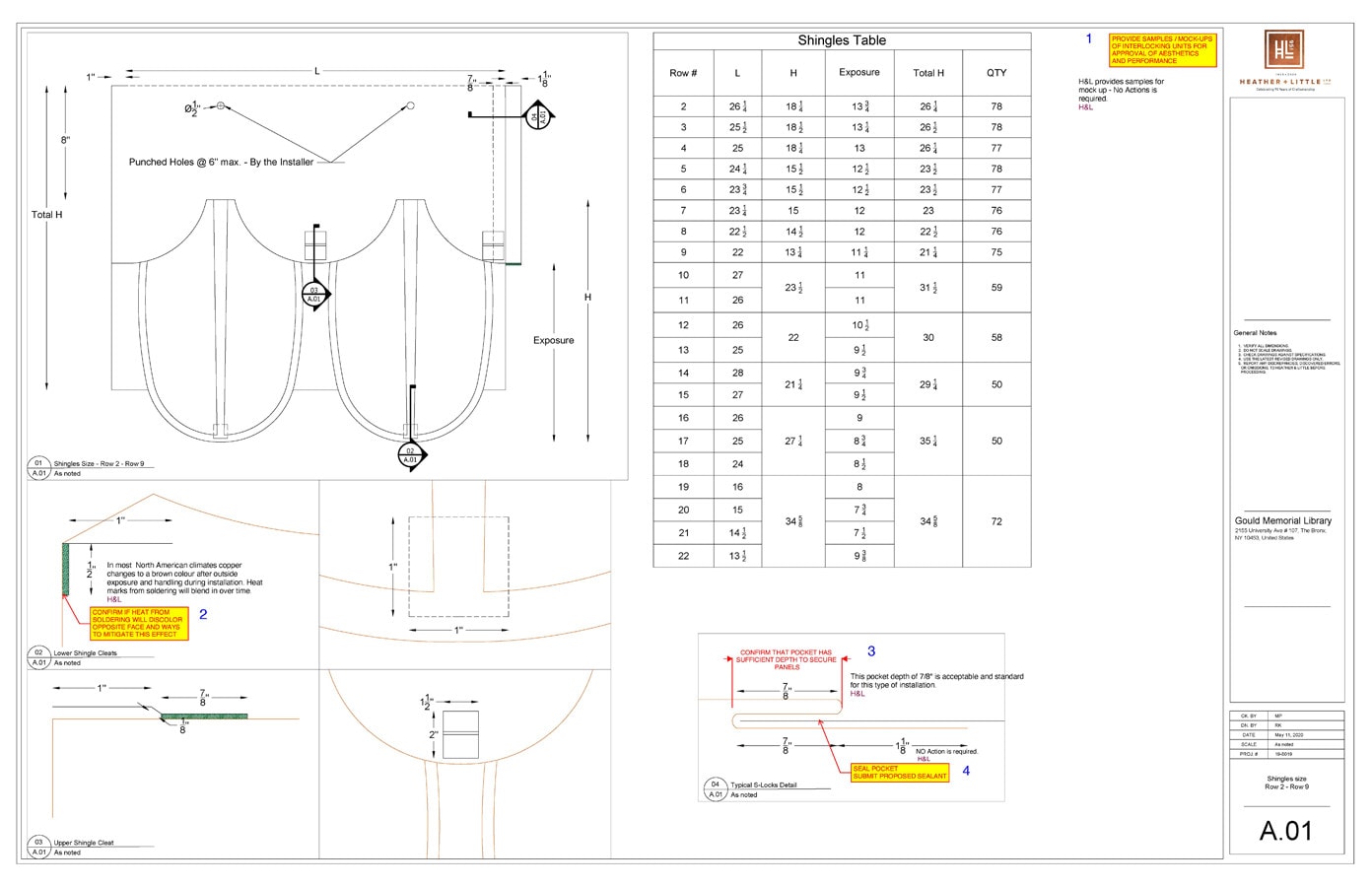