The Ogilvy Building was once home to one of Ottawa’s first high-end department stores, Ogilvy’s, from 1907 to 1992. The building was designed by architect W.E Noffke, and expanded multiple times, including renovations in 1917, 1931, 1934, and 1940. Much of the department store was ruined in a fire in the 1970’s, and with the quick expansion of chain department stores such as the Hudson’s Bay, Eatons, and Sears, the store eventually shut its doors in 1992.

The property was declared a heritage building in 2000 which sat empty for nearly two decades. Cadillac Fairview purchased the property intending to use it as an extension to the Rideau Centre, Ottawa’s largest shopping centre. Heather & Little was excited to work alongside Heritage Grade of Ottawa and PCL Constructors of Ottawa for this decorative sheet metal project.

Heather & Little gratefully accepted the challenge to reproduce a 8-foot high copper medallion originally mounted on the corner of the building. Using only a historical black and white photo of the original medallion to reproduce the piece. This was deemed an intricate part of the restoration on the building, as had been missing for many years and not been seen.

The medallion is made from 20-ounce copper sheet metal. Focusing heavily on reproducing an identical medallion, a new drawing was produced by architects from old photos of the building; the size was estimated as closely as possible to reflect the proportionate size in the images. The team at Heather & Little hand sculpted the different elements for the die casting and pressing for the copper. Standing approximately nine feet tall, the completed medallion was shipped to Heritage Grade Company in Ottawa to be painted but before installation it it was decided to leave it in its natural copper colour mounting it back on the building. 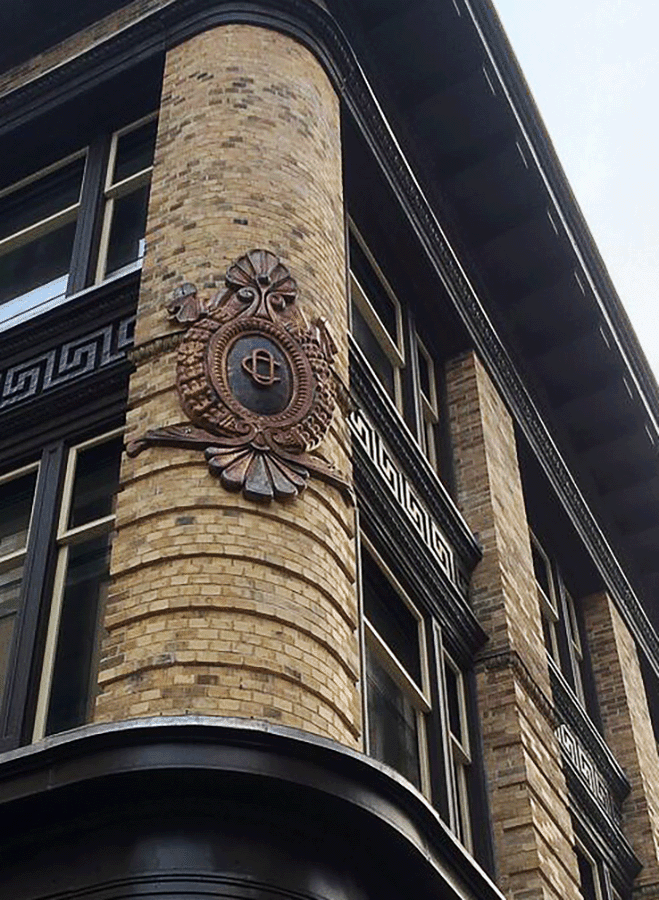 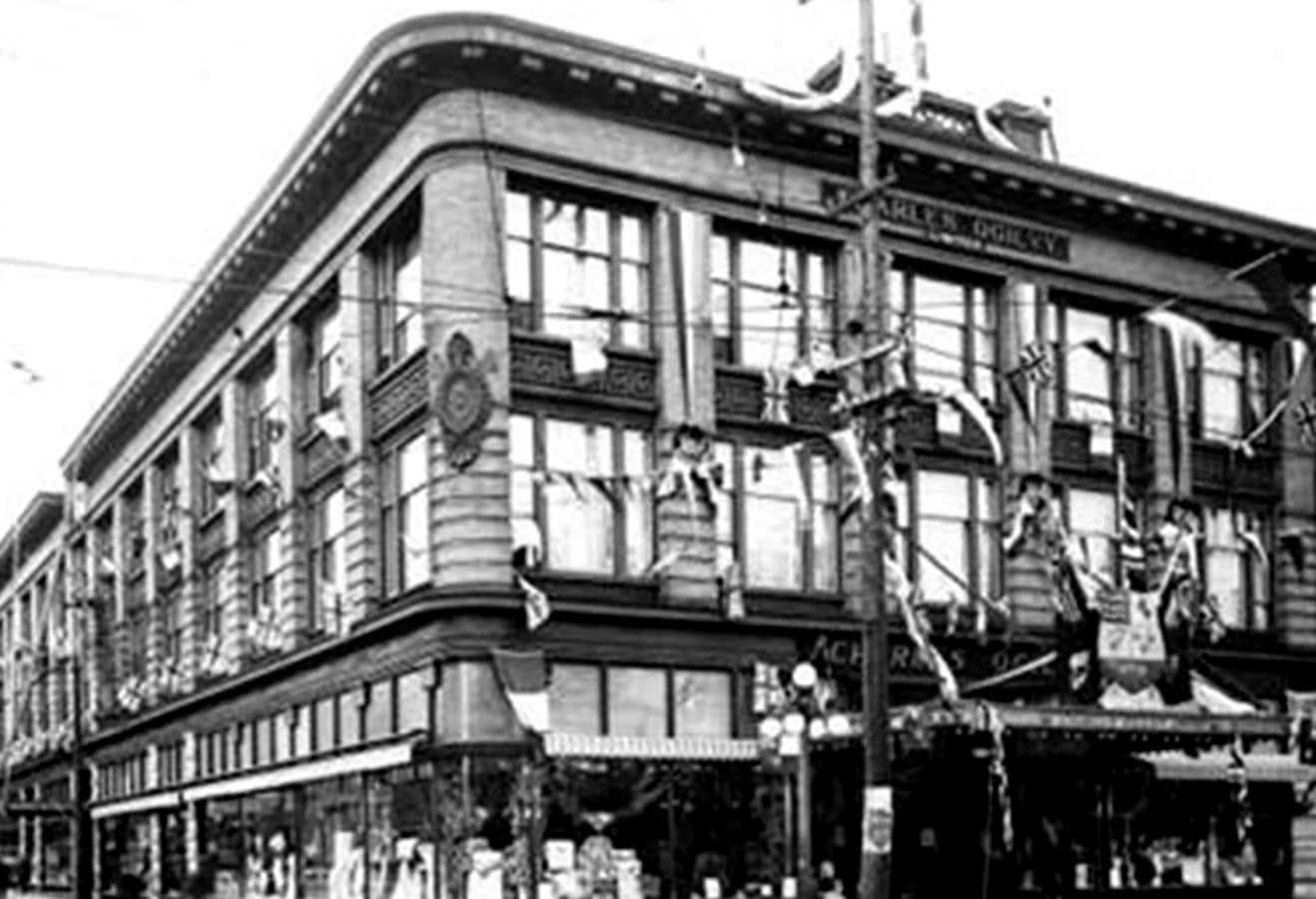 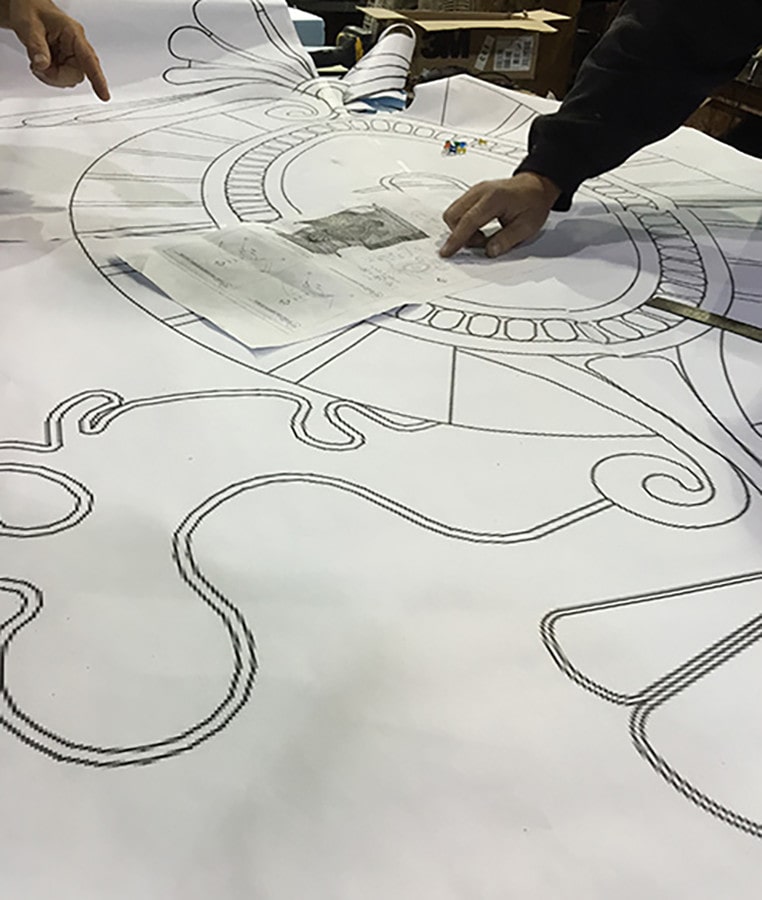 Medallion being scaled to the actual size. 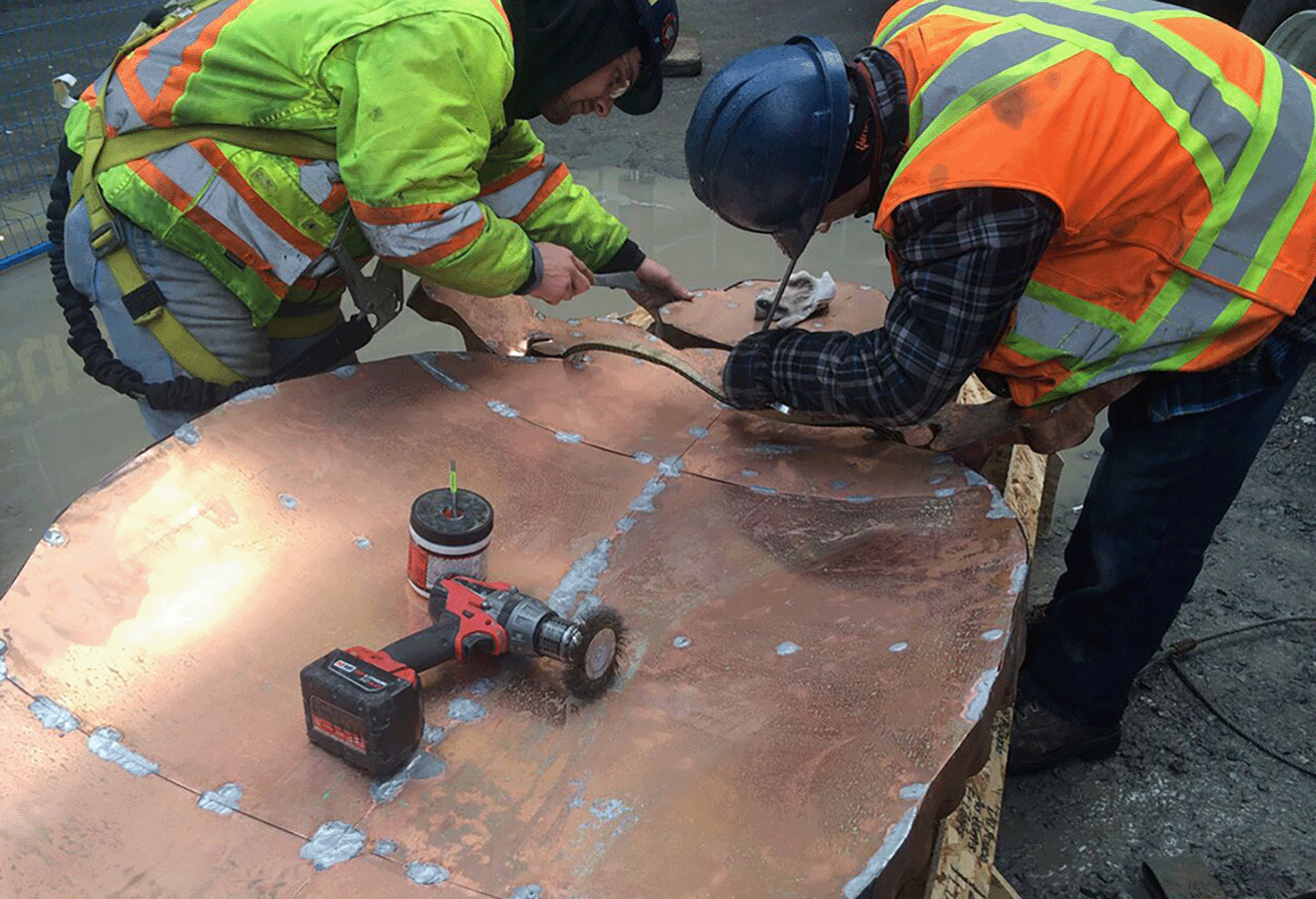 A back pan was installed on the medallion to keep our feathered friends from nesting.

A jig template was made to simulate the curvature of the masonry wall were it would be mounted.

The installation required a man-lift and a crane to set the medallion.Once in position the final fastening was done using stainless steel rods embedded in the masonry wall.

Medallion mounted once again on the Ogilvy Building.