The striking Los Angeles home designed by Lloyd Wright (Frank’s son) displays as much drama now as its former owners. Ramon Novarro may not be a household name today, but he was a top earning MGM actor in the 1920s-1930s. When Novarro discovered that his manager Louis Samuel had embezzled funds to pay for a house he was building, Novarrro took ownership of the Los Filez home in 1931. Other Hollywood notables followed.

The Mayan Revival Style residence is one of the most significant architectural estates in LA and was made a cultural monument in 1974. Mayan Revival Style is an Art Deco offshoot popular in the 1920s and 1930s, and employed by Lloyd Wright Jr and Sr. One of the most distinctive features of the home are the oxidized chevron-repeating patterned copper panels, reminiscent of details in Mesoamerican temples. Heather & Little were tasked with recreating approximately a quarter of the copper panels for replacement on the landmark home.

Over the years, owner and architects have noted that the exterior copper panels were one of the most difficult things to maintain on the house. The samples we received to match were in very rough shape. They had clearly been repaired and patched many times, but now they needed to be replaced.  Most of the worst damage appeared to be physical—from the contact of humans and objects on panels that were meant to be ornamental. Stamping these custom panels was no easy matter due to the size of the panels, the size of the pattern and the need to repeat the pattern. However, the panels were a match and Lloyd Wright’s vision is secure. To learn more about the Samuel-Novarro House stamped copper wall panels browse our gallery of images. 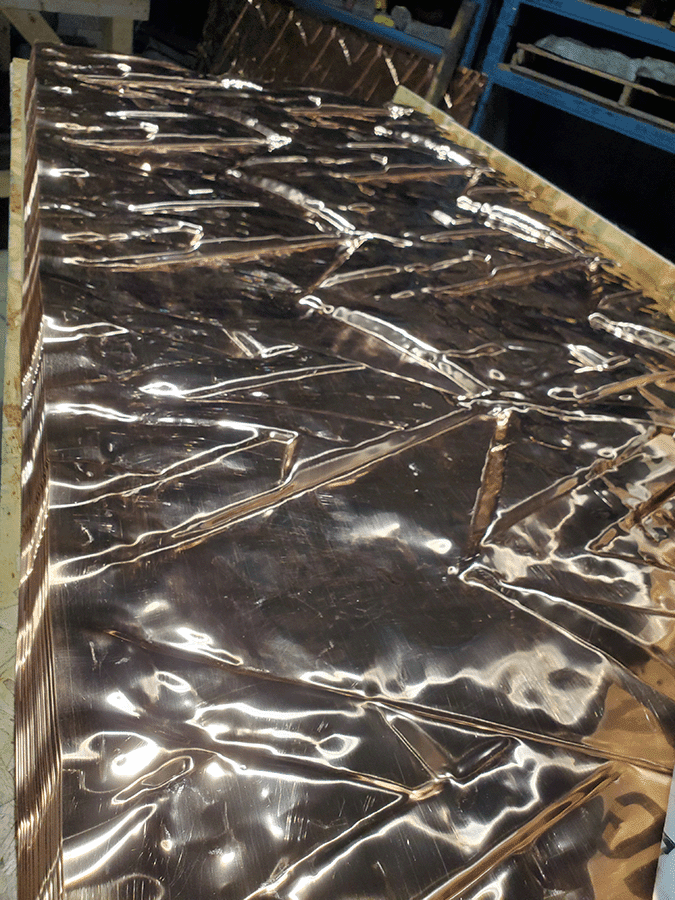 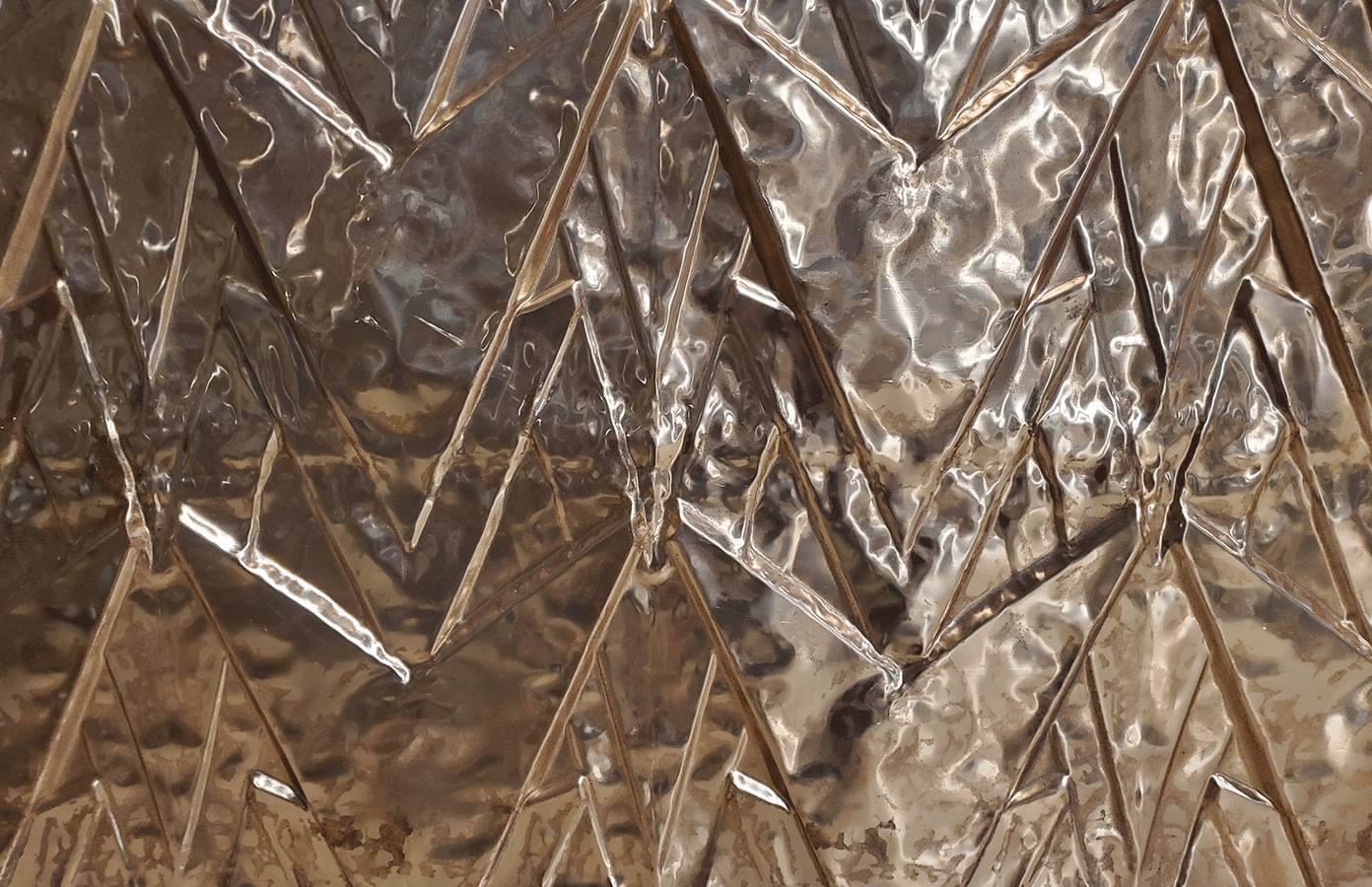 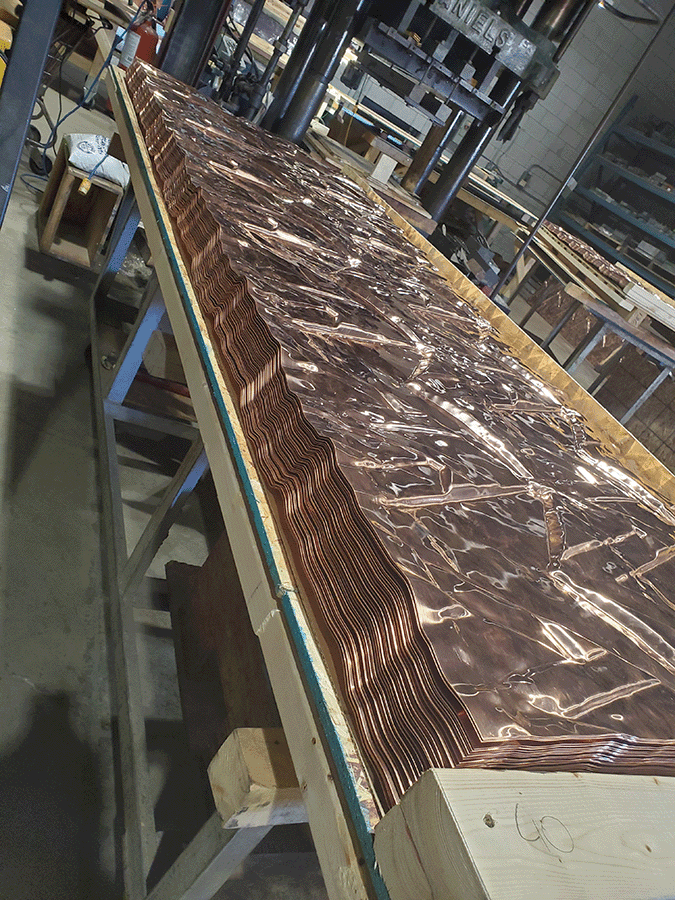 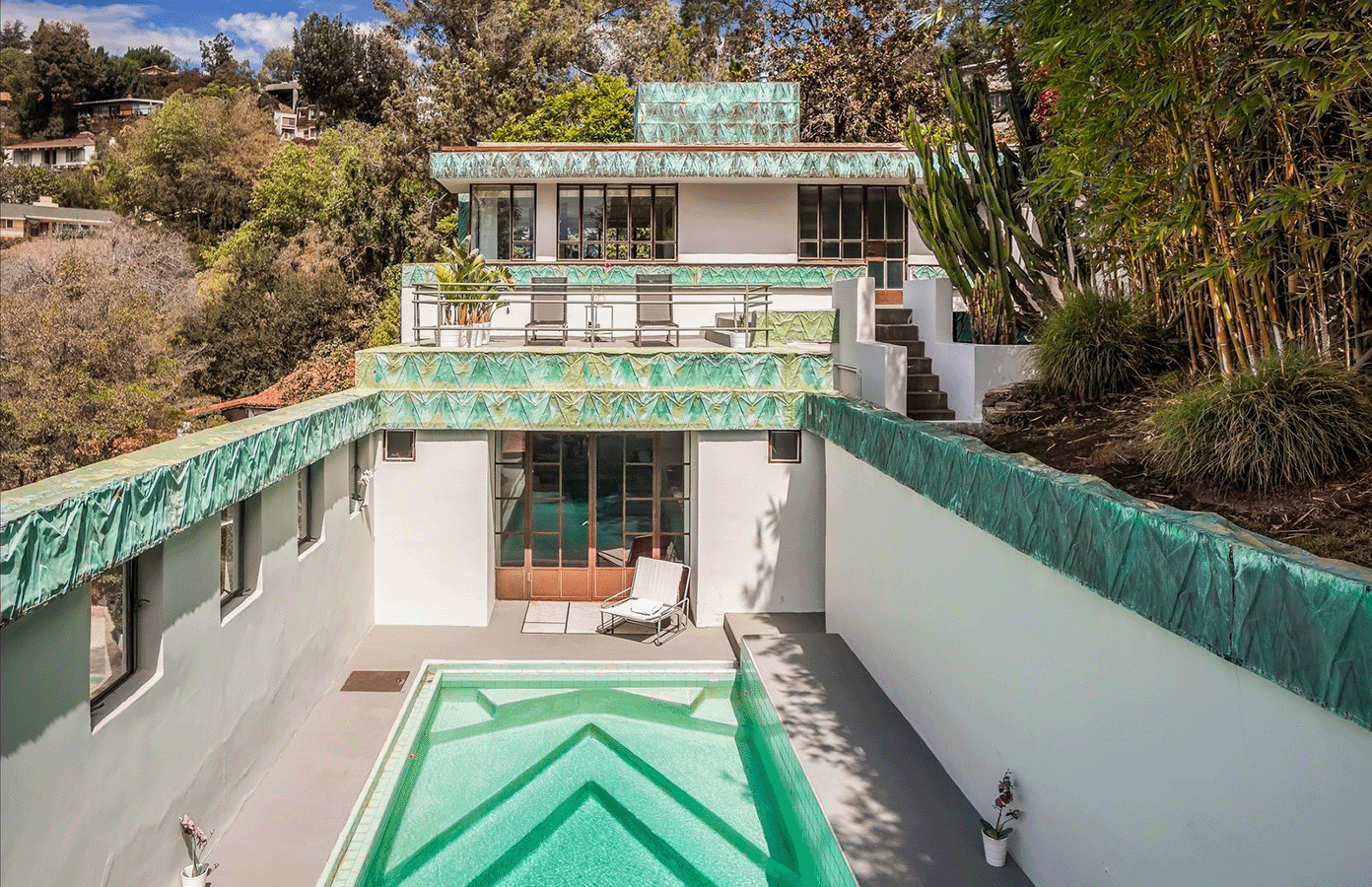 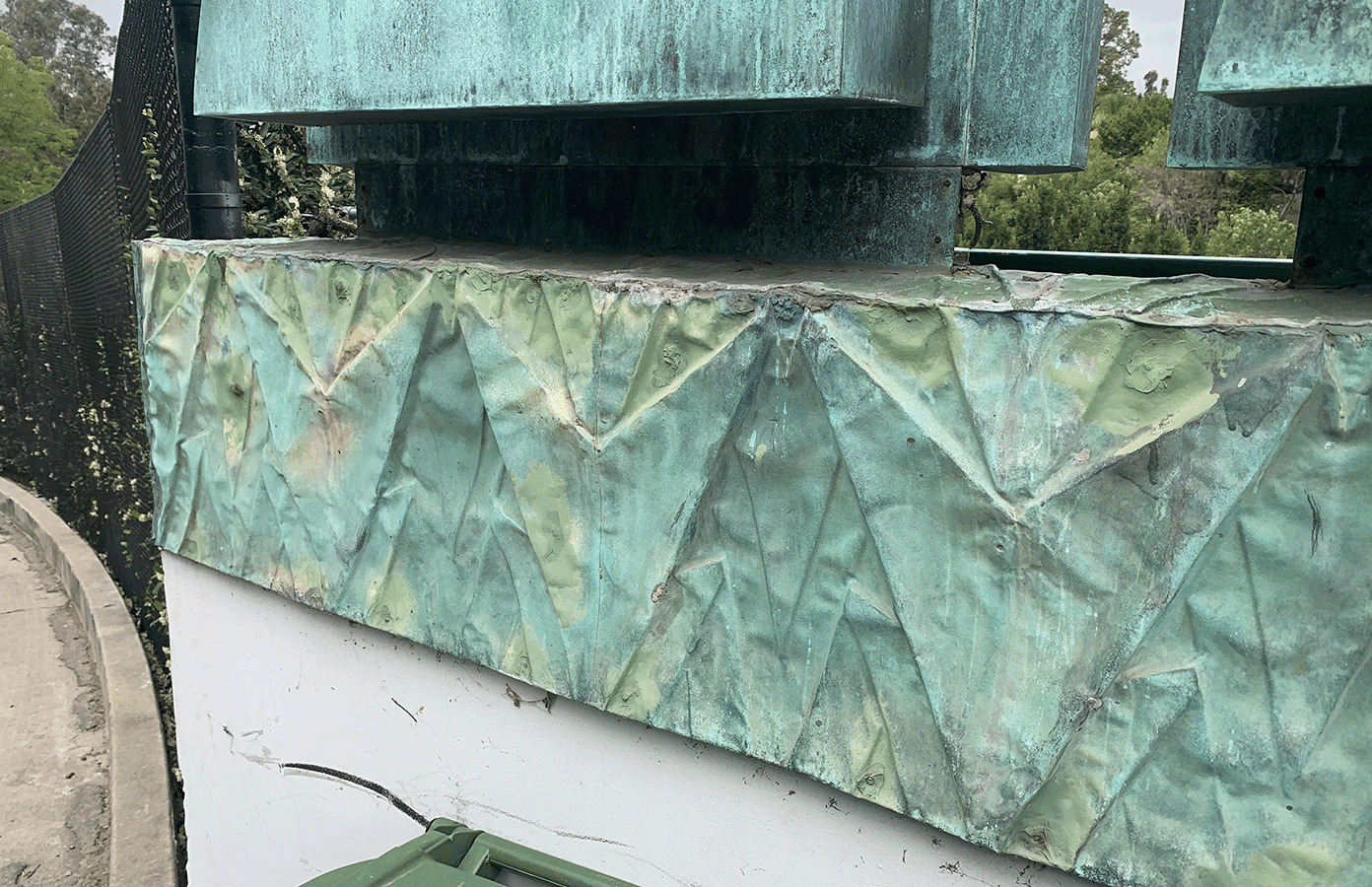 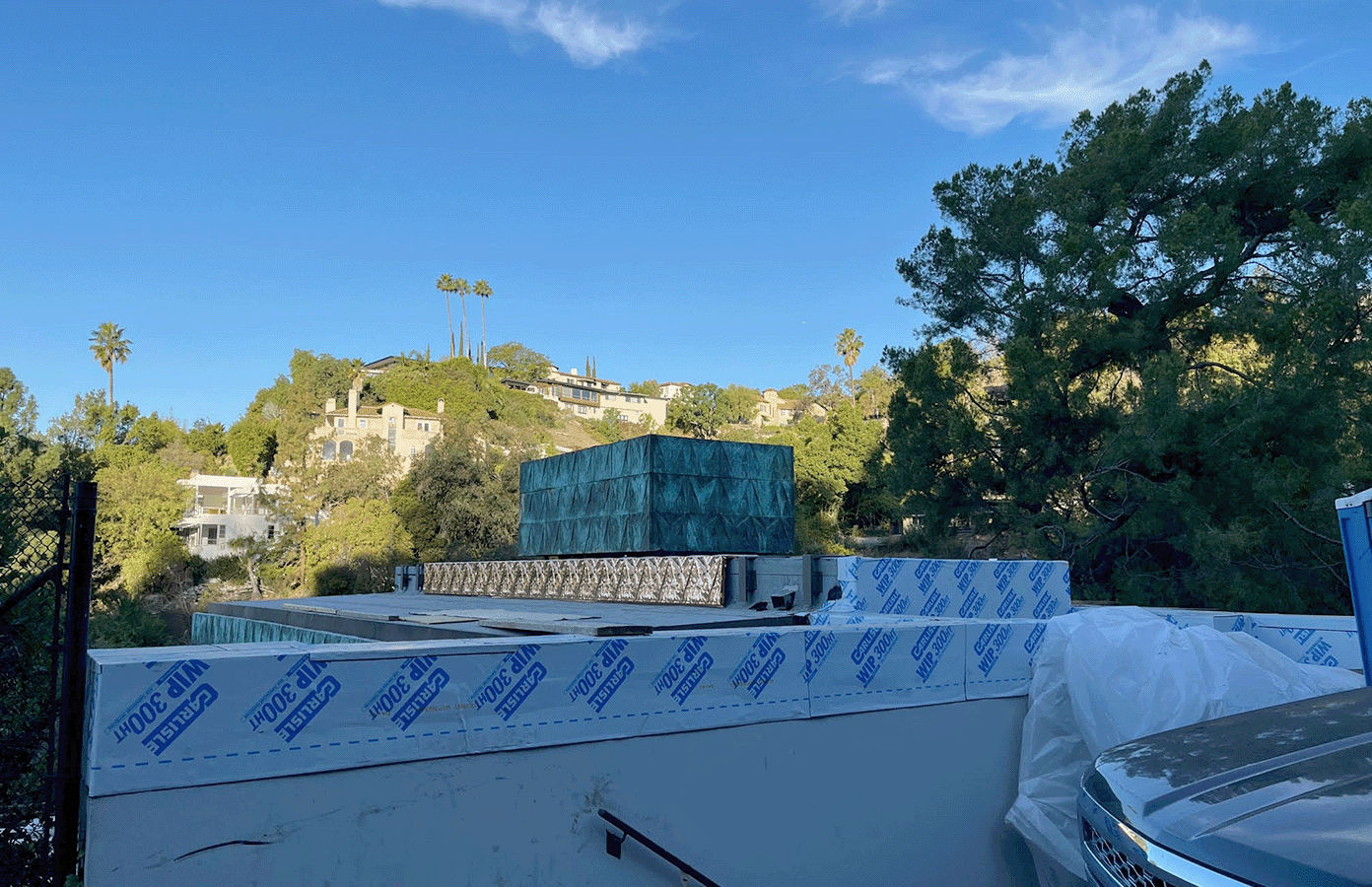 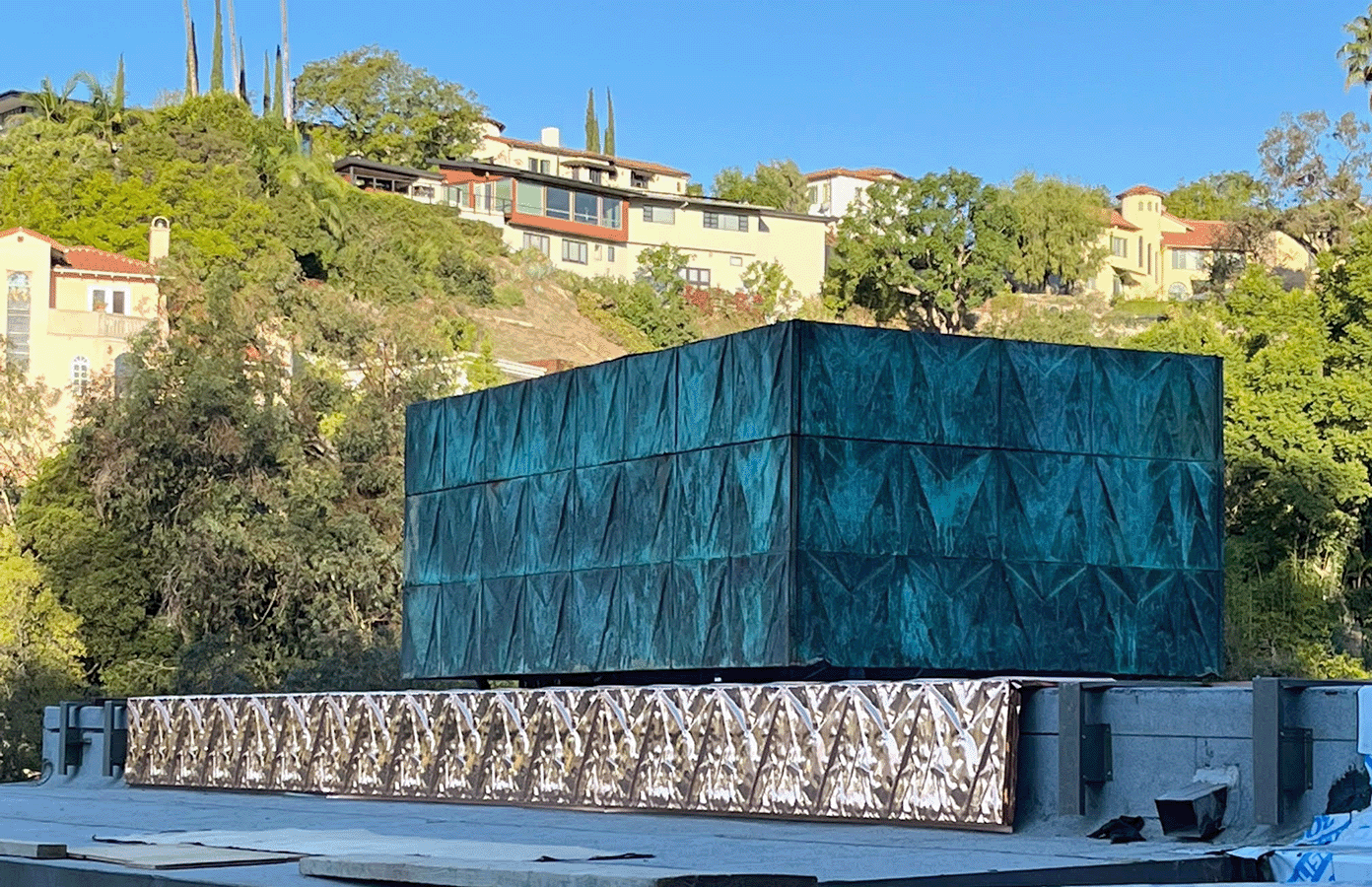 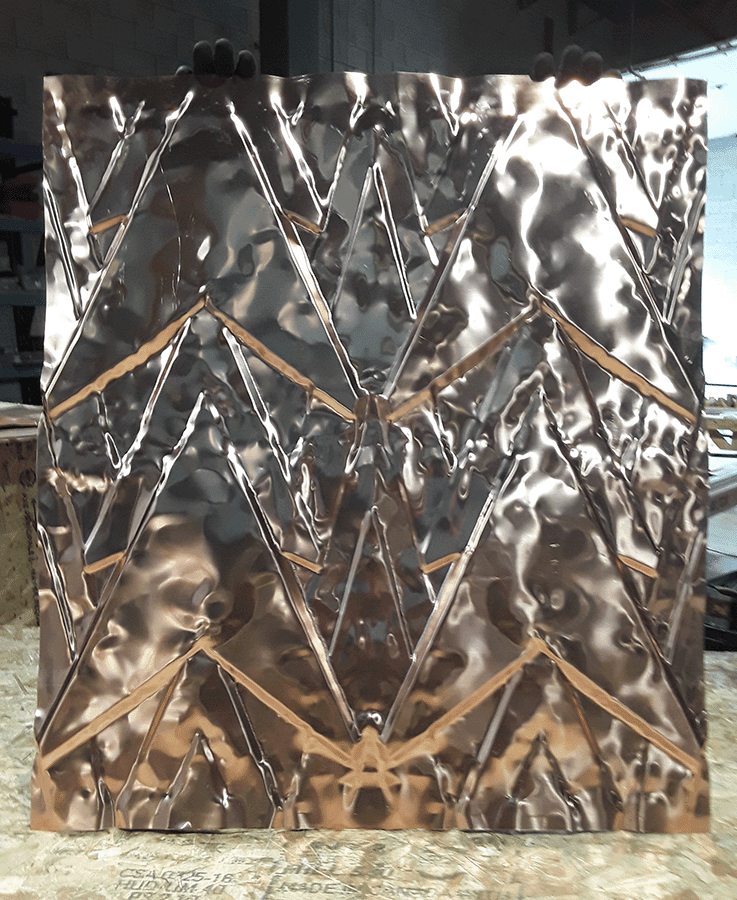