The church was renovated in the 1960s, including the replacement of the copper clad domes with steel and aluminum covered by 23 carat gold leaf, which had lost its luster. Heather & Little were tasked with recladding the 19-foot-tall cupolas that sat atop the domes and restoring the 10-foot-high crosses.

Founded in 1866 as one of the first Polish parishes in the United States St. Stanislaus German Renaissance style church was built predominantly between 1884 and 1894. The church was renovated in the 1960s, including the replacement of the copper clad domes with steel and aluminum covered by 23 carat gold leaf, which had long since failed. Many aspects of the church needed repair—and renovations done in the 60s had left a questionable modernist veil on the historic church. A resurgence in attendance allowed the parish to fund not just a renovation but a restoration to bring the church back in line with its original appearance.

Working with F.J.A. Christiansen Roofing Co., Heather & Little were tasked to fabricate copper tiles and cladding for the 19-foot-tall cupolas that sat atop the domes of the church. The structures were shipped from Milwaukee to Toronto for reference. However, despite their age and constant exposure to the elements, the underlying structures were in fairly good condition, allowing them to continue to serve as a substrate for resurfacing. H&L reclad the cupolas in our Toronto shop with custom diamond shaped copper tiles and returned them ready to be hoisted into place at St Stanislaus.

Originally, it was thought that the 10-foot-tall crosses that sat atop the cupolas would need to be replaced however the heavy gauge aluminum structures were sound, so H&L recovered the crosses in sheet copper with a combination of break forming and cladding. The crosses were then sent to be gold leafed before being reinstalled. The crosses and cupolas are now returned to their original state and are back acting as a beacon on the south side of Milwaukee. 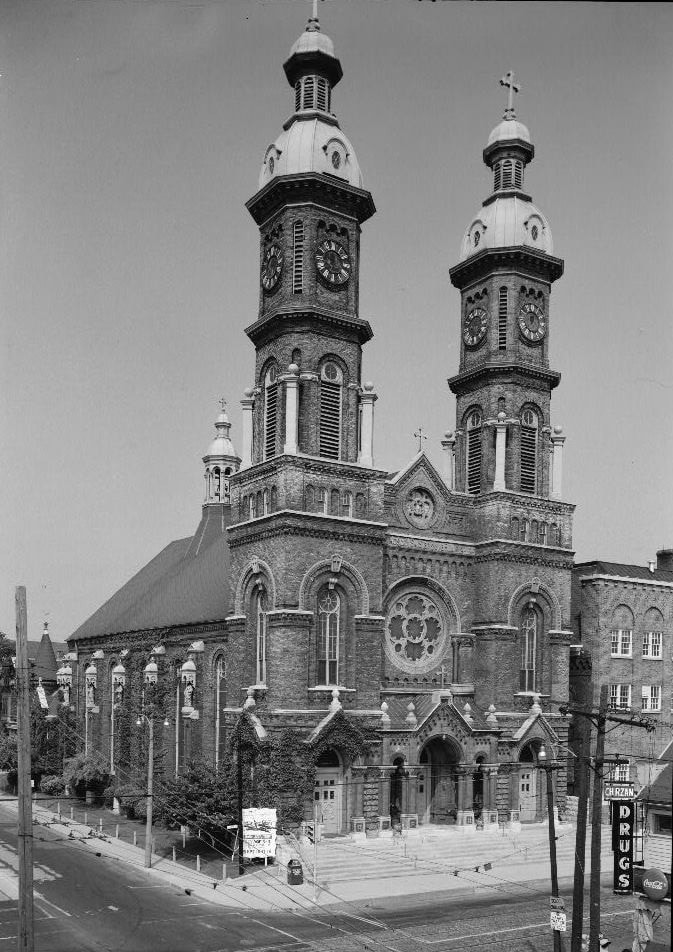 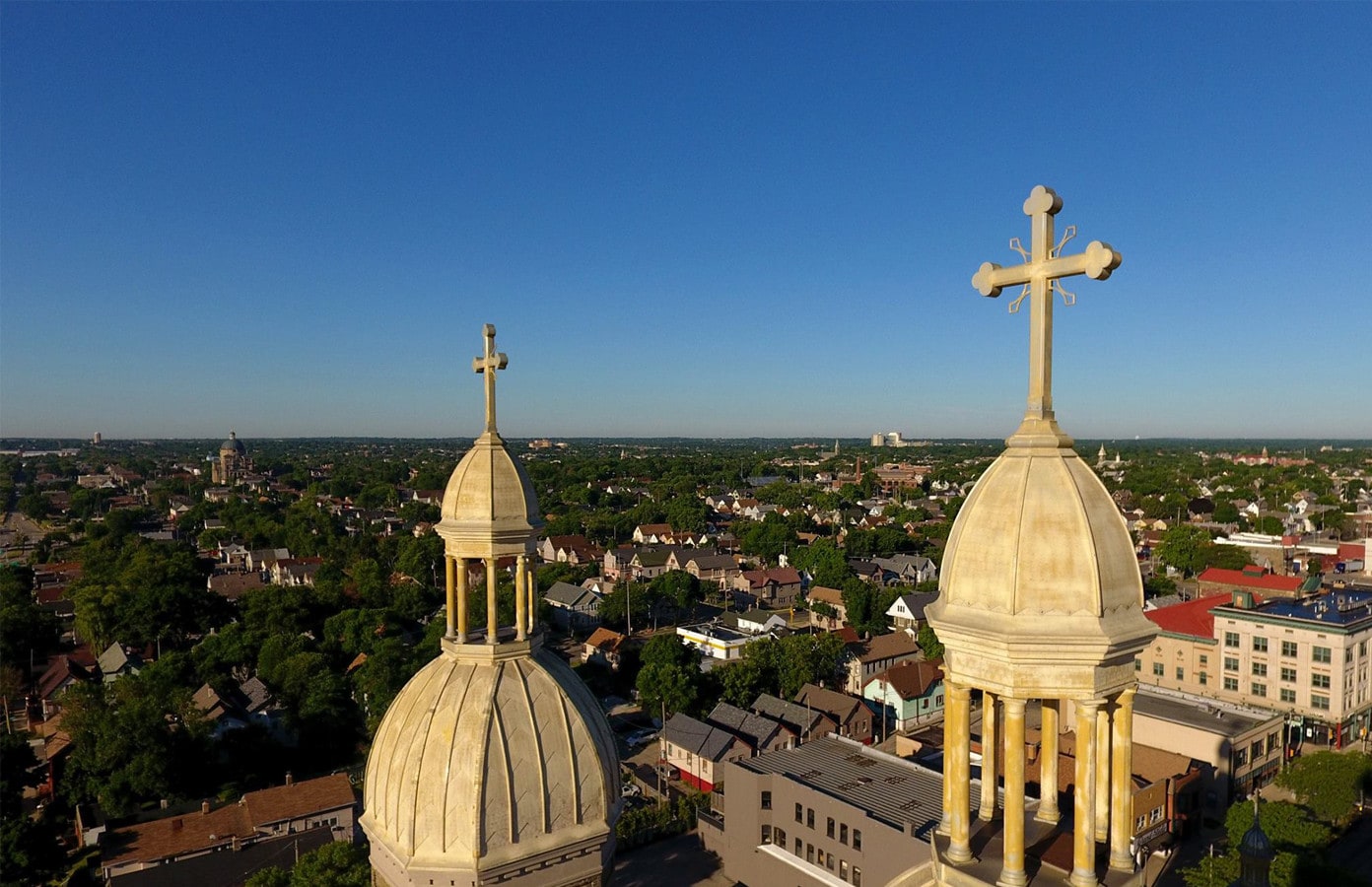 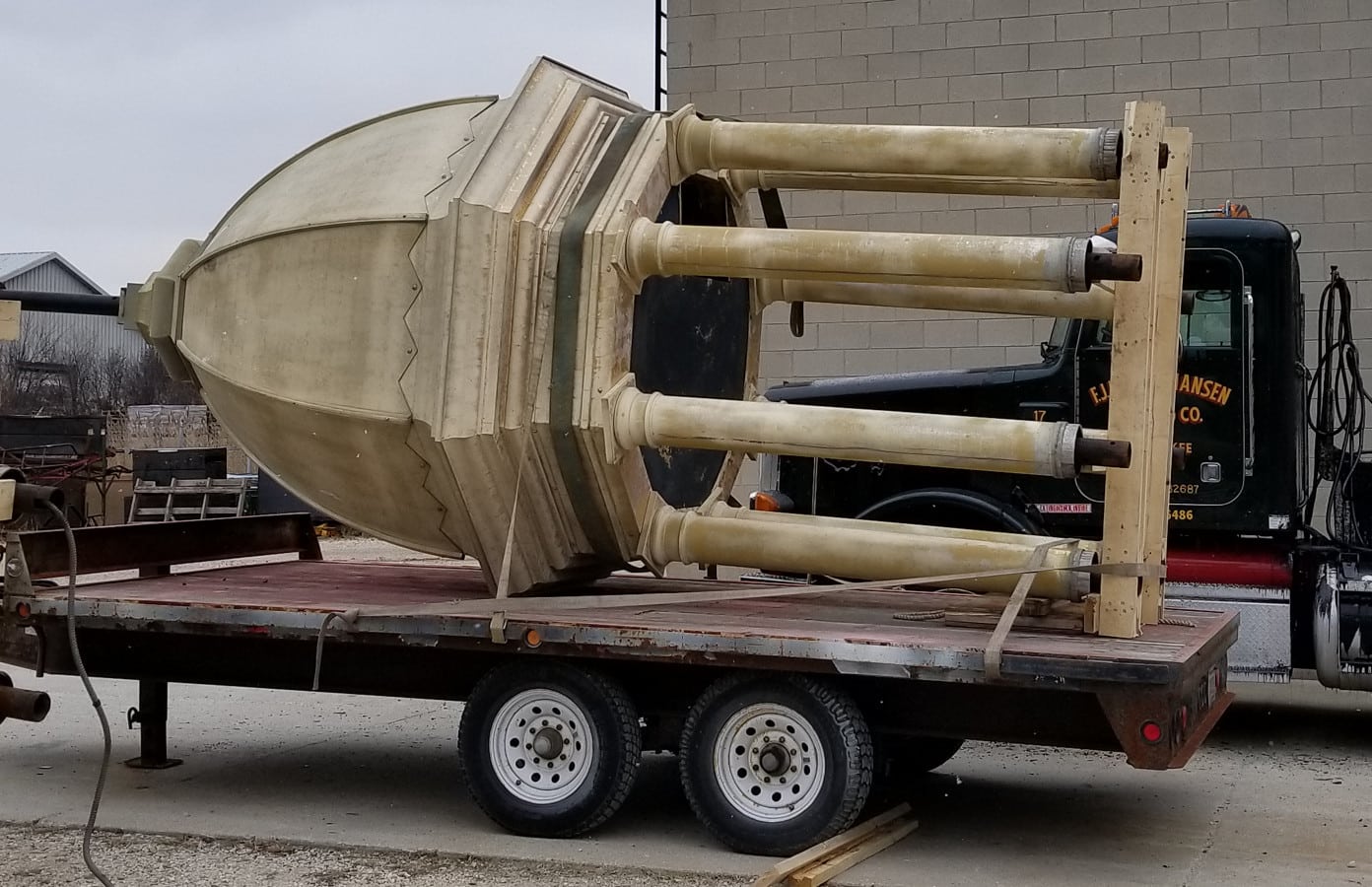 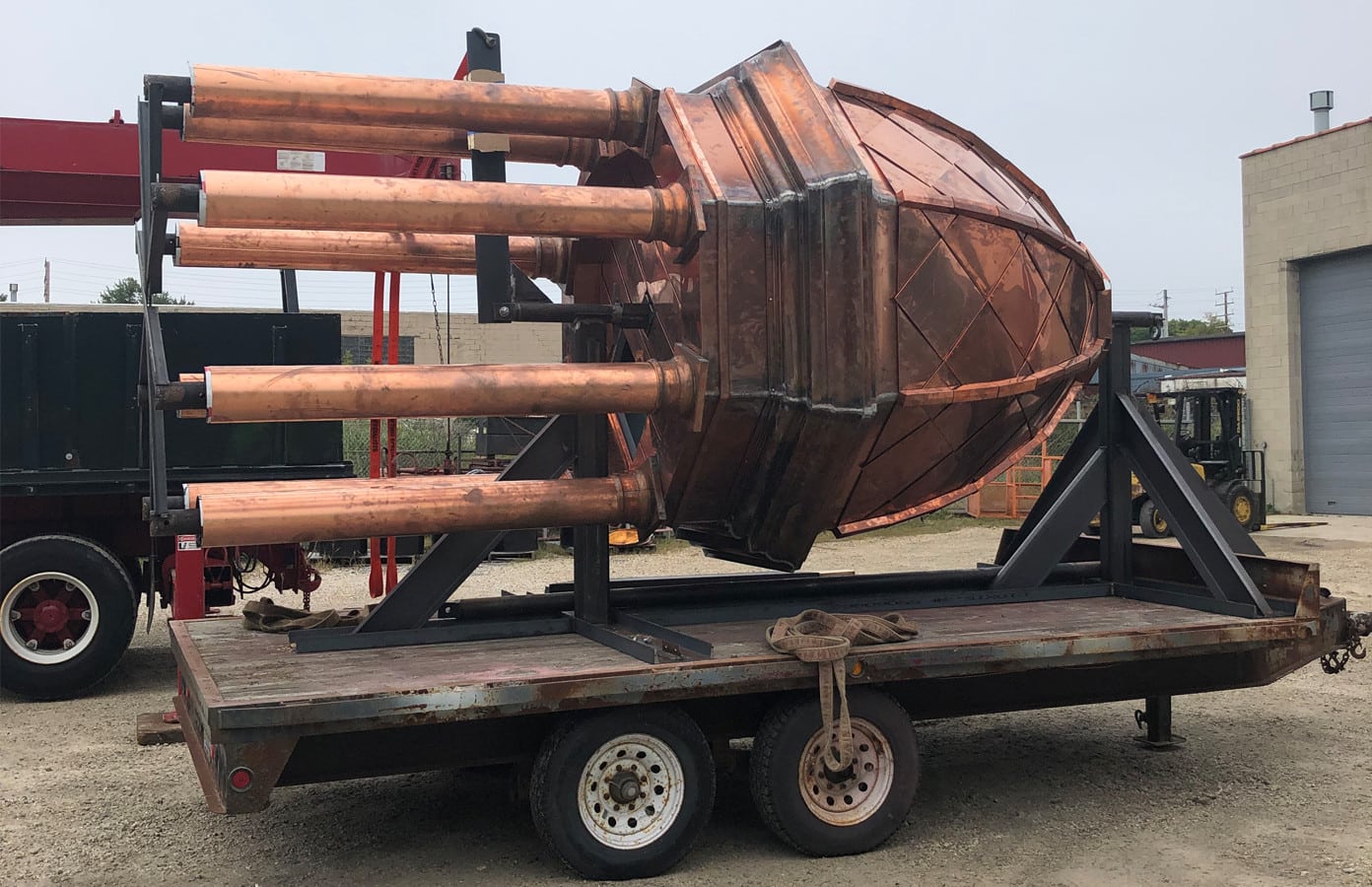 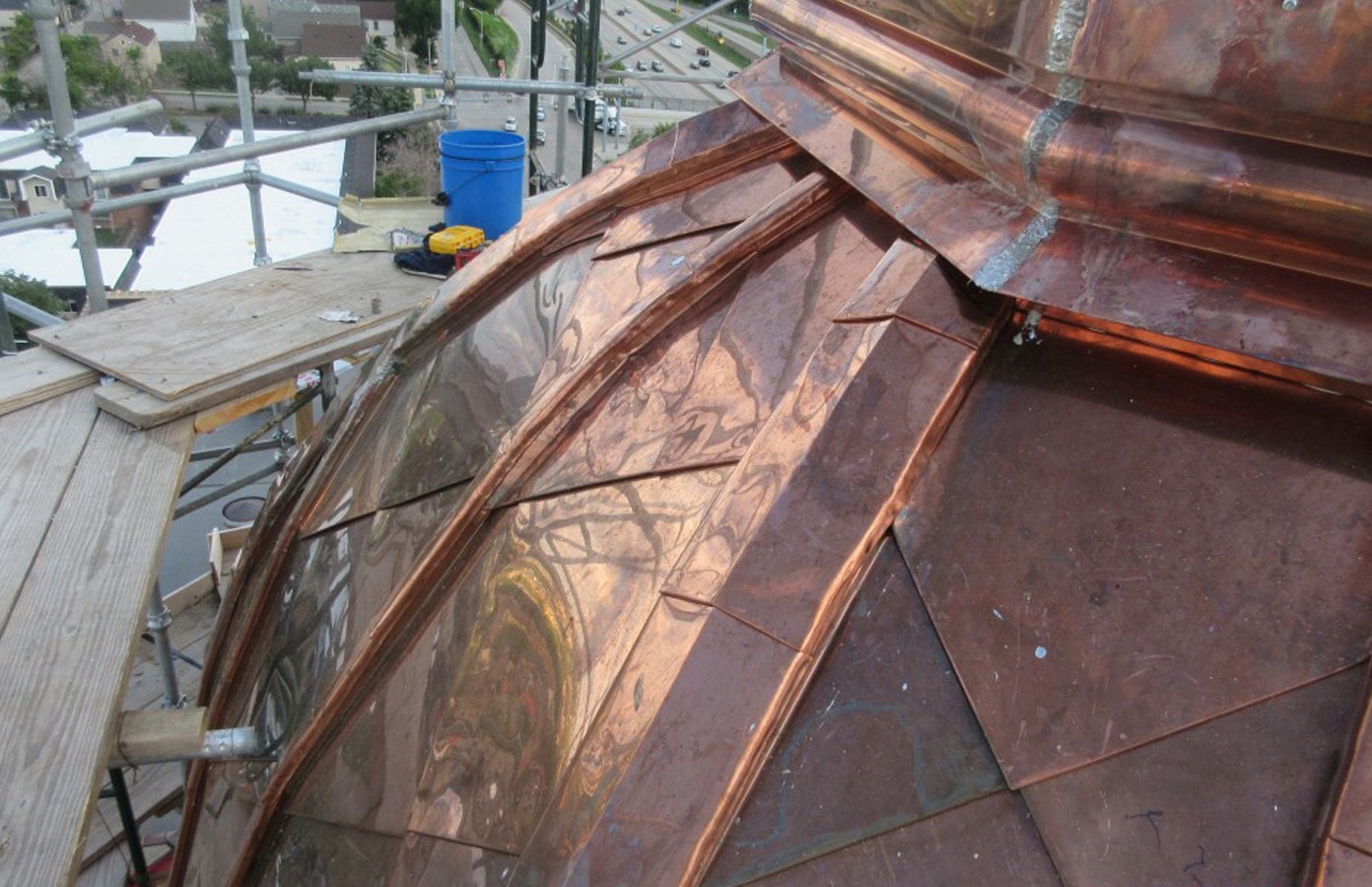 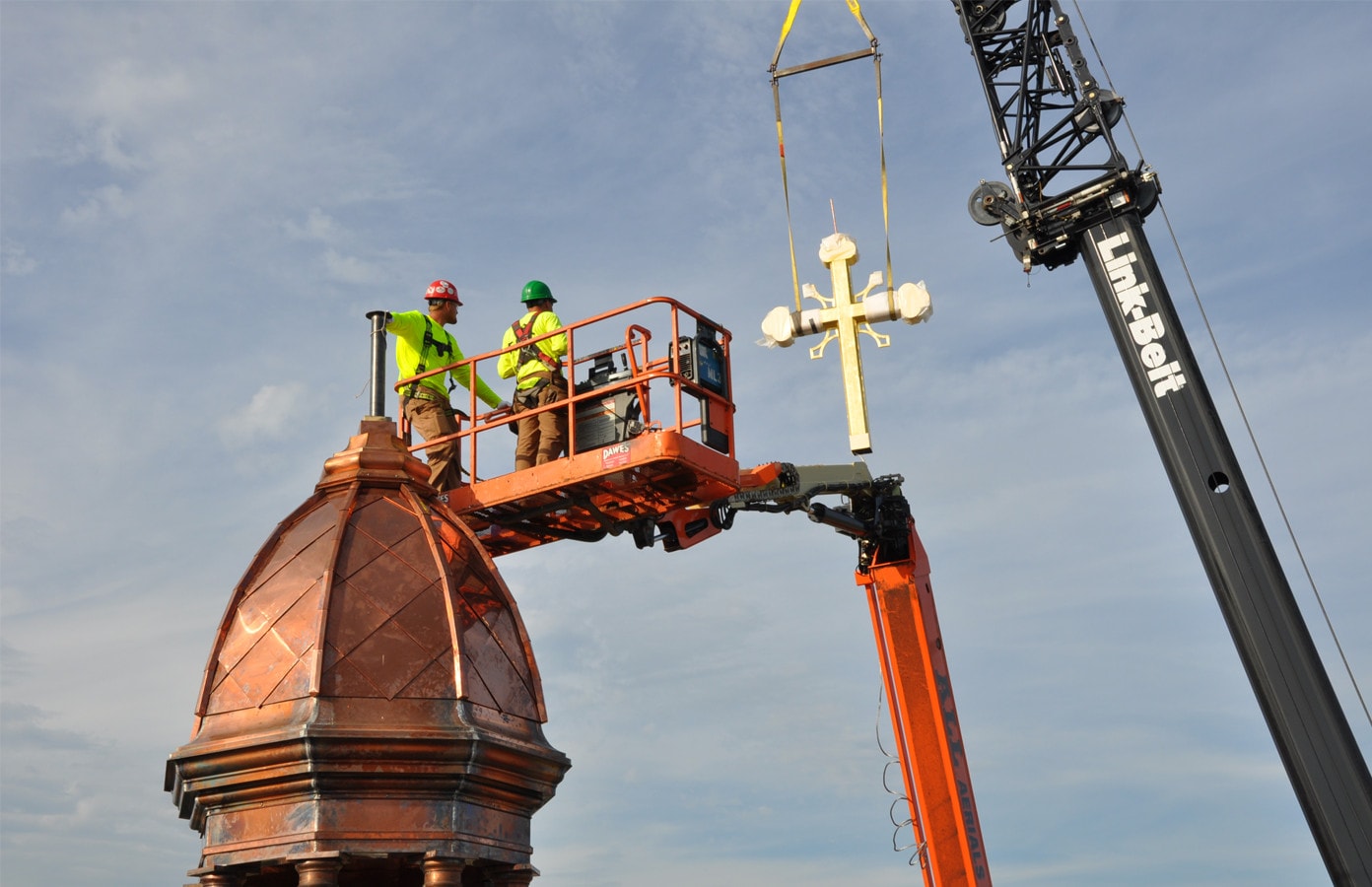 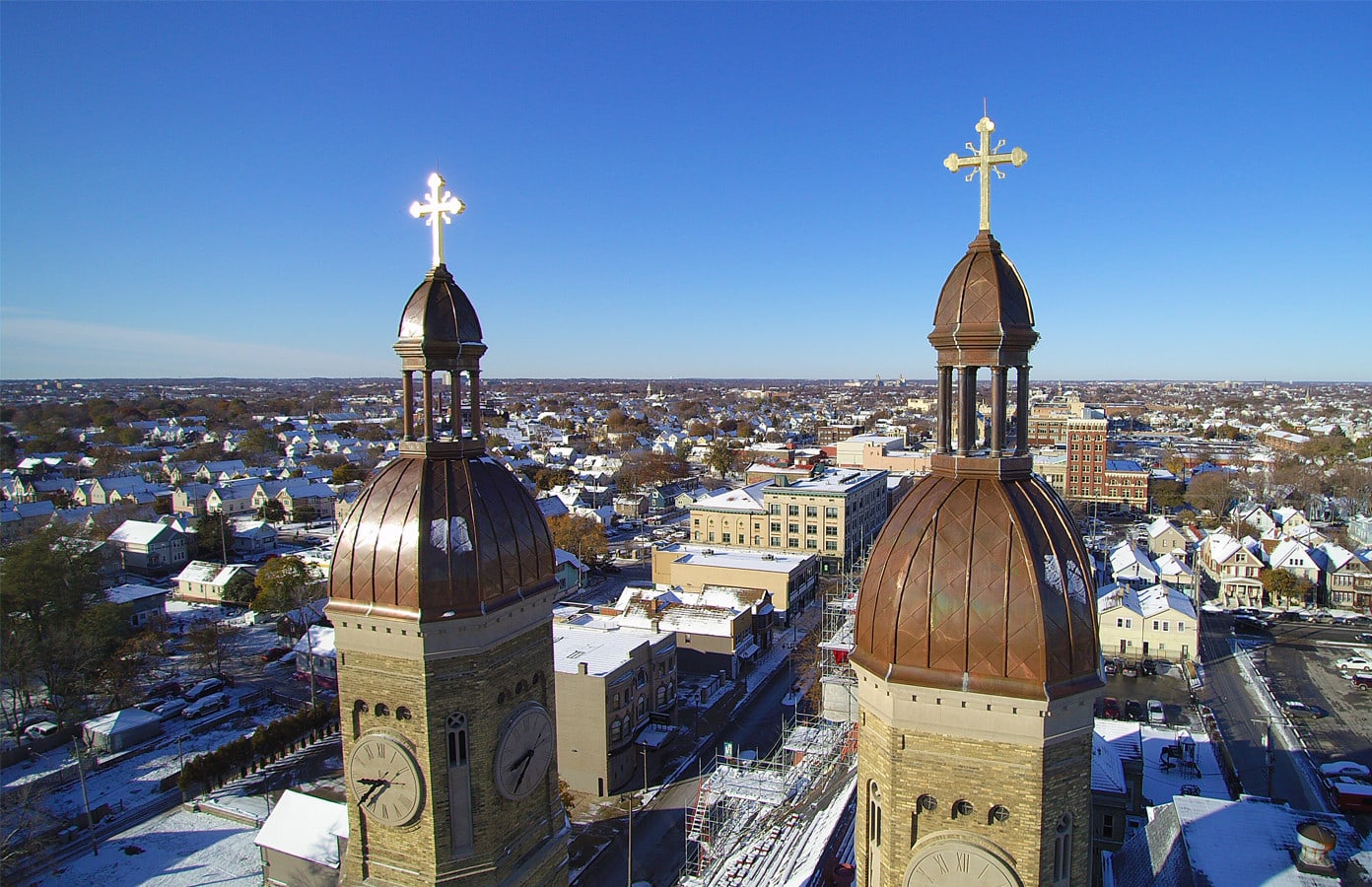 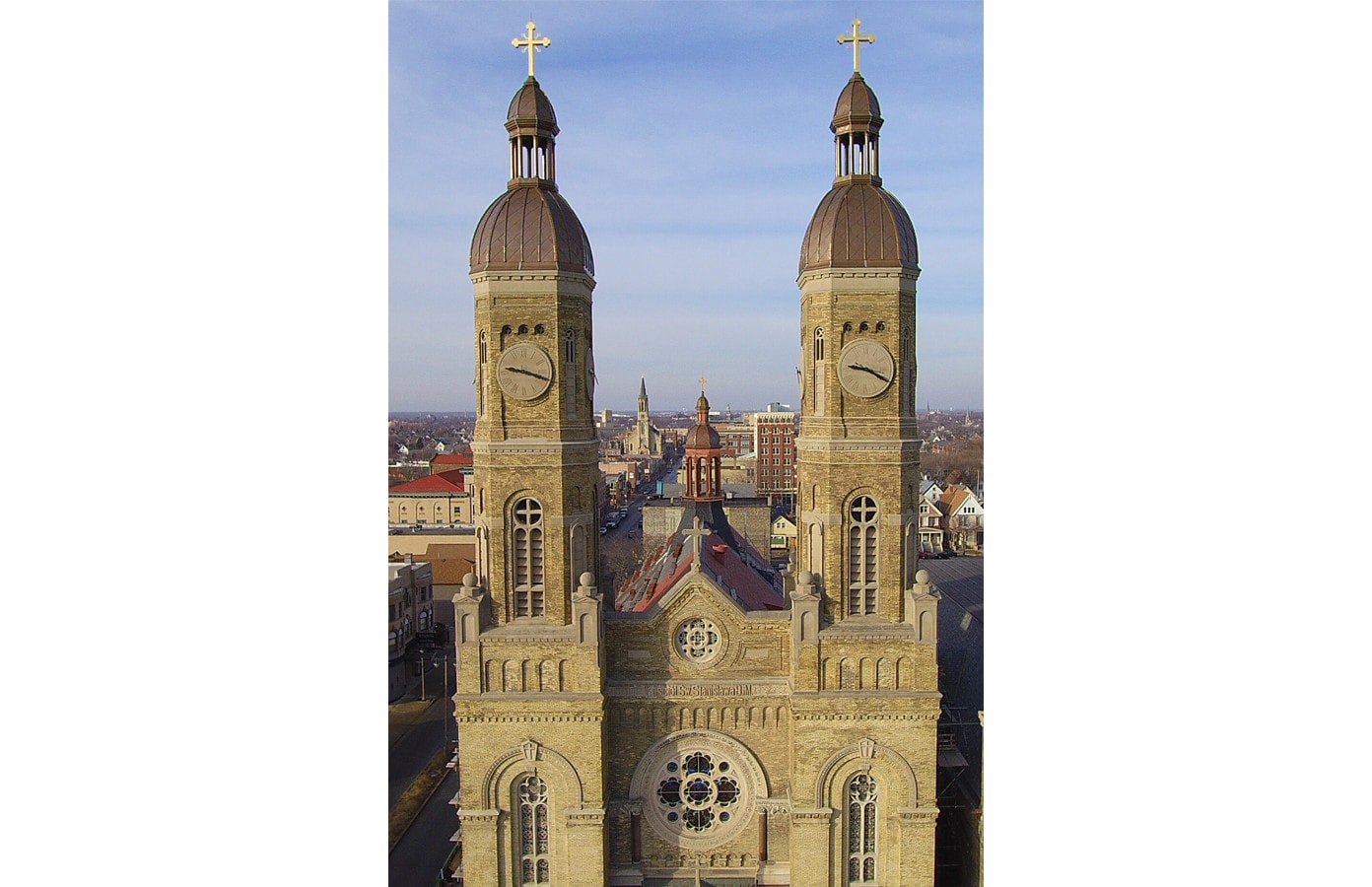