The Sun Tower, Vancouver, BC

The 1912 Sun Tower is a notable 17-story landmark building capped by a Beaux-Arts dome and cupola. Many thought the green dome and cupola of the Sun Tower was copper however it was in fact made of terracotta tile that had been painted to resemble aged copper. When completed, it was known as the World Building, and it claimed to be the tallest building in the British Empire. The Sun newspaper took ownership and occupancy in 1937, and despite having moved on to new digs in the 1960s, still lends its name to the building.

The terracotta tiles had exceeded their practical service life, and it was time to replace the roof. The owners and design team desired a true copper roof that replicated the existing tile and would deliver a long life span. The Sun Tower dome required engineered scaffold to access, a significant expense. When it comes to choosing restoration materials, owners want something that will last, because it costs so much to get back up there.

The tiles themselves didn't exist, and the owners turned to H&L to create them. Heather & Little took samples of the original tile and custom-stamped large 12’’X 1 .5" x 33" copper tiles that exactly replicated the terracotta profile. One challenge was designing the shingles to accommodate the curve of the dome, but copper is malleable enough to take on the required shape. It took 20,000 pounds of 20-ounce, 99.9 percent unalloyed copper to replicate the 4,580 terracotta tiles which were then shipped 2,725 miles to Vancouver where and a team of four H&L expert coppersmiths converged for the seven-month long installation.

The restoration also included a custom stainless-steel grid set on neoprene pads to seismically isolate the roof assembly, replacing the existing terracotta main dome gutter with an exact replica in copper, a standing seam copper roof on the cupola, and custom copper flashing at the various levels of the tower.

For now, the dome has been returned to its first appearance – which was brown for several years before it was painted. Of course, the tiles will develop their characteristic verdigris patina, so in time, the Sun Tower will be topped with a green dome again. The results have been well received – garnering a North American Copper in Architecture (NACIA) award. For more information on the Stamped Copper Tile and Sheet Copper roof restoration of the Sun Tower, view the images below. 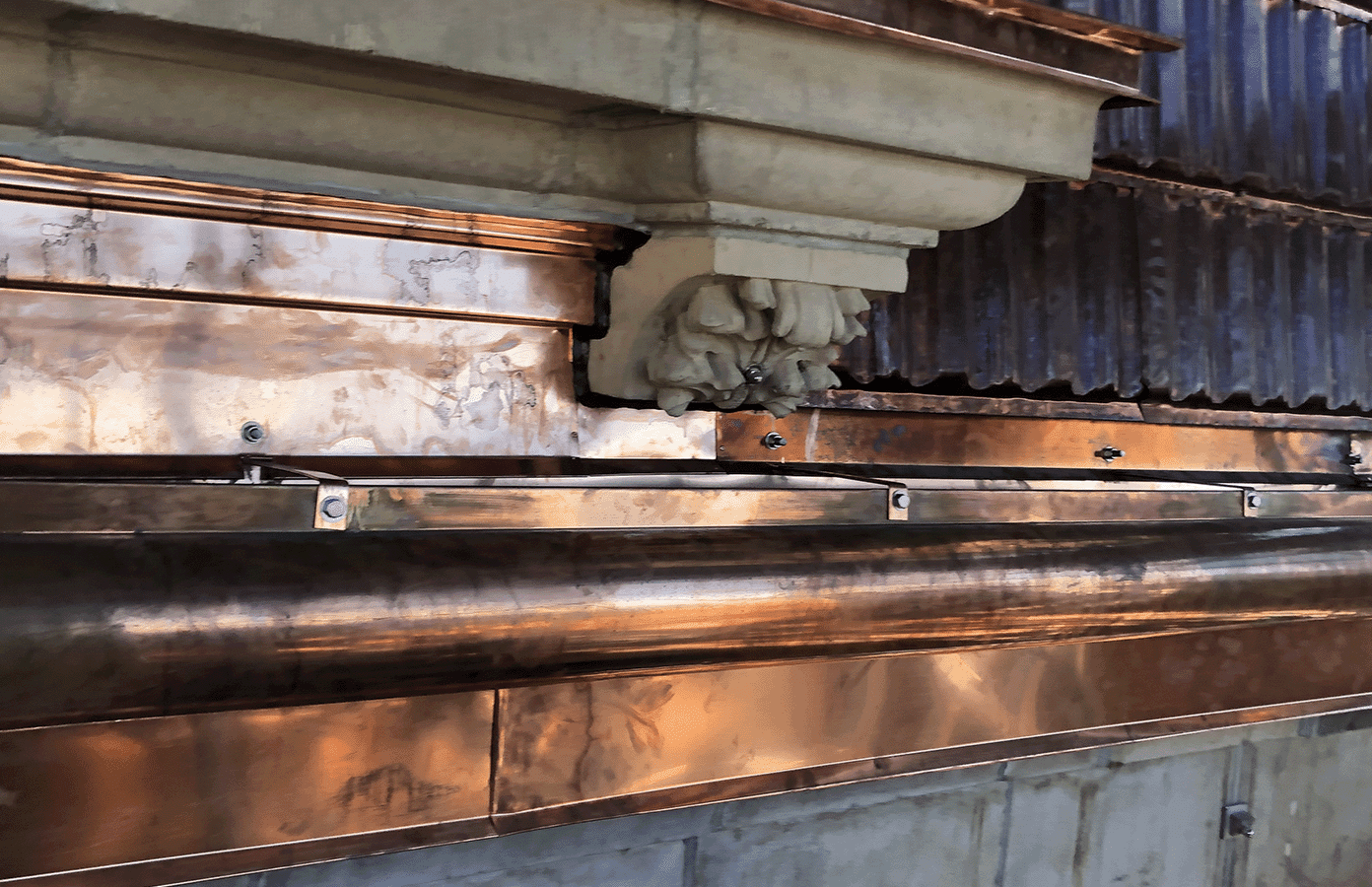 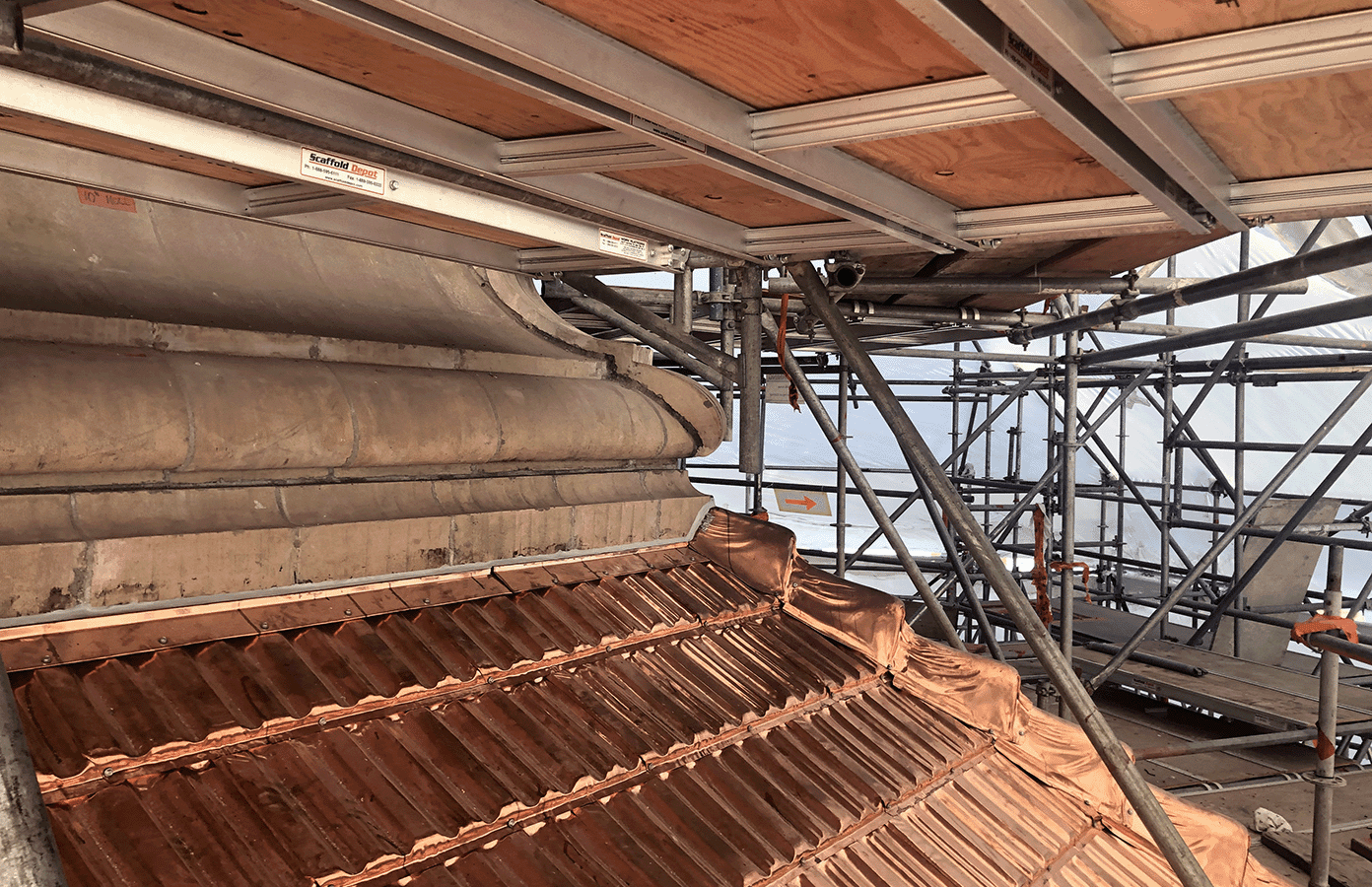 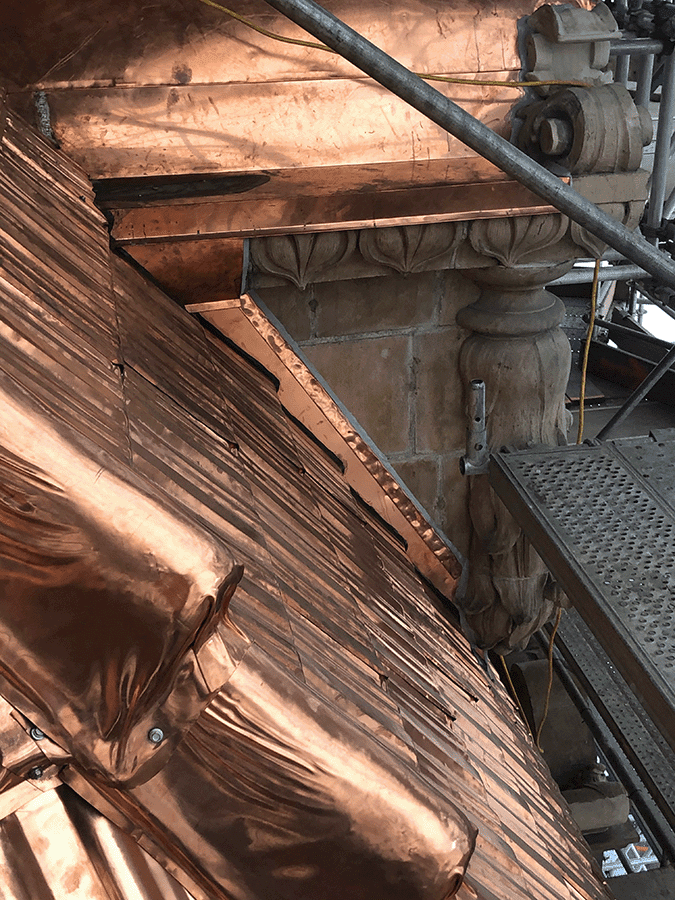 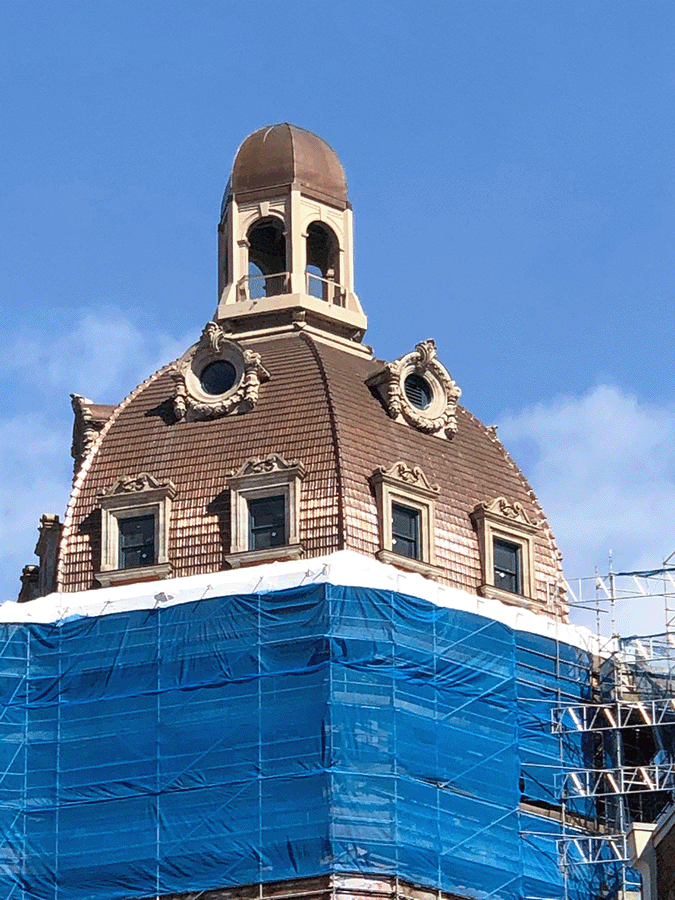 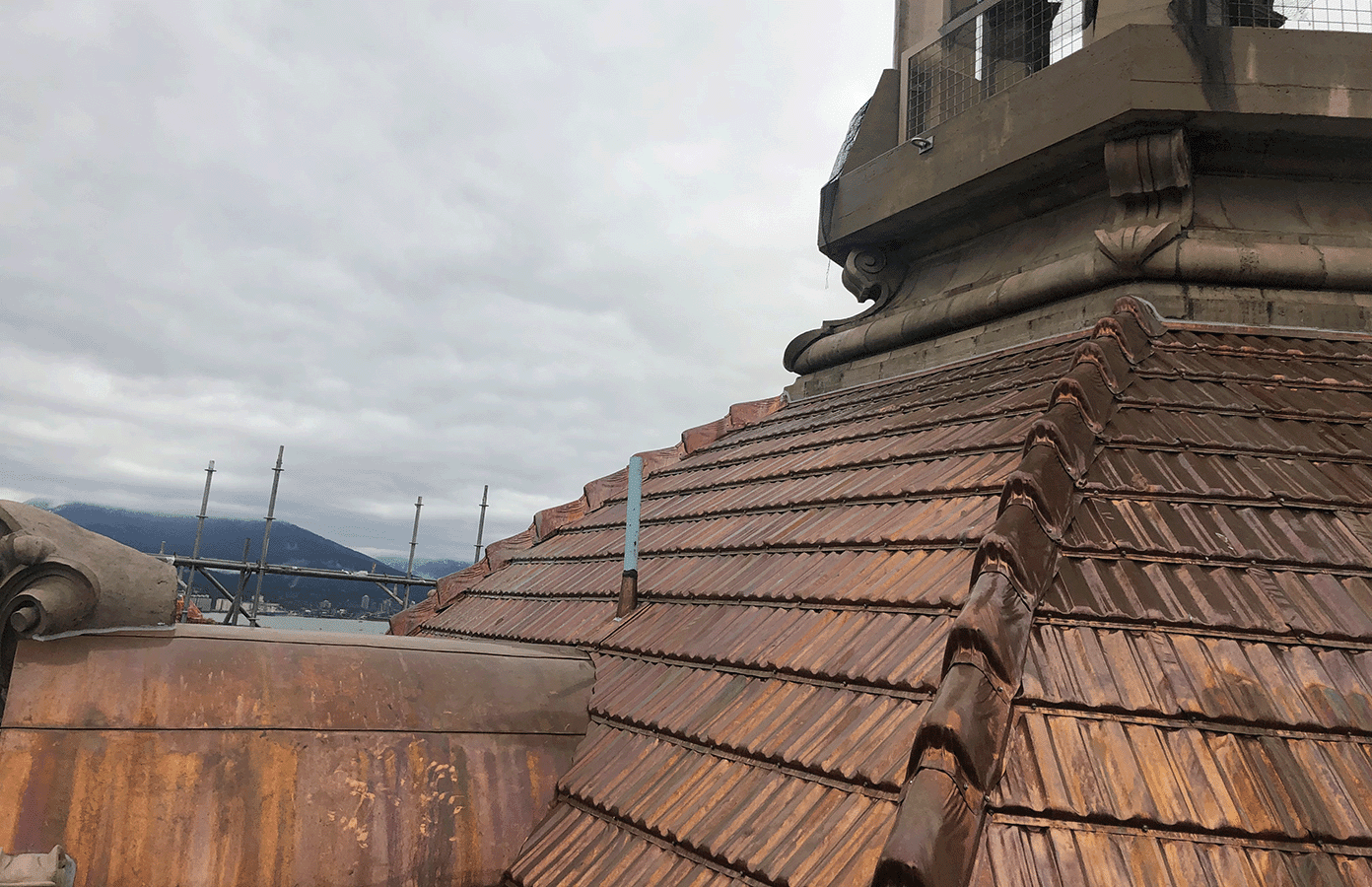 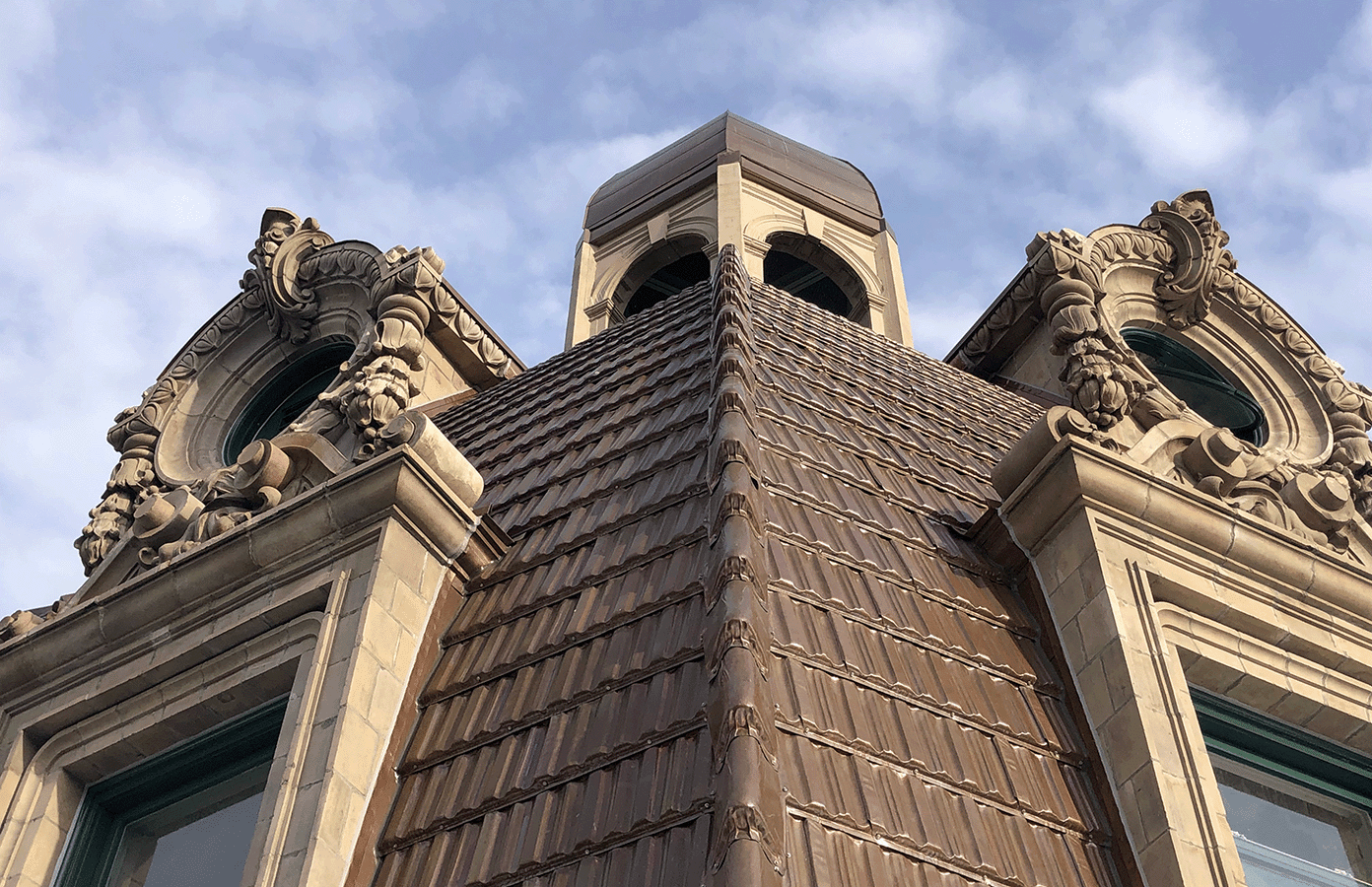 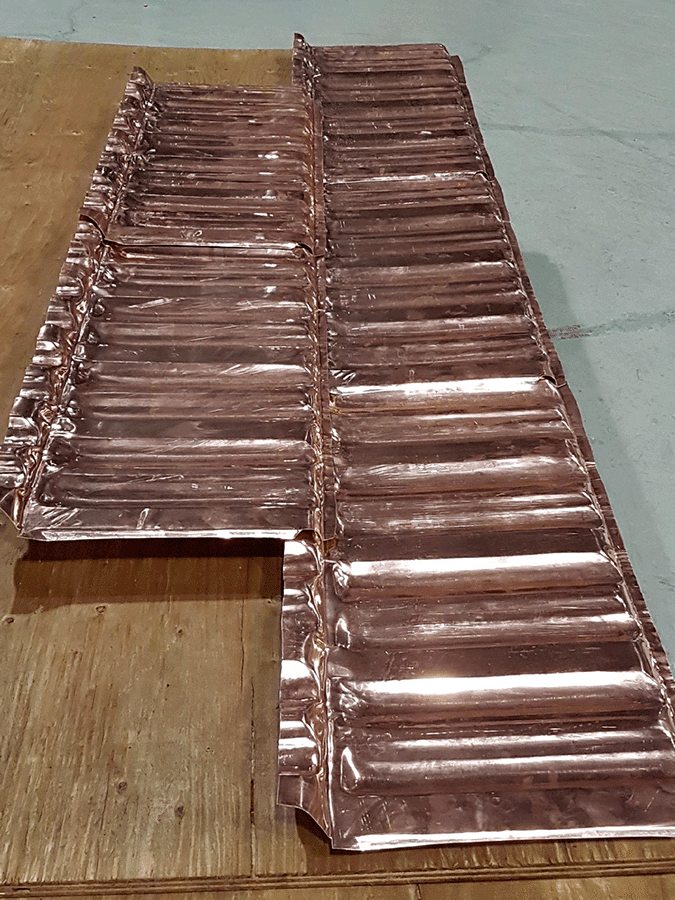 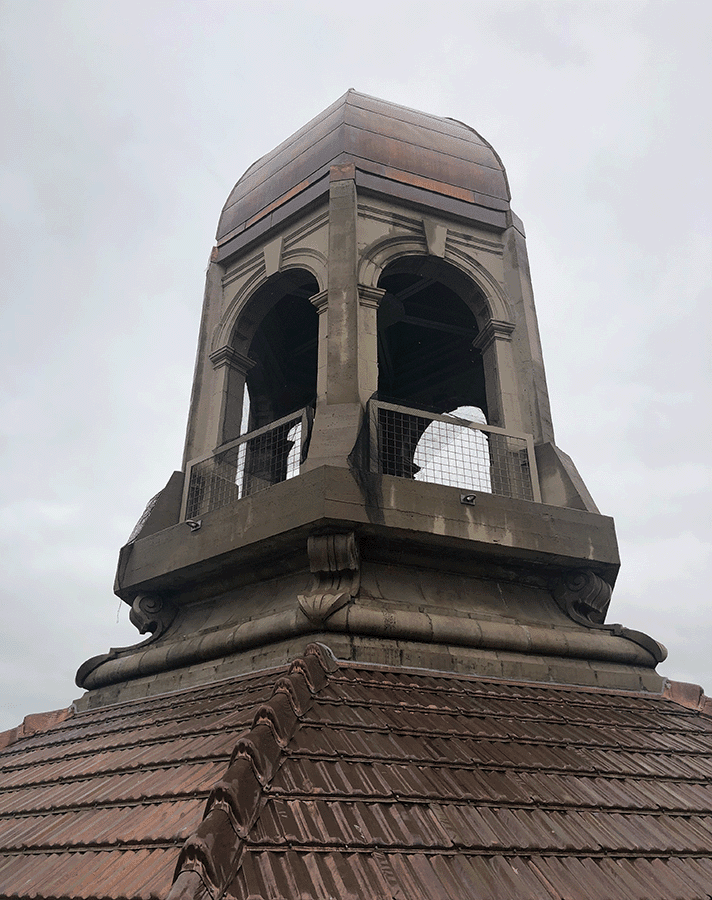