Toronto’s Old City Hall has been a prominent fixture in the skyline of the city since its completion in 1899. Designed in the Romanesque Revival style, the architectural highlights of the building include its square towers, asymmetric design, stone carvings and stone structures. Old City Hall also features a courtyard in the centre, making the building a hollow square in shape. Though only in use for 67 years as a proper city hall, this building was once the largest civic building in North America.

While Old City Hall may not be the current location for city politics, the building has become a dedicated court house. The building also gained the designation of a National Historical Site of Canada in 1984.

When Heather & Little took on this project, the entire sloped roof area including the clock tower required new copper roofing. This building restoration involved the reproduction of all the decorative sheet metal elements, bringing many of the details that were part of Architect E. J. Lennox's original vision back to life. The new roof is 20-oz. copper sheet, laid in a batten seam pattern. Because of the numerous dormers, snow guards were installed. Other details included the installation of bronze replicas of four stone Gargoyles that had been removed in 1938. This project granted us multiple awards for the work that was done. This includes the Project of the Year award from Canadian Roofing Contractors Association, and a North American Copper in Architecture Award (NACIA). 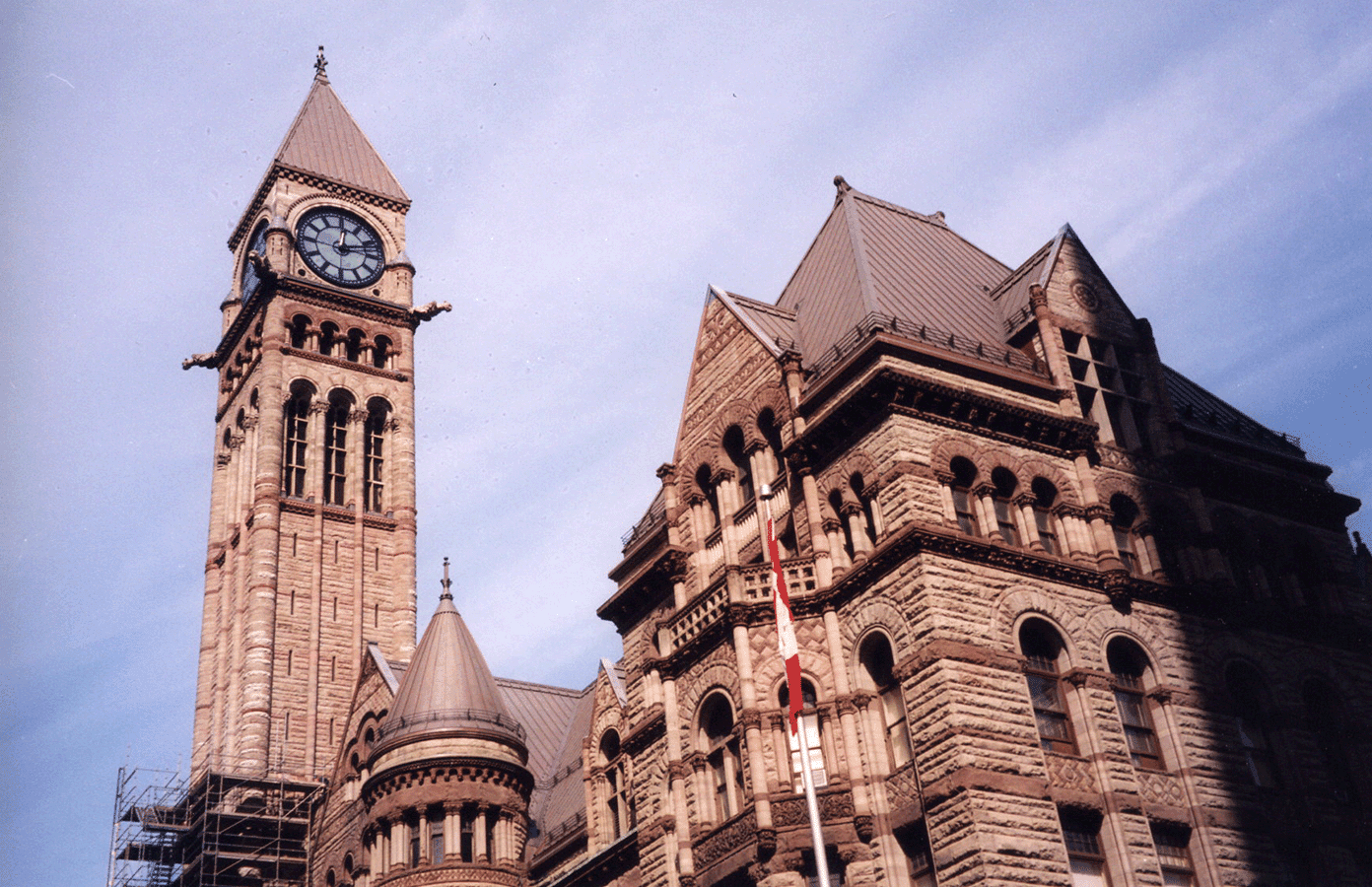 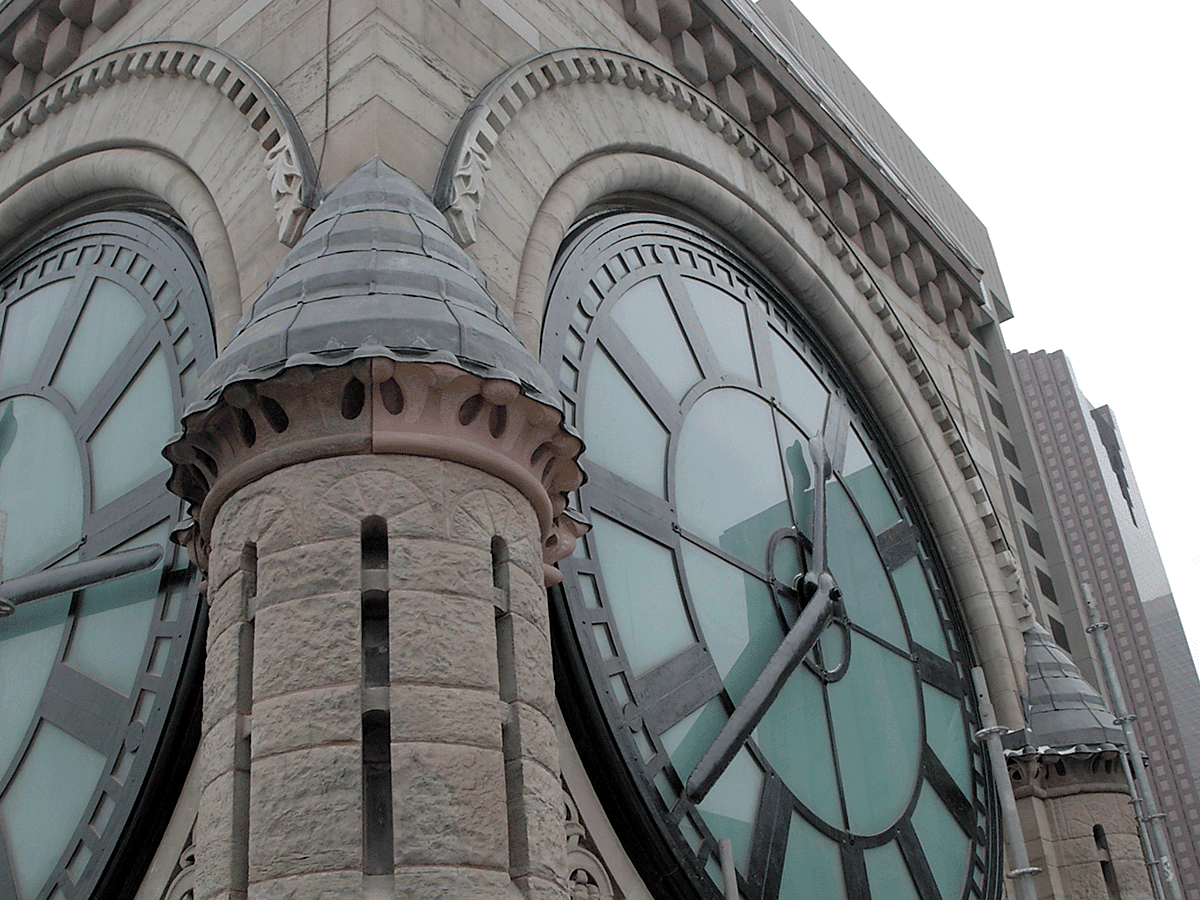 Lead work was used to cap these pillars at the corners of the clock tower. 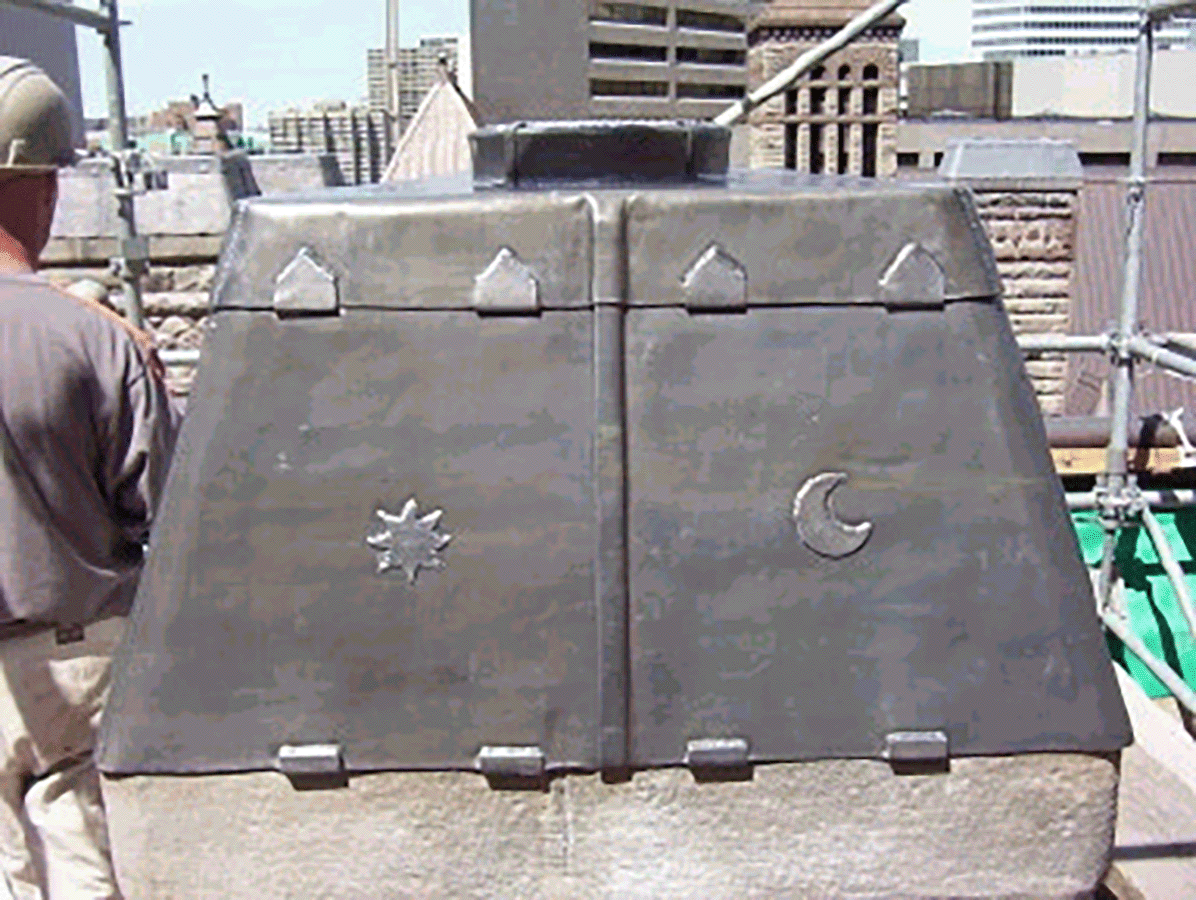 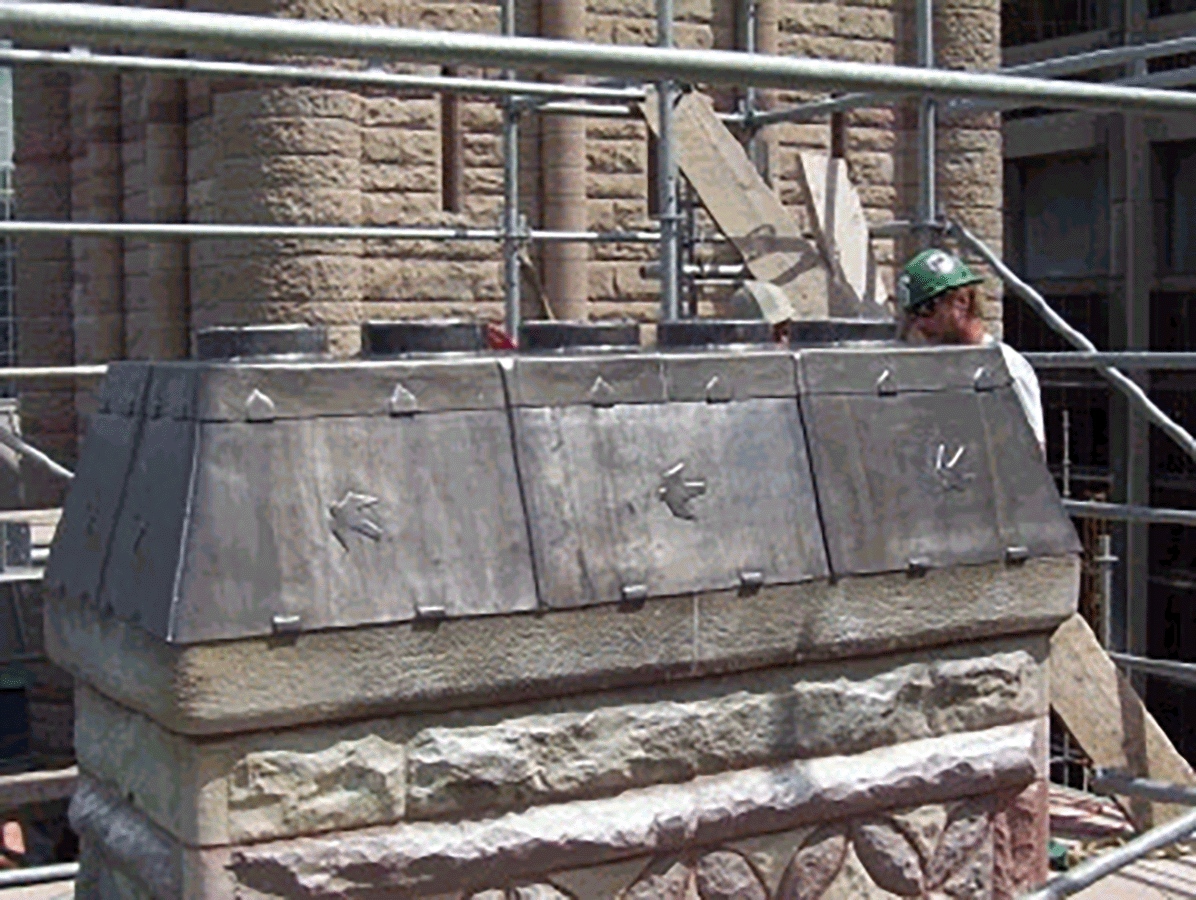 A missing gargoyle was replicated in cast bronze by MST Bronze of Toronto. 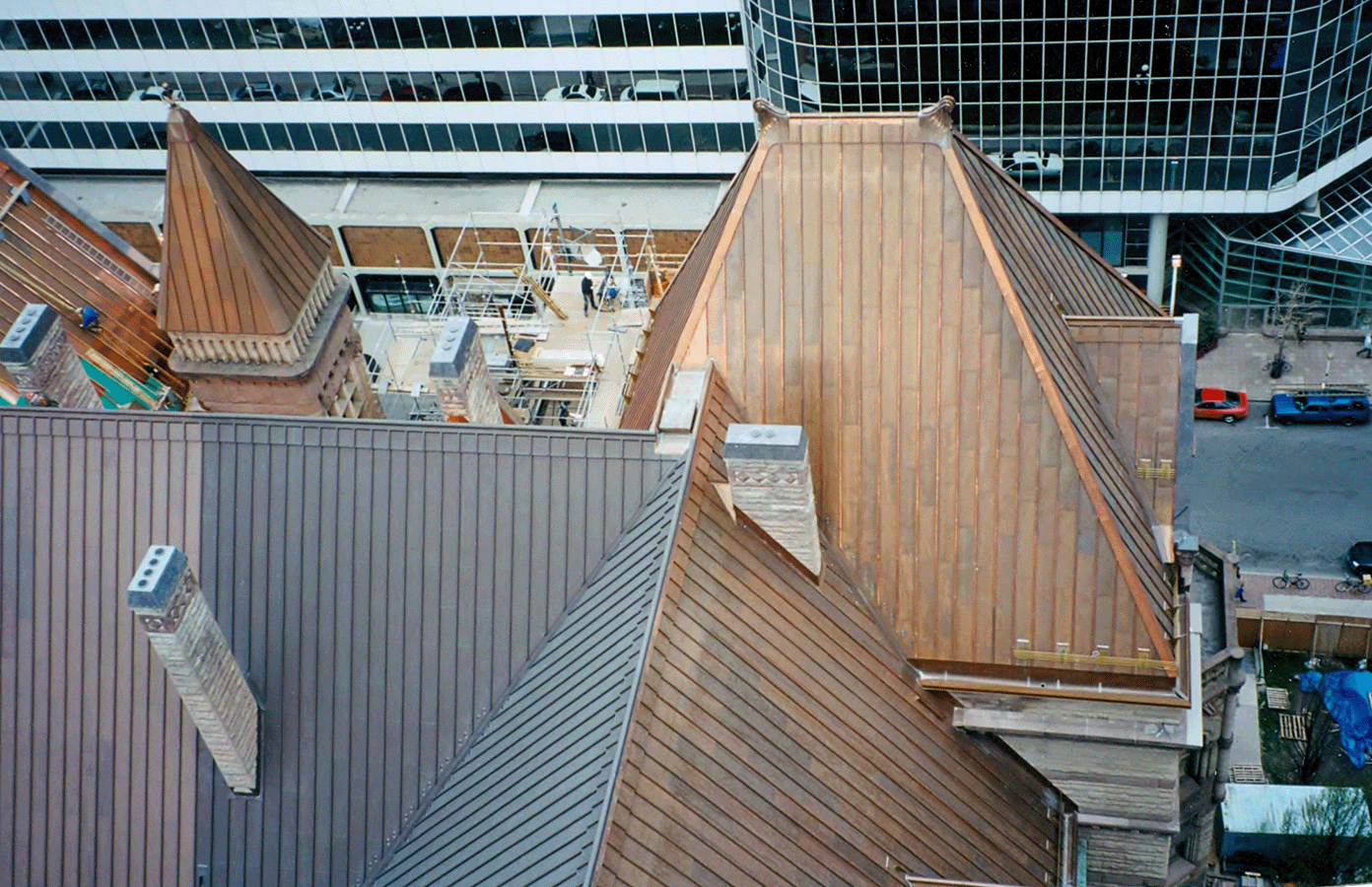 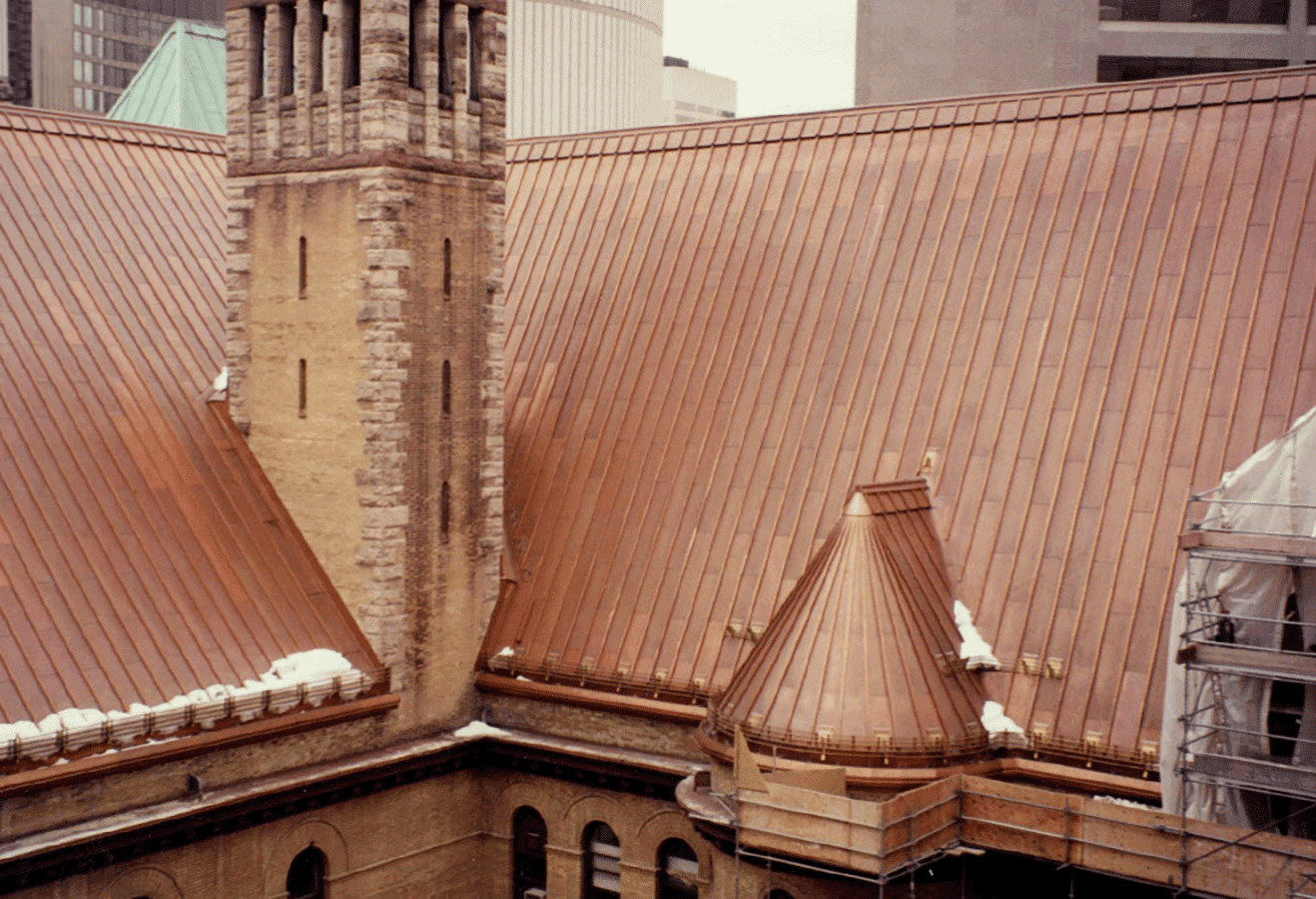 Here you see the snow restraint system / snow guards made from plate bronze with bronze piping. 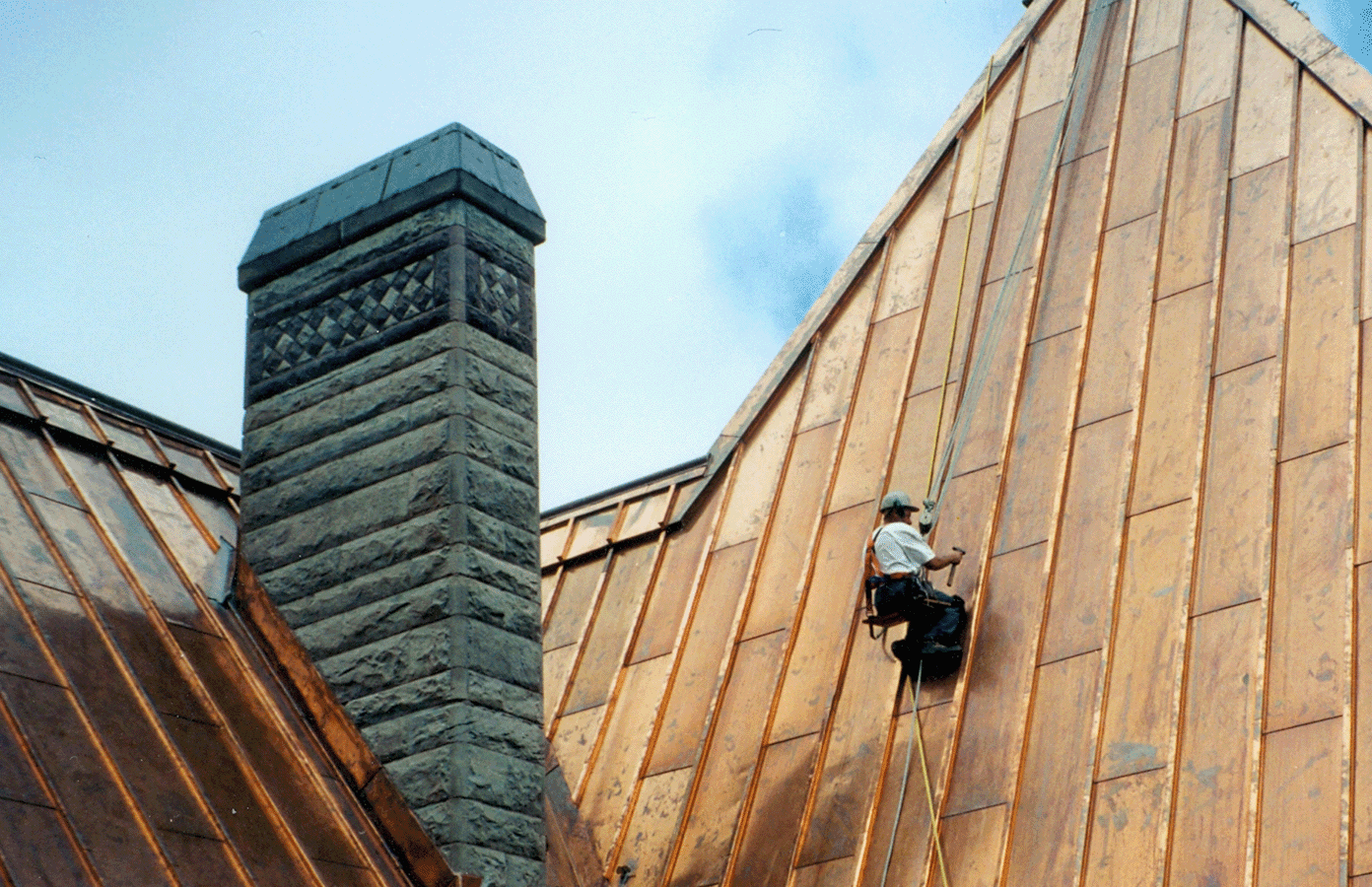 The majority of removals and the new copper roofing was done from bosom chairs. 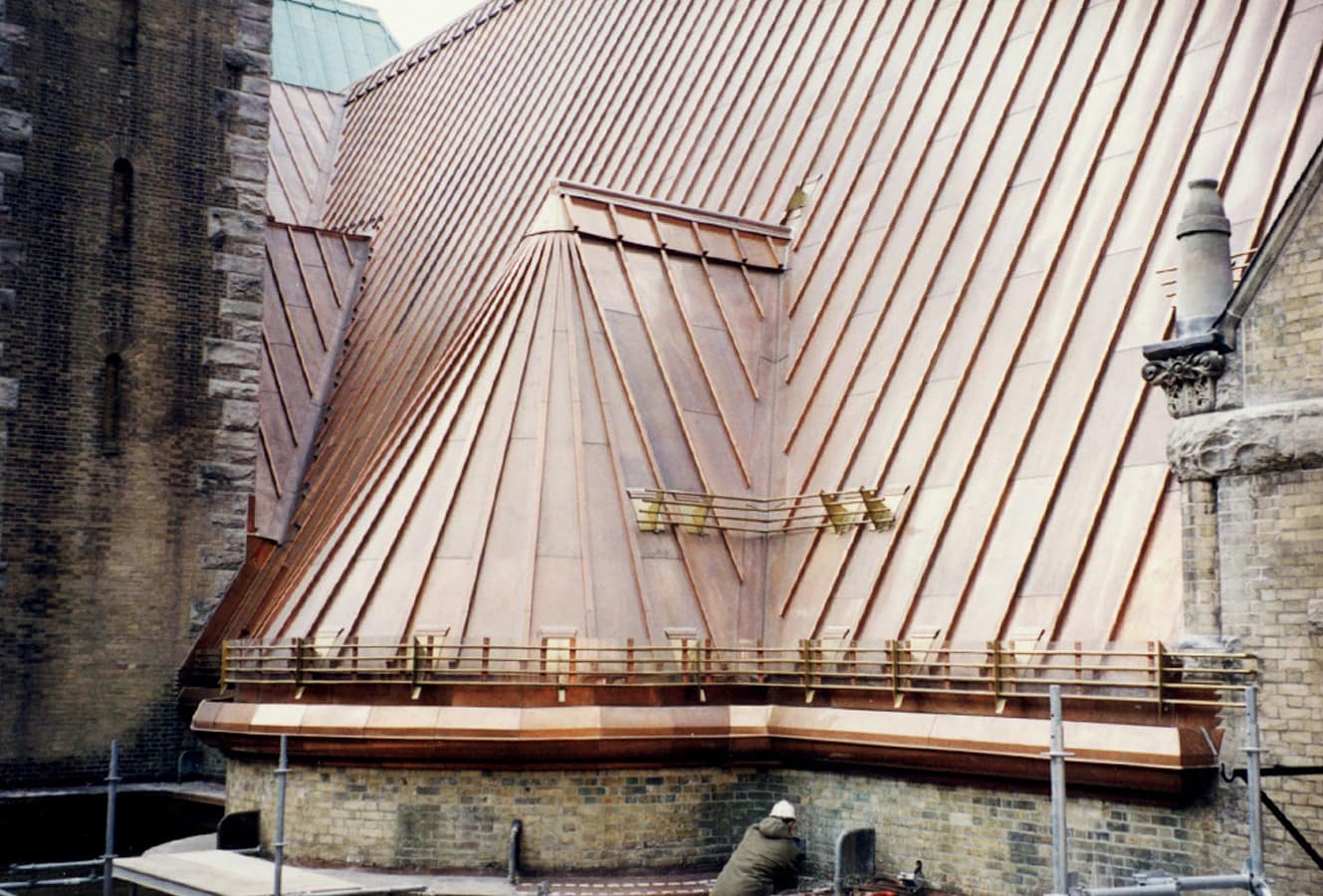 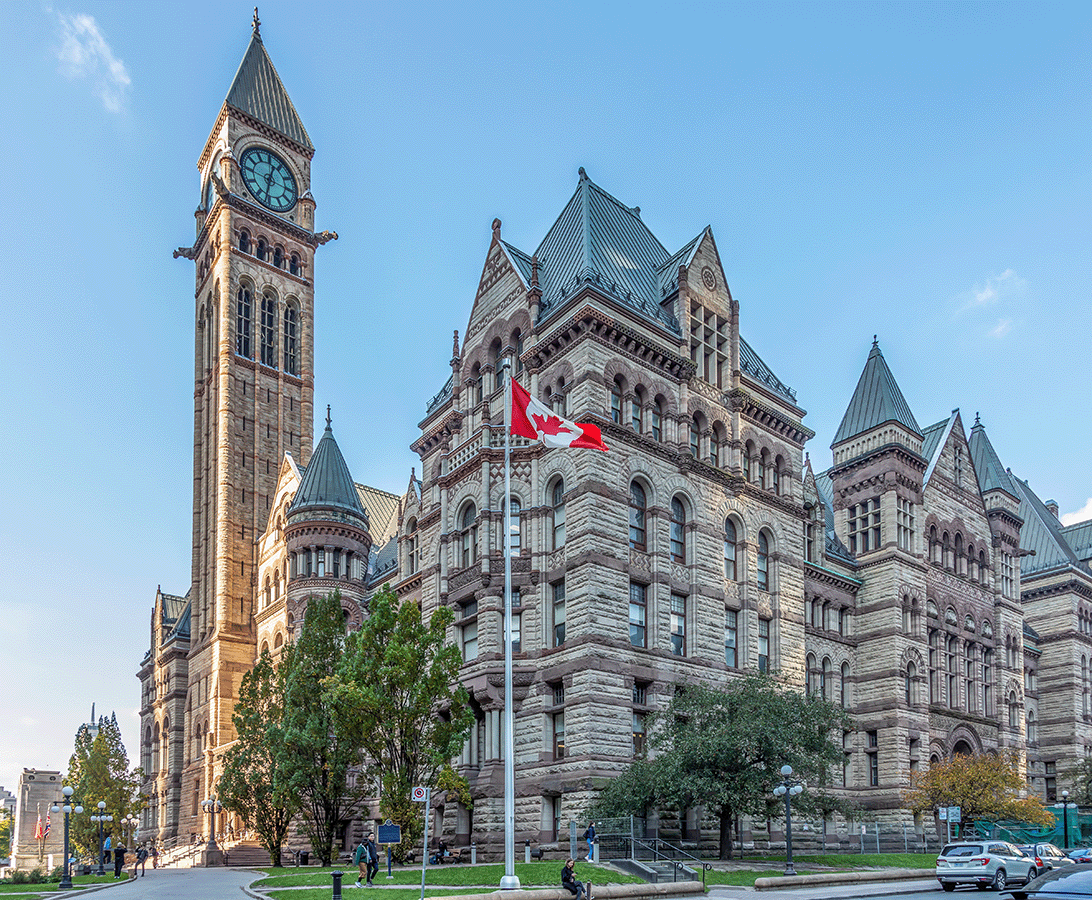 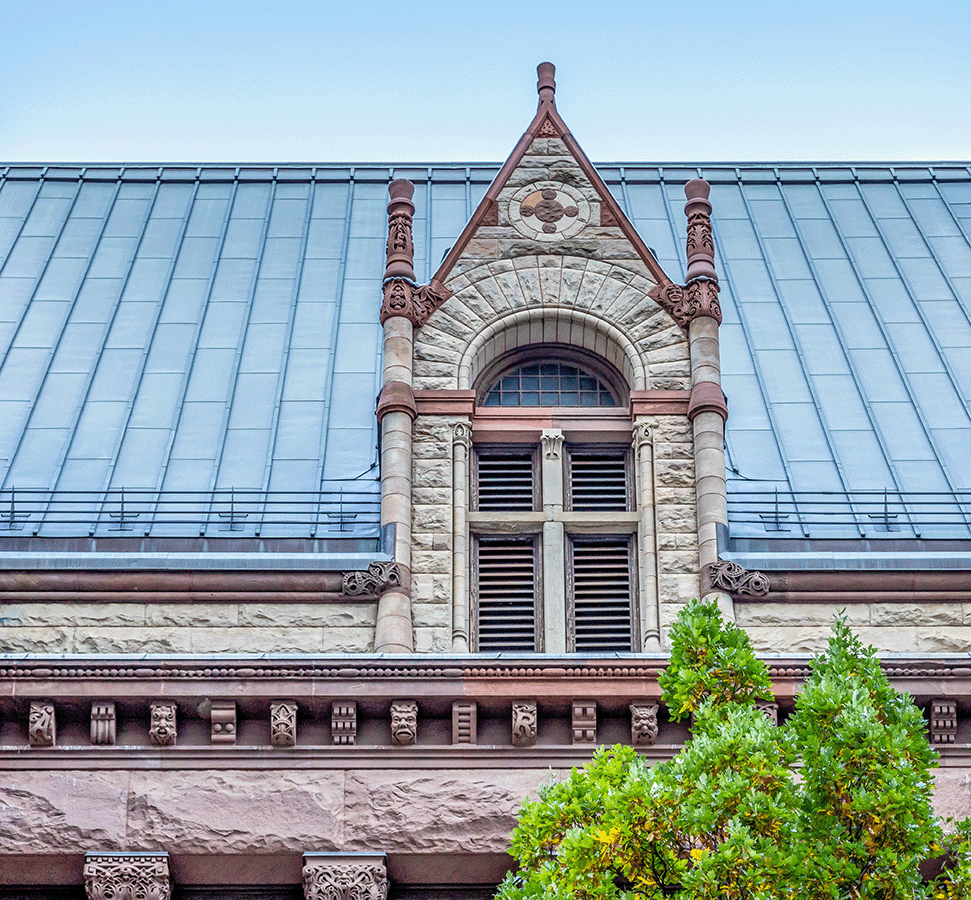