Atop the Milam County Court House in Cameron, Texas once stood a statue very similar to the Statue of Liberty. However in 1938, the original decorative sheet metal tower, the clock, and the statue of the “Goddess of Justice” (which had once been used for illegal target practice) were removed from the building. These historic decorative elements were removed in response to the increasing need for metal for World War II efforts. While the metal skin of the tower and the clock itself were used for the war, the statue was put away for safe keeping, just in case it would later be placed back on top of the court house. Unfortunately, this hiding place was so good that after more than fifty years, the statue still cannot be located!

In the early 2000s, a major restoration of the courthouse began, funded by the county and the Texas Historical Commission. Heather & Little was commissioned to handle the Lady Justice statue replication project for the Milam County Court House.

Because the original statue could not be located, our craftsmen carefully reproduced the Goddess of Justice from drawings and old photographs. Using 24-ounce sheet copper and traditional repousse techniques, a new statue was made to stand in place of the missing statue.

Today, this beautiful statue adorns the highest point of the building’s tower, reminding local residents of the history of the court house.

To see images of this statue replication project, please browse the photos below: 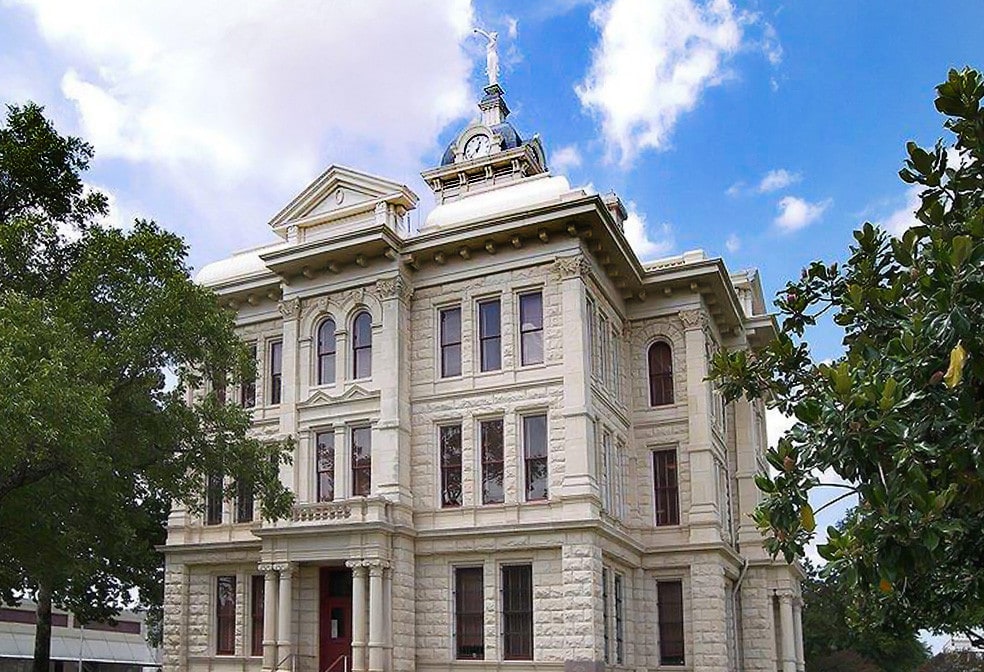 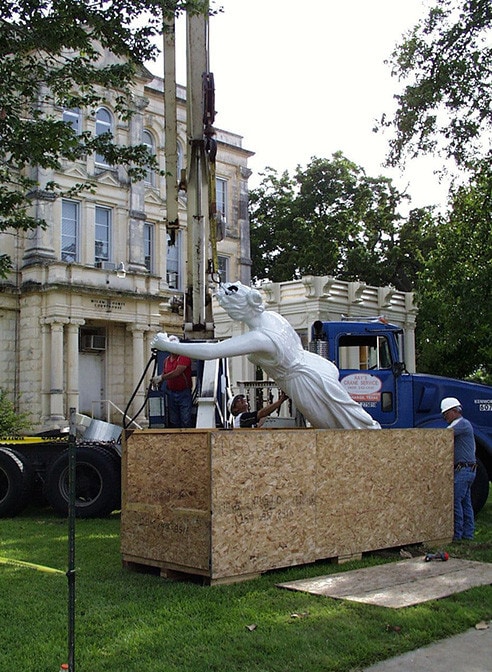 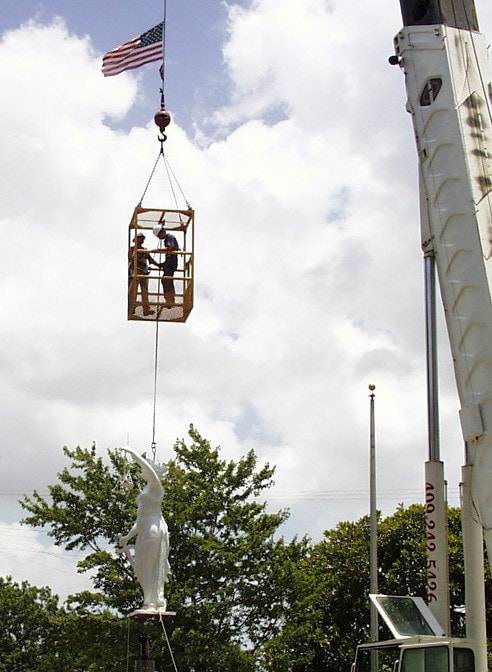 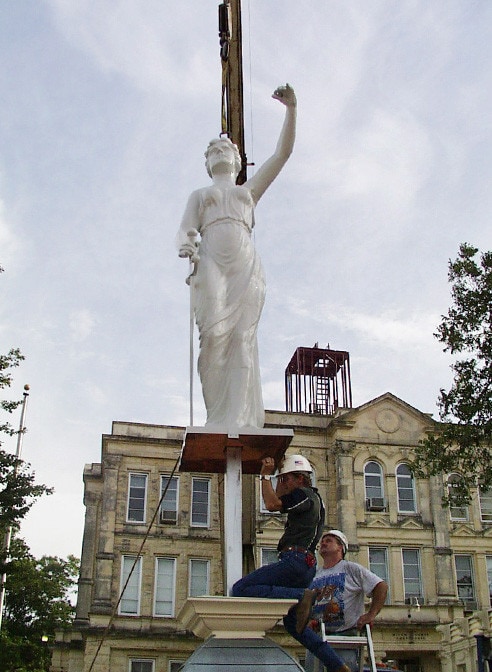 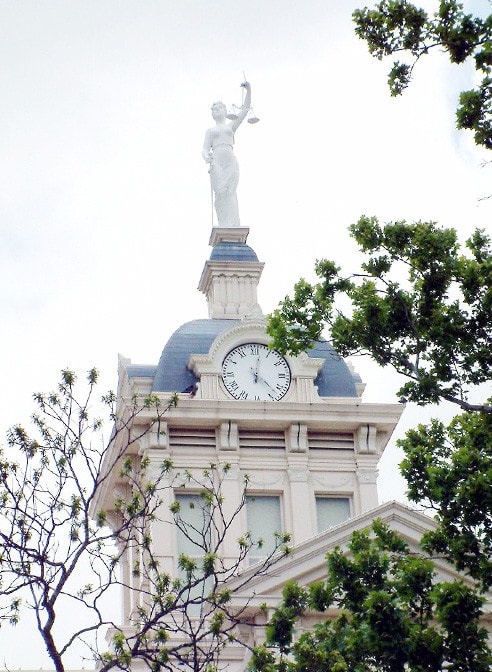